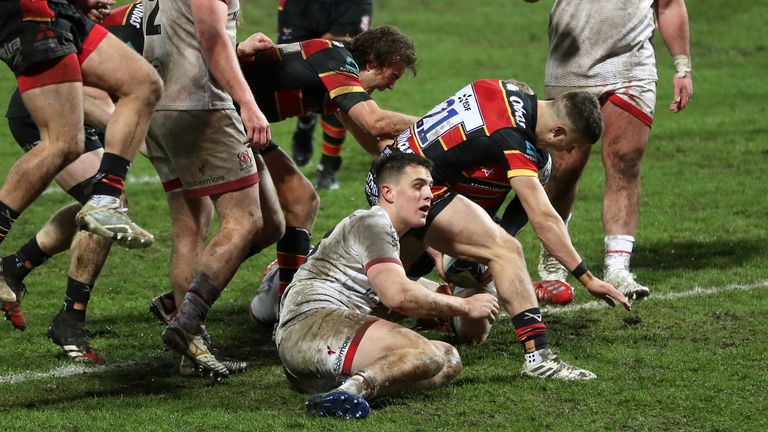 George Barton came off the bench to snatch victory from the jaws of defeat for Gloucester in a see-saw 38-34 win over Ulster in Saturday’s Champions Cup Pool 2 clash at Kingsholm.

Louis Rees-Zammit put Gloucester ahead early on and although Billy Burns went over against his old side, a penalty try following a sustained spell of pressure and yellow cards for both Rob Herring and Alan O’Connor saw the hosts lead by 10 points.

However, the Cherry and Whites could not make the most of that numerical advantage and a penalty from John Cooney pulled it back to 17-10 at half-time, although Mark Atkinson’s converted score put the hosts 14 points clear soon after the restart.

Ulster managed to claw their way back into the contest to lead though via a Michael Lowry, Cooney and a penalty try with 11 minutes to play, but another penalty try to the hosts – which saw Ethan McIlroy sin-binned – set the stage for 20-year-old Barton to grab the win on the final play of the game.