Super League side Warrington Wolves ran in six tries to book their place in the Challenge Cup quarter-finals as they beat Swinton 32-8.

Luis Roberts’ try and two Martyn Ridyard goals had given Swinton the lead at one stage, but Warrington always had too much for their Championship opponents. The last-eight tie between the Wolves and the Dragons will be a repeat of the 2018 Wembley final in which the French side triumphed to become the first non-British side to lift the famous old trophy.

The Wolves paid due respect to their Championship opponents by naming a near full-strength team although there was still no place for former Australian Test centre Greg Inglis.

The 34-year-old has not played for almost two years after announcing his retirement in April 2019 and was also left out of the Wolves’ first two Super League fixtures to give him more time to build up his fitness; it will be a case of wait-and-see again next weekend ahead of the trip to Hull, according to coach Steve Price.

The Lions were no respecters of reputations and took it to their Super League opponents in the opening exchanges, and their ambitious approach to the game saw them take a shock 8-4 lead midway through the first half. 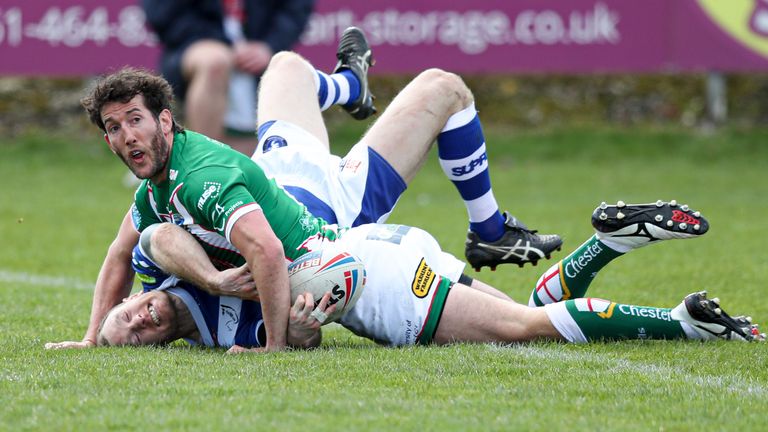 Winger Lineham’s try levelled matters at 8-8 before two tries in the final six minutes of the half from King and half-back Austin looked to have settled any Warrington nerves as they went in at half-time leading 20-8.

However, the expected points avalanche in the second half never materialised as the Wolves struggled to make any impression on a stubborn Swinton rearguard.

It was only 13 minutes from time that they added to their total with a try from former Swinton full-back Ashton, who then, unfortunately, was forced to leave the action soon after on his return to his former club following a heavy head knock.

The unconvincing Wolves did have the final say when Walker claimed a fine individual effort in the closing minutes to give a somewhat flattering look to the final scoreline as the Championship side took many of the plaudits for their efforts.