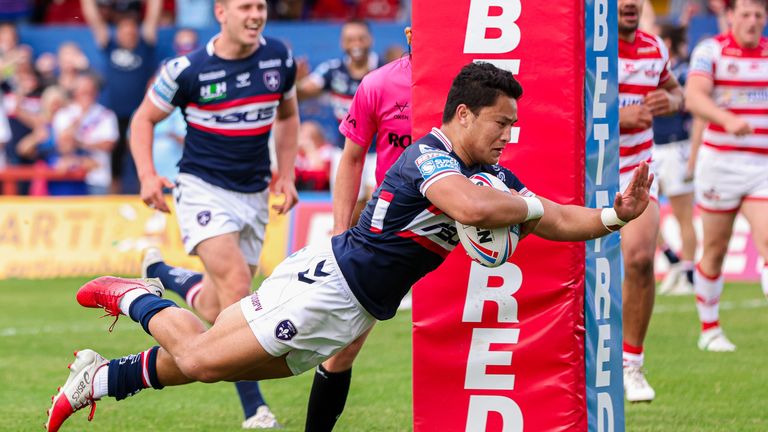 Joe Westerman brought up a century of tries on the 350th appearance of his career to help Wakefield maintain their resurgence with a 30-20 Betfred Super League win over bottom club Leigh at Belle Vue.

However, Trinity were made to work hard for a third successive league victory by an injury-hit Centurions outfit which for long periods looked capable of breaking their duck in a fixture brought forward from July.

Half-back Joe Mellor marked his return from a five-match injury absence with two tries as the Centurions twice held the lead and Wakefield needed two tries in the last nine minutes from former Leigh winger Liam Kay and scrum-half Mason Lino to spare their blushes.

Caretaker Centurions coach Kurt Haggerty, who was handed the reins in midweek following the departure of John Duffy, will be delighted with the performance of his side despite a ninth defeat from as many games. 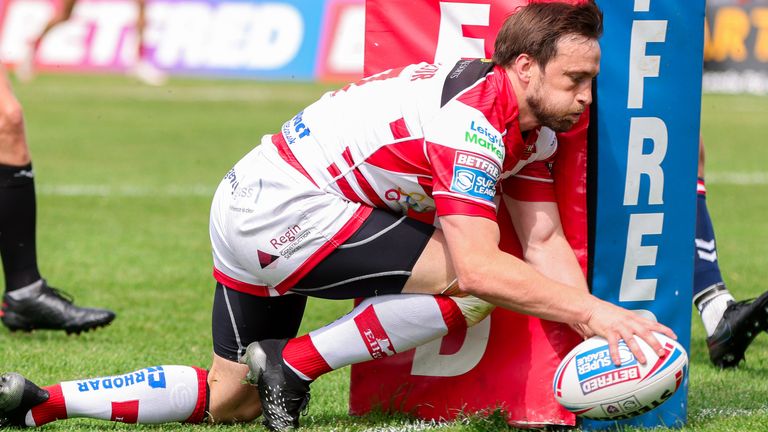 He was without regular scrum-half Ben Reynolds because of suspension and, with eight other players sidelined through injury, the presence of three backs on the bench illustrated the club’s lack of depth among the pack.

Yet Haggerty told his players to enjoy their rugby and they followed their coach’s instructions to the letter in a bright first half-hour as they opened up an 8-0 lead.

They looked particularly dangerous through the right-wing partnership of Junior Sa’u and Anthony Gelling but it was an opportunist play by Mellor that brought them the game’s first try as he chipped the ball over the Wakefield defence and won the chase to get the touch. 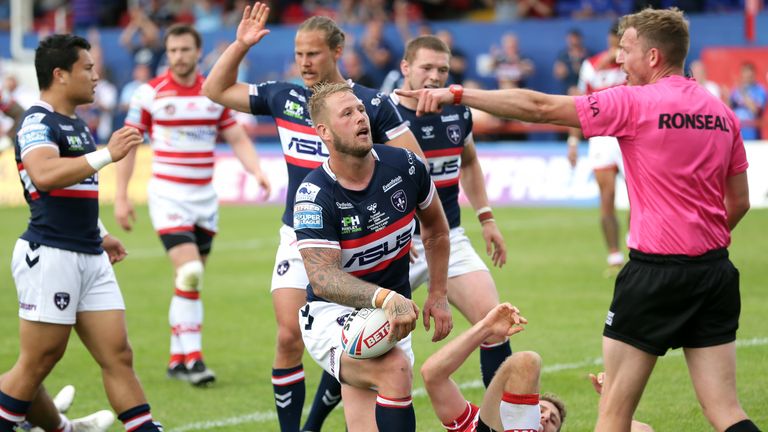 Ryan Brierley kicked the conversion and added a penalty to put the visitors into an 8-0 lead which was thoroughly deserved.

Wakefield, who were still without winger Tom Johnstone and lost forward Kelepi Tanginoa with a knee injury after 12 minutes, gradually worked their way into the game but lacked a finishing touch.

Full-back Max Jowitt was denied by a last-ditch tackle from his opposite number Brendan Elliot, Westerman was held up over the line and Kay was bundled into touch as he tried to get over in the corner. 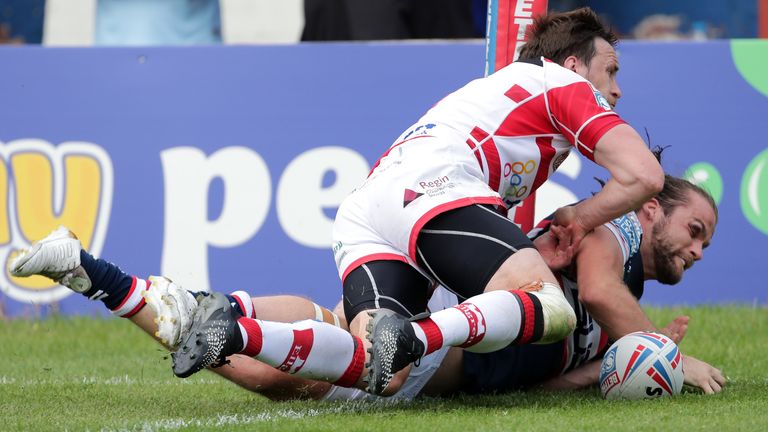 Trinity’s stuttering attack finally clicked towards the end of the first half, thanks largely to the offloading game of substitute prop David Fifita which helped produce two tries in three minutes for second-row pair Jay Pitts and James Batchelor.

Lino kicked both conversions to give the home side a 12-8 interval lead and Westerman increased it with his landmark try nine minutes into the second half.

Lino’s third goal made it 18-8 but Leigh were in no mood to fold as they struck back with two tries in 10 minutes.

Substitute Craig Mullen split the Wakefield defence for Mellor to score his second try and a half-break from Brierley gave winger Lewis Tierney the chance to storm over at the corner.

Brierley maintained his accuracy with a touchline conversion to put his side back in front but Kay won it for Wakefield as he collected Jowitt’s cut-out pass to score his sixth try in his last four matches.

Lino added the finishing touches with a solo effort seven minutes from the end.