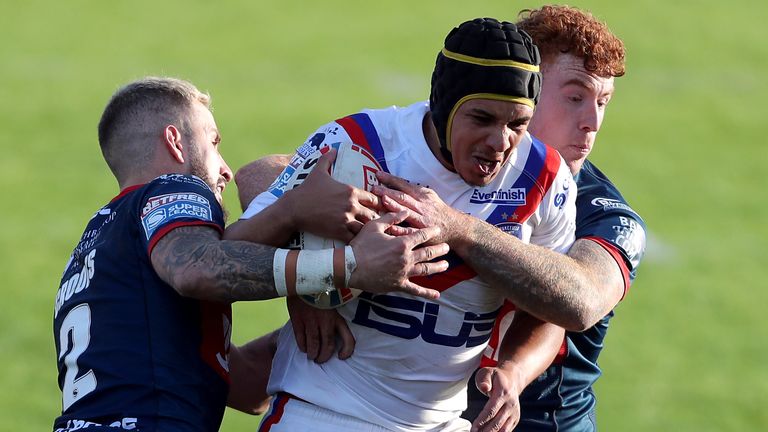 Ben Jones-Bishop scored a hat-trick of tries as Wakefield Trinity produced their best rugby of the season to beat Hull Kingston Rovers 48-18 in an entertaining basement battle at Belle Vue.

The round 18 Super League fixture was billed as a wooden-spoon decider and Trinity ran in nine tries to three to ensure their opponents will go into Thursday’s Hull derby bottom of the table.

Chris Chester’s men halted their 10-match losing run at the expense of Huddersfield Giants three days earlier and that win clearly delivered a major lift in confidence as they posted back-to-back wins for the first time this year. 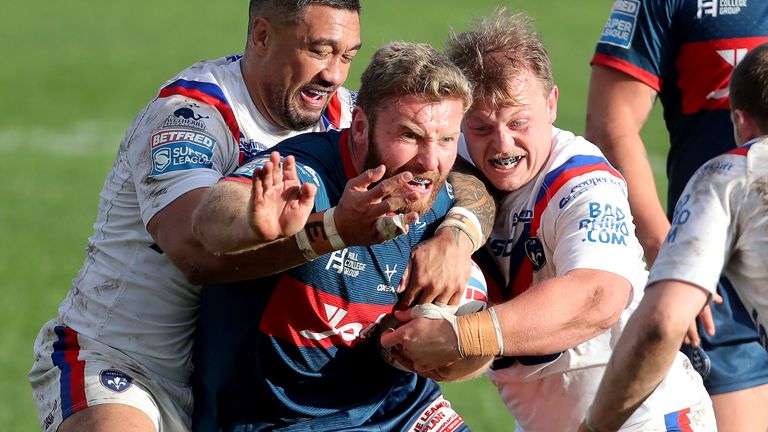 Their performance contained two brilliant long-range tries which would have been worth the admission money alone had there been any paying spectators.

The handful of media and club officials in attendance included Rovers favourite Mose Masoe, who returned on crutches for the first time to the scene of his horrific career-ending spine injury in January, but not even his welcome presence could inspire his team.

The visitors trailed 26-0 at half-time but at least rallied after the break to provide some encouragement for assistant coach David Hodgson, who was again in charge in the enforced absence of Tony Smith through Covid-19 protocols.

There was little to choose between the teams in the opening stages but once Tony Gigot, deputising at stand-off in the absence of Jacob Miller, opened the scoring on 12 minutes, taking a return pass from second rower Matty Ashurst, the game shifted firmly Wakefield’s way as they grew in confidence. 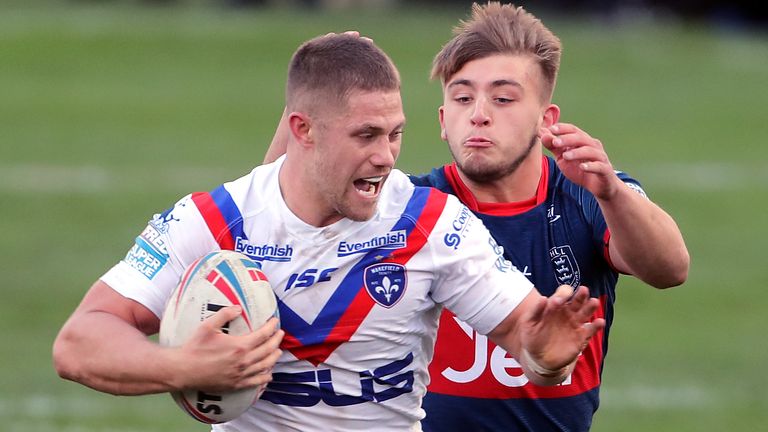 Acting captain Reece Lyne finished off a spectacular move which contained eight passes for his first try and then got on the end of a superb cut-out pass from impressive full-back Max Jowitt for his second.

Even the loss of Gigot to injury failed to upset Wakefield’s rhythm as Jones-Bishop went over for two tries in the last 10 minutes of the first half.

Jowitt was once more the creator of one while Tom Johnstone’s interception of a Jamie Ellis pass 20 metres from his own line paved the way for his second.

Ryan Hampshire kicked a third conversion to put his side into a 26-0 half-time lead but Wakefield, who gave a debut to former Widnes Vikings loose forward Brad Walker, suffered another injury blow when Ashurst limped off within a minute of the re-start. 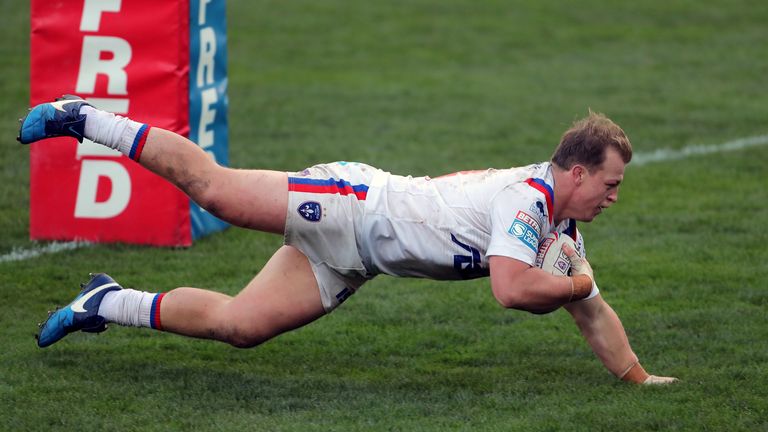 Rovers hit back when stand-off Jordan Abdull got on the end of a speculative inside pass from winger Ben Crooks to score his side’s first try, but Jones-Bishop then completed his hat-trick after more fine work from Lyne.

There was a hint of a fightback when Ellis touched down after his grubber kick rebounded off a defender and Crooks produced an acrobatic finish for his 10th try of the season.

Ellis kicked all three conversions to cut the gap to 30-18 but Wakefield snuffed out the danger when substitute forward Adam Tangata went over for their seventh try after 63 minutes.

That knocked the stuffing out of Rovers, whose defence cracked twice more to let in Hampshire and prop Eddie Battye for further tries and Hampshire took his goal tally to six from nine.

Related posts:
Basketball News:
Mourinho has 'no insider knowledge' on Lampard's plans ahead of derby
Fleetwood 1-1 Sunderland: Callum Connolly secures point for Town
Chris Eubank Jr tells all as Roy Jones Jr prepares to fight Mike Tyson
MLB News:
Terry McLaurin on game-changing tackle: 'It's a different type of mentality'
NFL Week 12 guide: Picks, bold predictions and fantasy nuggets for every game
Colorado at No. 19 USC canceled due to virus
Recent Posts
This website uses cookies to improve your user experience and to provide you with advertisements that are relevant to your interests. By continuing to browse the site you are agreeing to our use of cookies.Ok