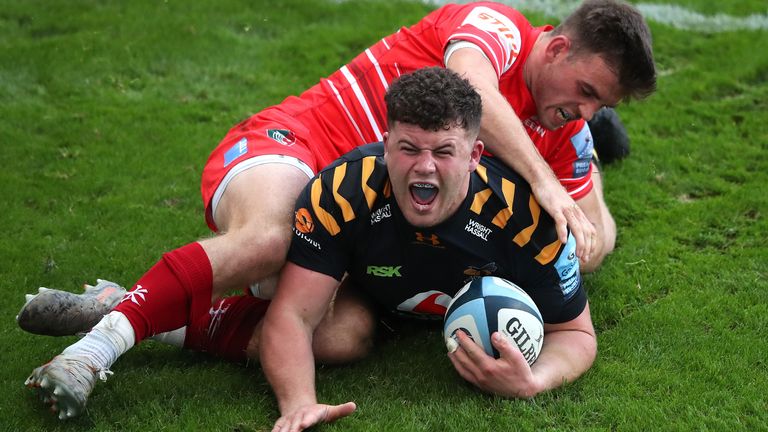 Wasps reinforced their claim to a Gallagher Premiership semi-final through a 54-7 rout over Leicester at the Ricoh Arena that saw Alfie Barbeary celebrate his full debut by scoring a hat-trick of tries.

Barbeary was selected ahead of in-form England prospect Jack Willis at blindside flanker and on this man-of-the-match evidence Eddie Jones will soon have another back row option on his radar.

The 19-year-old converted hooker displayed power, pace and skill for his three tries, the second of which delivered the bonus point that keeps Wasps ahead of Bath in fourth place.

It was another highly impressive performance from eight-try Wasps, who have emerged from lockdown as a genuine force in the Premiership.

Tarnishing the win, however, is that it came against an under-strength Leicester whose entire starting XV contained 95 Premiership starts between them – the same total as home scrum-half Dan Robson.

And the Tigers paid the price by conceding a record number of points in the Premiership in the latest mismatch to scar the top flight as clubs are forced to rotate in response to a brutal schedule.

Despite their inexperience and lowly league position, Leicester drew first blood when waves of attacks launched from the opening whistle ended with lock Cameron Henderson forcing his way through three black shirts to touch down. 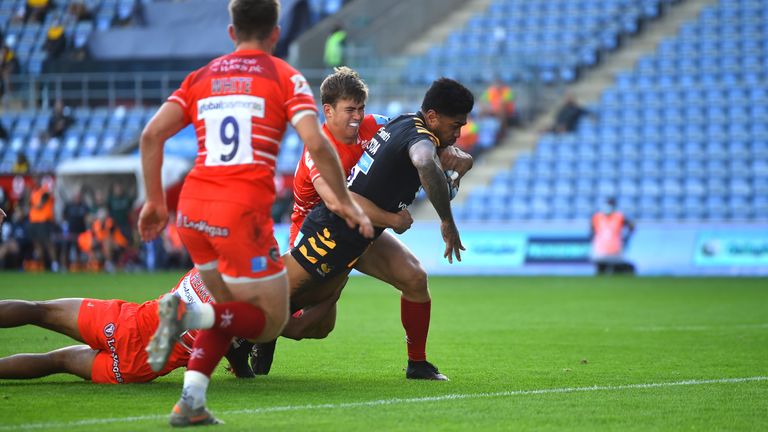 But the promising start was not to last and the game pivoted in the second quarter as Wasps began to make an impact on the floor while also showing greater accuracy in their play.

The reward came in the 25th minute when a line-out drive ended when Malakai Fekitoa ran flat from outside centre to take Robson’s pass and storm over.

Brad Shields was at the heart as Wasps’ pack steamrollered to within a few metres of the line as they renewed their attack and although Leicester scrambled to safety, their forwards were outmuscled again shorty after and prop Tom West burrowed across the whitewash.

A forward pass chalked off a third home try as the blindside was exploited brilliantly early in the second half but the next touch down was imminent and Barbeary obliged by taking Robson’s pass, dummying and crossing.

Daylight opened up when Barbeary claimed his second, this time demonstrating his strength to score from close range after Leicester splintered before a line-out drive. 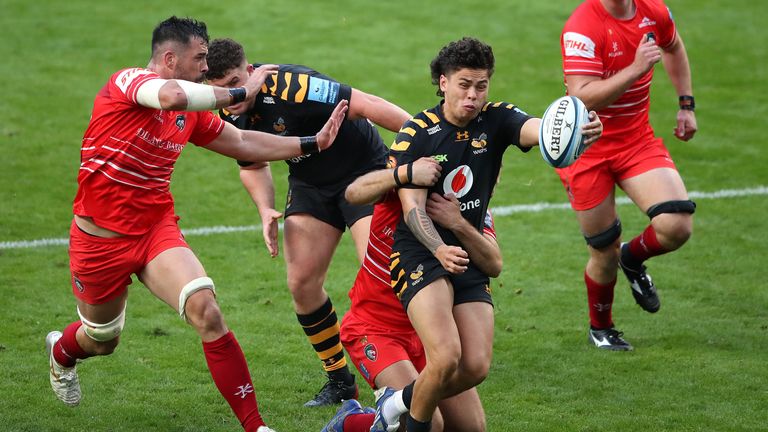 It became the backs’ turn to dazzle when Fekitoa showed an injection of pace to burst free and with full-back Matteo Minozzi continuing the move, Jacob Umaga arrived in support to finish a try that sealed the bonus point.

Related posts:
Basketball News:
Where Houssem Aouar would fit in at Arsenal and who will have to miss out
Merson advises Lampard to switch formation to benefit two Chelsea players
Man Utd slammed for not mirroring Liverpool in market despite Sancho excitement
MLB News:
Yankees’ Aaron Boone unloads more F-bombs after an ejection
NCAA issues COVID-19 guidelines for college basketball season
Michael F. Florio's Week 3 fantasy football matchups
Recent Posts
This website uses cookies to improve your user experience and to provide you with advertisements that are relevant to your interests. By continuing to browse the site you are agreeing to our use of cookies.Ok