Jermaine McGillvary is hopeful Huddersfield Giants reaching the Challenge Cup final will help rugby league grow, claiming the ‘Super League isn’t what it used to be’

Jermaine McGillvary believes Huddersfield Giants reaching the Challenge Cup final can breathe much-needed passion and romance into a sport he fears is losing its lustre.

McGillvary was on the scoresheet on Saturday as the Giants beat Hull Kingston Rovers 25-4 to seal a date with Wigan Warriors at the Tottenham Hotspur Stadium on May 28.

Huddersfield-born McGillvary has spent his entire career with the Giants, but as he looked ahead to his first appearance in a major final with his hometown club, the 33-year-old could not help but look back wistfully on how the game has changed. 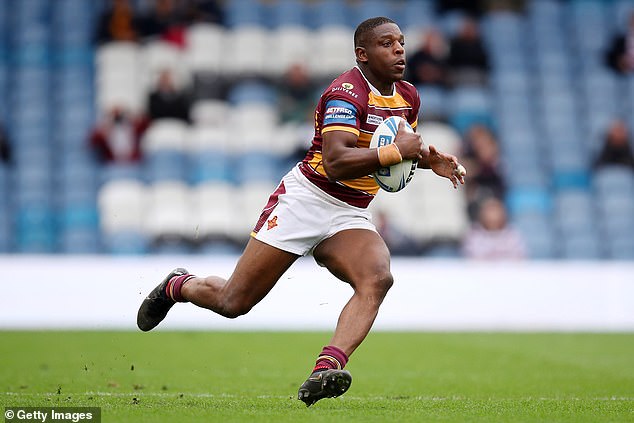 Huddersfield is the birthplace of the 13-a-side code and McGillvary said: ‘When I started out at the Giants, I remember getting a big home crowd for Leeds and it was crazy. But Super League isn’t what it used to be.

‘When I came through, the quality of player and match experience was better.

‘Attendances have gone down over the last decade but something like Huddersfield reaching the Challenge Cup final could help get the next generation.

‘Being in big games and winning trophies helps, especially when kids are watching TV. They want to follow the top teams, so if they see Huddersfield Giants playing in big games, more kids may aspire to potentially join us if they’re good enough.’

Huddersfield is a football-dominated town and, remarkably, the Giants and the Terriers — who face Luton Town in the Championship play-off semi-finals — could both contest major finals in the capital over the same weekend.

The Championship play-off final will be staged at Wembley the day after the Giants play in their first Challenge Cup final for 13 years. 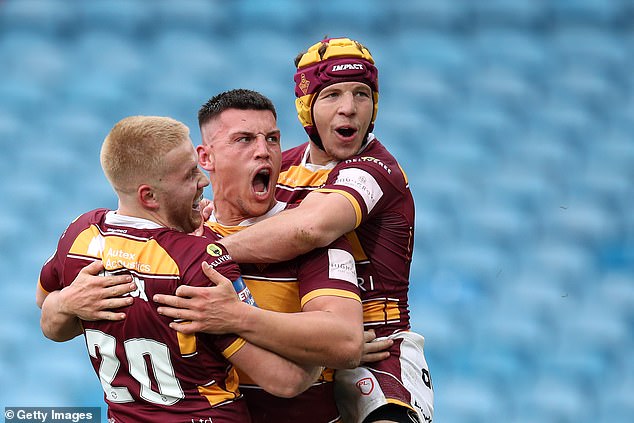 After Saturday’s triple-header at Elland Road, McGillvary added: ‘It is surreal to be playing for Huddersfield in a major final.

‘Hopefully Huddersfield Town fans get behind us, especially if they make the play-off final that weekend.

‘I’d love us to have 30,000 people from Huddersfield supporting us at Tottenham. That would be amazing.’