South Sydney have informed the NRL integrity unit about an incident involving Cody Walker outside a hotel on the Central Coast last weekend.

NSW Police confirmed they were making inquiries after reports of a group of men fighting outside a Terrigal hotel around 2.30am. 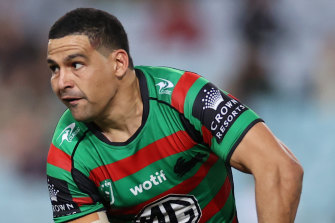 Walker had celebrated his 150th NRL game on Friday night at Central Coast Stadium, and family members were in town to watch his milestone game.

“Just after 2.30am on Saturday April 30, police were called to a Terrigal hotel after reports males were fighting outside on Pine Tree Avenue,” a police holding statement said.

“Officers from Brisbane Waters police district attended and the group had dispersed. Police conducted inquiries appearing to security and will review CCTV vision when available. Inquiries are continuing.”

Souths confirmed on Friday morning they had informed the NRL about the incident.

Walker, 32, featured in Thursday night’s loss against Brisbane and Adam Reynolds who made a point of mentioning Walker and their mateship after the 32-12 win.