In case you missed it, the Pumas will be without six players and two staff this evening after they travelled south of the Queensland border, to Byron Bay, on Wednesday.

Paul Cully’s team of the tournament

There may still be two games between now and the end of The Rugby Championship, but that hasn’t stopped Paul Cully from naming his team of the tournament. 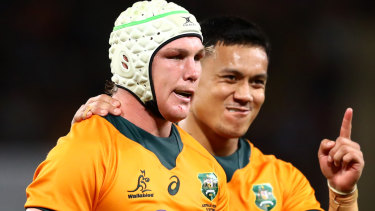 Michael Hooper featured in Paul Cully’s team of the tournament.Credit:Getty

Who has he snubbed, and who was lucky to earn a start?

Let us know in the comments.

The other Samu makes his return to the starting XV

The Wallabies have chopped and changed at No. 6 throughout Dave Rennie’s tenure as coach. 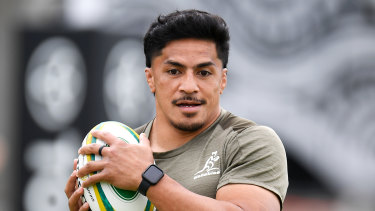 Today, it’s Pete Samu’s chance to stake his claim for the jersey on a more permanent basis.

You’d be hard-pressed to find a more immediate impact upon return to the Wallabies jersey than Samu Kerevi.

He is in scintillating form.

Holmes has the last word

Ahead of what will almost certainly be his final Test, Stan Sport spoke to Greg Holmes as the veteran prop packed down for what must be his 100,000th career warm up scrum.

They’re both back in a match day 23 for the first time in years. 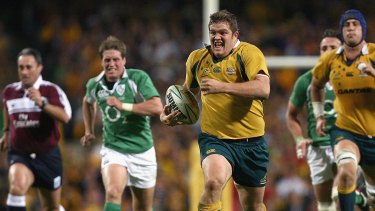 Holmes will become the oldest Wallaby since the second World War, should he take to the field from the bench in place of Taniela Tupou.

While this will likely be Holmes’ last Test, it won’t be McMahon’s. He’s still in the prime of his career and will join the Wallabies on the spring tour.

Can the Wallabies win four straight?

Remarkably, they haven’t achieved that feat since the 2017 spring tour. 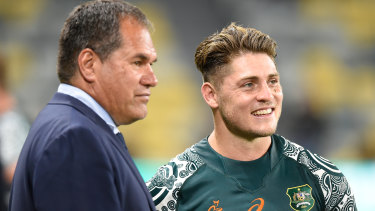 But a win today would secure second on the Rugby Championship ladder, regardless of the result in the All Blacks’ clash with the Springboks.

After three straight defeats at the hands of the All Blacks to start the season, that would give Rennie’s side some significant momentum ahead of a four match spring tour.

Hello and welcome to the final day of Rugby Championship action.

Sam Phillips here in the hot seat. I’ll be taking you through the next five hours of rugby. 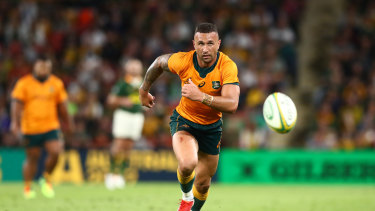 Tom Decent will be chiming in throughout the evening.

First up, the Wallabies face the Pumas. Kick off at Cbus Super Stadium is at 5:05pm.