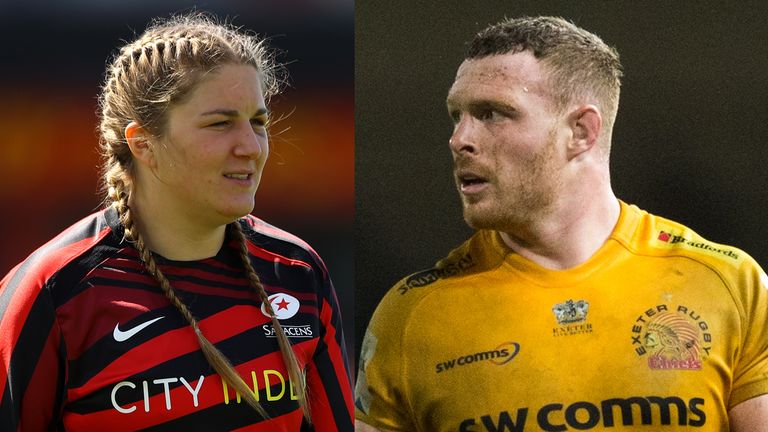 Simmonds has enjoyed a standout campaign, setting a new record for tries scored in a Gallagher Premiership season after crossing 20 times and securing a place in the British & Irish Lions squad bound for South Africa.

The 26-year-old’s Lions selection comes despite being overlooked by England since winning the last of his seven caps in 2018.

Cleall was named this year’s Women’s Six Nations Player of the Championship, helping her side to a 10-6 victory over France in the final where she scored the only try of the game.

She was also part of the Saracens team that made it to last month’s Premier 15s final, beaten by eventual champions Harlequins at Kingsholm.

Simmonds follows in the footsteps of Wasps flanker Jack Willis in winning the men’s award, which is voted on by players across the Premiership.

“This award in particular means a lot. The way that it is picked and the way you get nominated is from players that you play against every week and throughout the season,” the 2019-20 double winner said.

“So for them to recognise and notice that I have been having a strong season is fantastic and I appreciate that.

“Once the season is over – hopefully after a few more wins – then I can look back both individually and as part of the team and feel good about what we have achieved.”

Marcus Smith, 22, has been named young player of the year after his dazzling form helped Harlequins claim a place in the play-offs.

“It is always nice to be honoured for individual awards, but a lot of the credit has to go to my team-mates at Harlequins,” Smith said.

“They’ve made me look good this year and without the forwards, I couldn’t have done my job.”