South Africa’s preparations for the British & Irish Lions tour next year have been given a significant boost after it was confirmed their four major franchises will compete in the Rainbow Cup against PRO14 clubs.

The competition will get under way on April 17 next year and see the Bulls, Lions, Sharks and Stormers, who all previously competed in Super Rugby, face teams from Ireland, Wales, Scotland and Italy that will all tour South Africa at some stage in the campaign.

“The timing of the Rainbow Cup is perfect,” director of rugby Rugby Rassie Erasmus said in a media release from South African Rugby on Wednesday.

“It will finally get our Super (Rugby) teams back into international competition after a years absence and comes at the ideal time as preparation for the tour by the British & Irish Lions.

“It will be a step-up from domestic competition and remind our players of the different type of rugby they can expect when the Lions are here.

“Our players will be facing many of the players that will be in Warren Gatland’s squad and it will be very interesting to see how our players adapt to the challenge.” 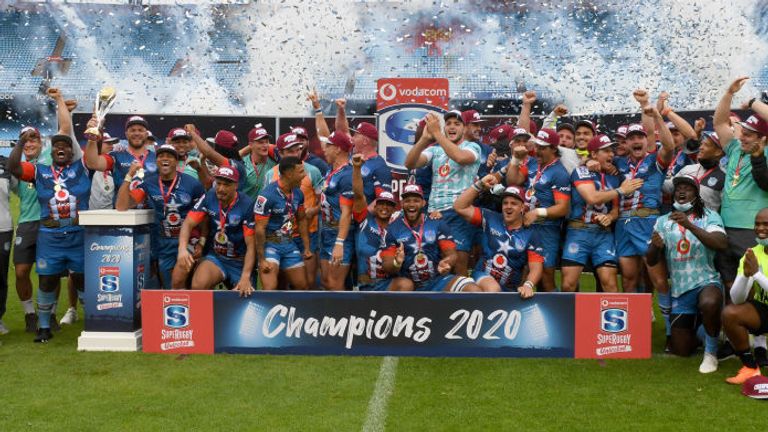 The Lions are set to tour South Africa for eight matches, the final three of which are tests against the world champion Springboks, from July 3-Aug 7.

The 16 teams in the Rainbow Cup will be divided into two pools of eight, made up of two Irish, two South African, two Welsh, one Italian and one Scottish club.

Each team will play one game against each pool opponent and the sides that finish top of their pools will face off in a final on June 19.

According to SA Rugby, negotiations for the South African teams to permanently join PRO14 “remain on-going and an update will be provided at the appropriate time”.

The current PRO14 season concludes with the final on March 27.