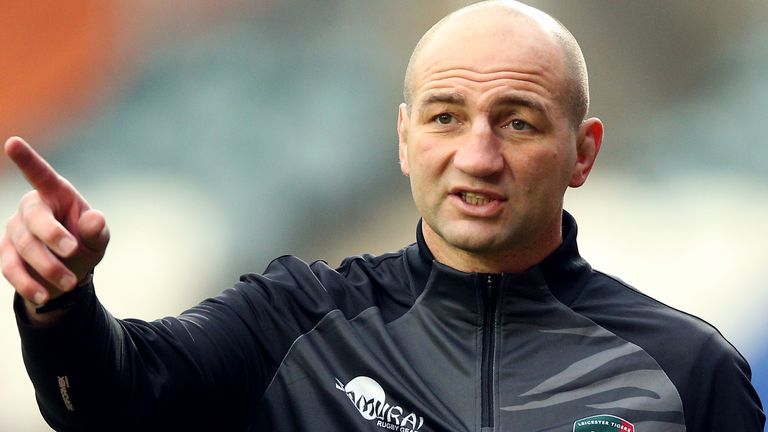 Leicester Tigers head coach Steve Borthwick is among several players and staff who will miss Sunday’s game against Bath as they continue to self-isolate.

Leicester returned “a small number of positive tests” in the last round of PCR testing, which resulted in the cancellation of their Boxing Day match against Newcastle Falcons.

The Premiership club’s training ground reopened on Thursday but Borthwick and a “handful” of players will continue to isolate at home until next week.

Leicester said in a statement: “Steve Borthwick is one of several members of the Leicester Tigers club, including players and staff who did not return to the club’s training ground on Thursday, December 31 when it reopened in preparation for Sunday’s Gallagher Premiership game against Bath Rugby.

“Borthwick and a handful of players and staff will not be present at Mattioli Woods Welford Road for the Round 5 fixture and will continue to isolate at home into next week.

“The club returned a small number of positive tests in the latest round of PCR Covid-19 screening programme and the decision has been made to ensure the safety and wellbeing of players and staff.

“All players and staff will be tested again, in the next round of the PCR Covid-19 screening programme, early next week ahead of the away game against Northampton Saints in Round 6.

“Working closely with health authorities and Premiership Rugby, Tigers returned to training on Thursday under the guidance of Mike Ford, Aled Walters and Brett Deacon, assisted by Matt Smith and Tom Harrison, who will lead the side on Sunday at Welford Road.”

Leicester have named a strong side for the game against Bath with England duo Ben Youngs and George Ford restored at half-time, while captain Tom Youngs returns as part of an international front row including Dan Cole and Ellis Genge.