A drop in contested possessions, tackles and stoppages has backed Brad Scott’s declaration that 2022 will be a year of consolidation around the game, following the radical shifts in rules during Steve Hocking’s time as the AFL’s head of football.

Scott said the league had begun to seek feedback from coaches on the game’s biggest issues, and any changes would be communicated to clubs before the Christmas break. 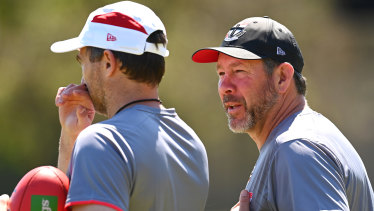 Scott, who was appointed to the football management role in September, reporting to AFL executive Andrew Dillon, said conversations around the stand rule, match review decisions, and the medical sub, with one suggestion being for teams to be able to use their sub in the final term regardless of injury, were ongoing but he did not envisage radical change.

“We have had a lot of feedback from coaches in particular, and we will take all of those on board and then firm up a position before Christmas,” Scott said.

“[The] overarching view is that 2022 will be one of consolidation, but we always reserve the right to tweak around the edges.”

The competition committee will meet again on Tuesday with the expanded body now including a representative from all but two clubs as they discuss big picture issues confronting the game.

Sources said there has not been an agenda set with pre-reading material with the expectation being that the meeting will lay a foundation for future discussion.

However, important data on how the game was played this year will encourage the 21-member committee.

Sources close to the committee say there is regular debate around striking the right balance between high scoring and the desire for close results, but the priority has been to ease congestion, with the league determined to open up play.

The stand rule for the man on the mark introduced last season, which has encouraged the player with the ball – when at half-back or on a wing – to look more for the 45-degree kick into the centre corridor, has been seen by some observers as a reason for play appearing to open up. 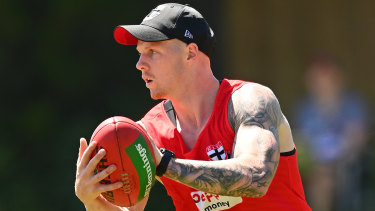 Statistics provided to The Age by Champion Data highlight a more flowing game, with the contested possession rate 37.8 per cent since 2017. The average tackles per team was 57.4, more than 12 less than 2016, and almost six less than 2020 when matches were shortened as a result of the pandemic. However, one reason for the drop in tackles could be that players, at times, were reluctant to be first to the ball, given a free kick could be paid quickly – depending on the interpretation of holding the ball. 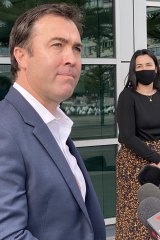 Brad Scott and Laura Kane after being unveiled in their new roles at AFL House.Credit:Russell Bennett

Senior coaches Damien Hardwick, Brett Ratten (after his side won only three free kicks from 86 tackles against Geelong) and Chris Fagan, and Port Adelaide veteran player Travis Boak were among those throughout the season who said prior opportunity was causing too much confusion and suggested it be scrapped.

The average combined numbers of throw-ins and ball-ups per game (59.8) was almost five less than last year, while secondary stoppages also slipped.

For those coaches and supporters in favour of reduced game time, their argument could be strengthened in that the number of results in 2020 decided by up to 10 points was 23.5 per cent.

Richmond chief executive Brendon Gale has already made his view on the contentious stand rule clear, with the Tigers keen to have it scrapped. However, there is a view inside the AFL that, although scoring did not increase, games were more attractive in 2021 and the ball flowed more freely.

The competition committee, as part of its remit, also has fixturing, game analysis and the industry workforce model, the latter attempting to help keep costs under control.