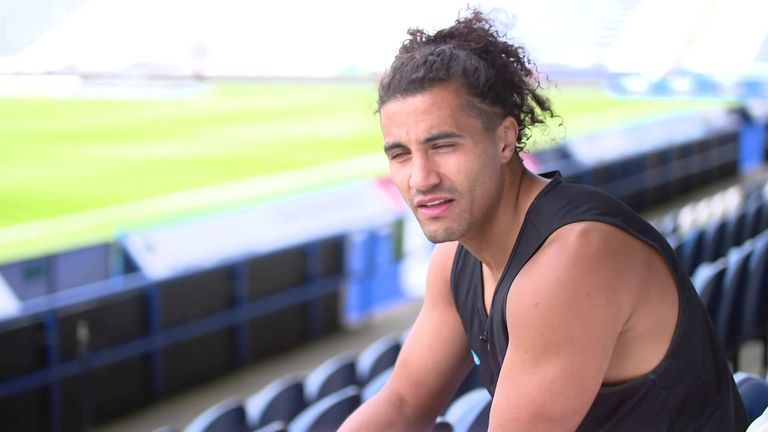 It is probably fair to assume Ashton Golding is a man who not only likes a challenge, but readily embraces them as well.

Not content with recovering from a hamstring injury which meant his Huddersfield Giants debut was put on hold, the full-back has now opened his own coffee house – something which many might consider difficult enough in normal times, never mind during a global pandemic.

But Golding, who has been able to see his plans come to fruition with the easing of lockdown rules, is taking it all in his stride as he combines his rugby league career with this new venture ahead of Super League’s return.

“It’s been pretty manic. I get up at 5.30am, set off to Huddersfield, get there when I get there, come here then get behind the machine and start serving coffee to the lovely folk of Horsforth. I’ve loved it, there has been a great response from the community.

“We’ve had local people coming down trying out our coffee, cakes, sandwich and really buying into what we’re trying to do here.

“During lockdown, they could see me working in here building the place and they popped in to say hi and how they couldn’t wait to come down. Now it’s good to see them actually enjoying the fruits of the labour.” The Jamaica international is set to make his belated Giants debut on Sunday when they face his former club Leeds Rhinos in the behind-closed-doors setting of Headingley in the second match of Super League’s return.

Golding moved to Huddersfield over the winter in search of more playing opportunities, having spent most of 2019 on dual-registration at Championship side Featherstone Rovers and helping them reach the Million Pound Game where their promotion hopes were ended by Toronto Wolfpack.

However, the 23-year-old suffered an injury blow in pre-season and was left to watch from the sidelines as the Giants put together a run which saw them among the early contenders at the top of the table prior to the season being suspended.

Lockdown gave Golding plenty of time to reflect though and he quickly adopted a glass-half-full outlook. 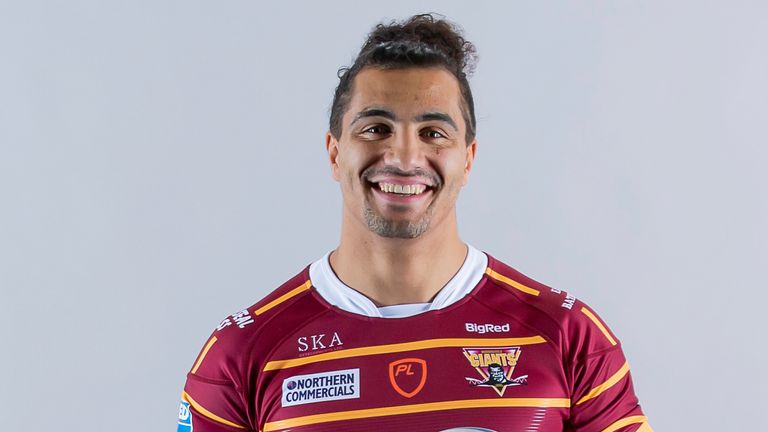 “You build all the way up through pre-season, forge relationships, earn the respect of your team and rupture your hamstring,” Golding said.

“For the first couple of weeks I was down in the dumps and it gave me an opportunity to look at it from a different perspective.

“You think ‘actually, this is a great opportunity to get right, get better and come back, stronger fitter and faster’.

Even prior to suffering the injury, he had made a big impression on Huddersfield head coach Simon Woolford and the Australian has no compunction about throwing Golding straight into action against Leeds.

“He did everything right in pre-season for us, from a defensive point of view he’s outstanding and he’s a good talker,” Woolford said.

“He’s at the start of his career and he’s a real mouthpiece for our team. He’s done everything right, his rehab is fine and he’ll be playing this week.”

By a quirk of fate, Sunday’s showdown is likely to see a player who made the move the other way, and then had his Rhinos debut delayed due to injury, make his first appearance in the form of ex-Giants hooker Kruise Leeming. 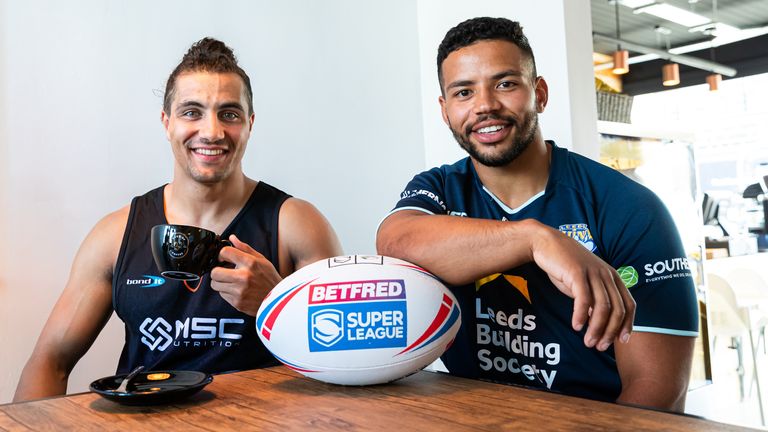 Golding concedes it is a nice story, but is not getting too wrapped up in the storyline or the fact he is set to make his first appearance for his new club against the one he started his professional career at

“I did a lot of that last year on the bibs team [in training], so it will just be quite normal to be honest,” Golding joked.

“It just asks to the narrative, doesn’t it? It’s a great narrative for people to look at, but when you’re inside the bubbles it makes no difference.