Home » Rugby » The AFL prospect using his platform for good

Bailey Humphrey is about to hit the big leagues at the AFL, and already has plans to use his platform to raise awareness on mental health.

It’s a cause close to the young Gippslander’s heart: Humphrey lost his best mate, Riley Pearce, who took his own life last year. 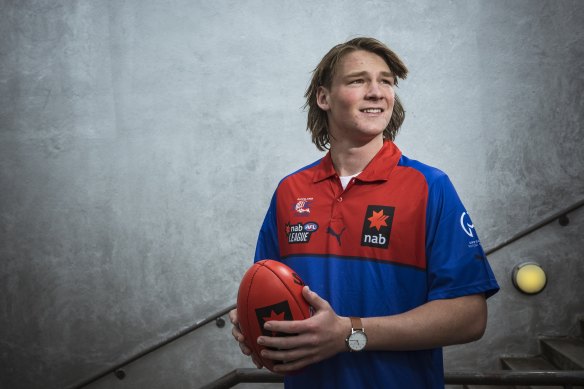 “It was a big part of my life, losing a mate. It’s been tough, and it put me in a pretty dark hole.”

With support, Humphrey came out of that dark hole – and now the young talent is using his platform as a star young footballer to help others, joining Mindfull Aus, a charity focused on providing support for those in high-risk suicide areas, as an ambassador. 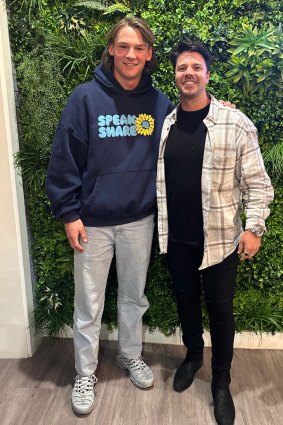 Mindfull founder Matt Runnalls is rapt to have Humphrey on board.

“[It’s fantastic] to be involved with Bailey, someone who is so well-spoken and articulate at such a young age about such an important topic,” said the charity’s chief.

Humphrey captained Gippsland Power in the NAB League, leading the team to a minor premiership and the preliminary final. A 185-centimetre midfielder who can play in the forward line – and is set to be a first-round pick in the draft.

“I’ve learnt that communication is key. Opening up is the best thing. I know a lot of adults and kids still don’t really talk about it,” Humphrey said.

Aaron Cadman reckons he plays his best when the pressure’s on.

It’s just as well, considering that the Vic Country captain and key-position prospect from the Greater Western Victoria Rebels is likely to be selected by the GWS Giants as the No.1 pick. 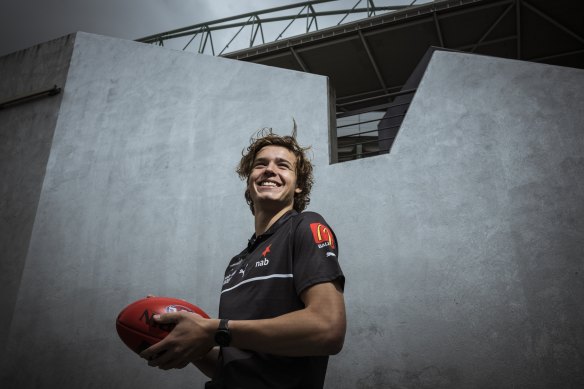 The left-footer impressed clubs this season, leading the NAB goalkicking with 34 goals in 12 games. The 195-centimetre forward started out on the wing, but was moved forward after a growth spurt.

“Being on the wing has really helped me. I like to think I have a good tank and really good endurance,” he said.

“That’s helped me because I can work off my defender and work him up and down the ground.”

While many consider Will Ashcroft (described admiringly by Cadman as a “freak” of the sport) the best player among this year’s prospects, Cadman is likely to take the top spot due to the father-son rule, which gives the Brisbane Lions priority access to Ashcroft.

But Cadman admitted he’d be “running circles around the table” if his name was the first to be read out at Marvel Stadium next Monday night.

“That’s the dream. For it to become a reality … I would not be able to contain it [the excitement],” he said.

Adding to pressure are the early comparisons of the youngster’s style to Jeremy Cameron, the Geelong forward who has an elite season average of 2.7 goals a game.

“He’s the best bloke I’ve ever met,” Cadman said. “I like being compared to him.”