Home » The broadcast party is over for Super Rugby. Here comes the hangover

SANZAAR didn’t quite get an Alan Bond deal in its last broadcast contract in the UK and Ireland but it wasn’t far off it.

For the 2016-2020 cycle, Sky Sports coughed up an estimated £20 million a year for Super Rugby and The Rugby Championship, pouring more than $150 million into the bank accounts of the SANZAAR unions over the length of the contract. It had come after an unexpected bidding war between Sky Sports and BT Sport, and like someone who’d found a $100 bill in their pants pocket, then ARU boss Bill Pulver could barely disguise his glee when announcing the deal. 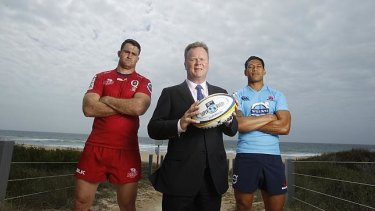 Former ARU Bill Pulver was all smiles at a Super Rugby launch, alongside James Horwill and Israel Folau.Credit:Photo: Louise Kennerley

But that was then and this is now. Super Rugby AU isn’t even being broadcast in the UK and Ireland at present (although we are assured it will be) and New Zealand Rugby has struck a deal with RugbyPass to stream Super Rugby Aotearoa up north (although they have given themselves very little time to market it.)

The fundamentals driving both of these outcomes is simple: the broadcast party is over, it’s 6am, the sun is coming up and oh boy I can feel the real world approaching fast.

This goes against the grain in terms of the renewed optimism around the game in Australia, but you can simultaneously discuss the energy brought by Stan/Nine (the publishers of this masthead) and the broader challenges facing the game.

Put simply, sports rights experts such as Melbourne-based Colin Smith of believe GMS the eventual UK/Ireland deal for SANZAAR will be as much as 50 per cent less than the last one, which would effectively pull tens of millions of dollars out of the SANZAAR unions. 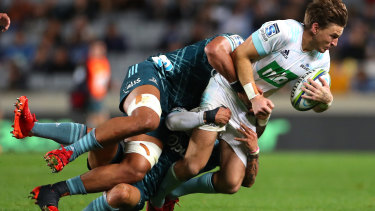 One well-connected industry source in the UK explained the situation to the Herald as thus: in the broadcasters’ wish list, SANZAAR’s products are third, behind the Six Nations and November internationals, the rights to which are being sold now.

Break it down even further and Super Rugby is less valuable than the Rugby Championship. Sure, rugby fans in UK/Ireland enjoy Super Rugby, but it’s the icing and not the cake.

SANZAAR is therefore being made to wait in the queue until the bundled Six Nations/November Tests are sold. That’s a far cry from the last deal, when the UK component of the overall deal accounted for almost all of the uplift enjoyed by Rugby Australia.

Closer to home, we have seen that Fox Sports had a ceiling on what it was prepared to offer for the 2021-2025, while in New Zealand Sky is already talking about clawing back some of its bumper 2016-2020 from NZ Rugby because it isn’t getting what it paid for (the ‘old’ Super Rugby with seven games a weekend). 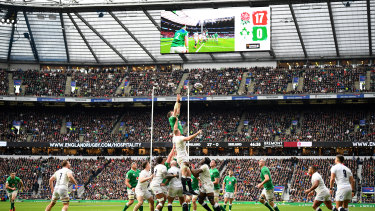 The private equity types hovering around NZ Rugby must be confident of monetising the All Blacks brand on a global basis, because this region is maxed out from a broadcast perspective. It’s not like the UK, where the money men can spot the low-hanging fruit of the Six Nations, which can be taken from its current home on free to air TV and put on pay-per-view platform.

Perhaps, as Japan’s Top League chairman Osamu Ota told me recently, the much-touted ‘club world championship’ concept could increase the value of broadcast rights in the southern hemisphere, but you would hope the sport is not betting its future on a competition that does not yet exist.

These headwinds will require innovative, smart solutions and here is the second part of the problem. At present, there seems to be a chasm wider than the Tasman Sea separating Australia and New Zealand, where ideally they need to be aligned.

Read between the lines and there is tension building over the trans-Tasman competition this year, specifically on what appears to be New Zealand’s reluctance to countenance a centralised ‘hub’ competition (with Australia the obvious location).

Sure, there are complications with this if there isn’t a reciprocal travel bubble in place, but the Herald understands that Rugby Australia still sees it as “workable”, despite the plans afoot in New Zealand for a third round of Super Rugby Aotearoa.

The separation of Rugby Australia and NZ Rugby was already evident with the RugbyPass deal, and with the Kiwis overseeing the proposed entry of Moana Pasifika and Fiji sides into Super Rugby 2022 (I predict neither will get up and if they do they’ll struggle) there seems to be a lack of a shared vision on some vital issues.

The biggest issue, of course, remains money. Speak to people within Rugby Australia and they talk of an organisation that by necessity has learnt to value every dollar spent. There isn’t a lot of fat left at HQ.

In previous years, broadcasters could be relied upon to stump up the cash every five years: the party just kept going.

But that rescue package isn’t coming from the UK and Ireland this year. It was like free money for the SANZAAR unions, even though Super Rugby was losing its lustre.

It’s all gone now, and it will be hard to get back.