Wayne Pivac full of praise for star 20-year-old winger Louis Rees-Zammit after three tries in two Six Nations games – and Wales coach even admits his step-children are in love with him!

Louis Rees-Zammit is fighting off admirers after his strong start to the Six Nations – and even Wayne Pivac’s step-children are in love with the Welsh winger.

The 20-year-old has scored three tries in two games so far this tournament and has attracted plenty of attention on and off the field.

Ahead of the England game his boss Pivac that his family were enamoured too. 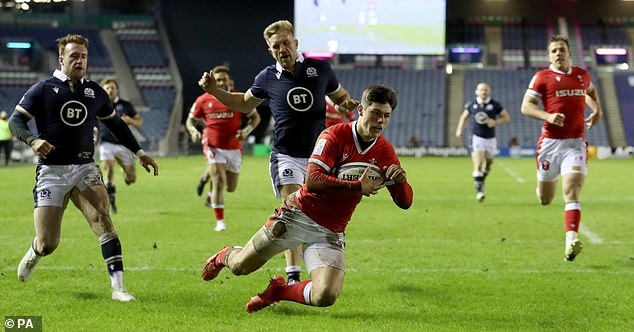 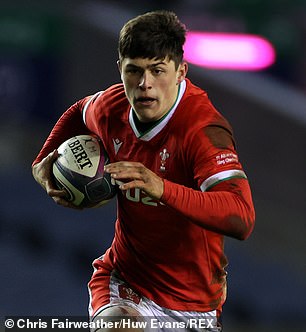 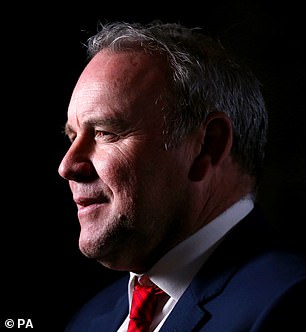 ‘I’m probably going to embarrass some family members but I’ve got twin 14-year-old step-daughters and they’re after an autograph and photograph when we get out of Covid!’ laughed Pivac.

‘He seems to be a sensation with the youngsters and a few of the grandmothers, from what I gather!

‘Look, he’s a good looking young man, he’s burst onto the scene and he’s fulfilling a lot of promise that he’s shown at a young age.

‘I’m just pleased for him because the changes we’ve seen in Louis since we first selected him during last year’s Six Nations have been phenomenal. 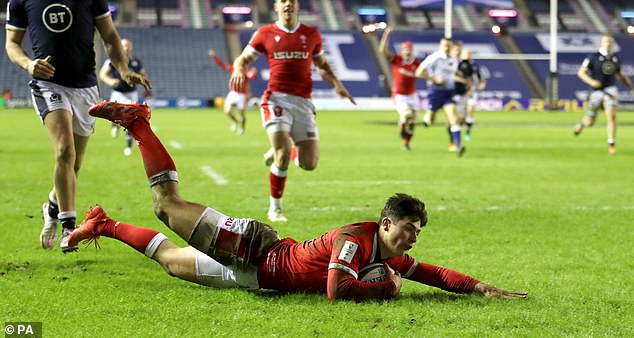 ‘He’s taken on board all the advice that’s been given to him from different coaches within the group. He’s worked hard at his game and he’s forced his way into this team.

‘We hope we’ll see many more performances like we’ve seen in the first few weeks of this campaign.

‘I’m very pleased for him and the way he’s been operating.’