Rugby league fans have long memories – even when it comes to toilet trysts.

When the Parramatta sex tape dropped on Wednesday morning, and the game collectively sighed “not again”, a reader fired an angry email in the direction of your humble columnist. 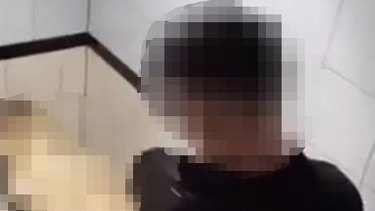 The NRL has launched an investigation after a Parramatta Eels player was allegedly filmed having sex with a woman in a toilet.

I had as much interest reporting about the matter then as I would now – zero – but I called my then sports editor, the late, great Rod Allen, and asked what he thought.

As suspected, he said the Herald had no interest in such a sordid tale of lost love and forbidden fruit.

The next phone call was to Williams’ then-manager, Gavin Orr. I told him about the impending tabloid storm he and Williams were facing.

Three days later, as expected, another newspaper ran the story, which included a pixelated version of the image I’d been told about.

Around midnight, I received a phone call.

“No, it’s Sonny Bill. I want to do a story about me and my girl Genna and how much I love her.”

Williams was referring to his then partner, Genna Shaw.

A few days later, I met Williams, 21, and Shaw, 22, at their empty five-bedroom mansion in Caringbah, put on the tape recorder and sat through one of the most uncomfortable, awkward interviews imaginable.

“I’m speaking because I wanted Genna to know I was serious about our relationship,” Williams said. “I wanted to show that I love her … I’m ashamed and embarrassed. I’ve really let down all my loved ones, especially Genna. I’m glad she’s stuck by me because this house is lonely when she’s not here.”

At no stage did I care to ask any of those questions. I didn’t think of the club or the wider reputation of the game.

What about now? Would the Herald ignore the story?

No, we would not. If the matter was being investigated by the integrity unit, we would be obligated to report about it, as much as we loathe these stories.

What’s changed the most in the past 14 years, since the Williams incident, is the rise of social media as well as the desire of people to sell images and video to media outlets to make a quick buck at the expense of high-profile players.

Just last week, a member of the public tried to sell me a screenshot of a Facebook post from the brother of a former player who was having a crack at his NRL club. No thanks.

What’s also changed in the past 14 years is the NRL’s hyper-sensitivity about its own image.

In many respects it’s had to be, as atrocity after atrocity cost dollar after dollar in sponsorship revenue.

But now head office is going too far.

Gallop had his faults but at least he had a sense of perspective when it came to player misbehaviour.

Current NRL chief executive Andrew Abdo is showing himself to be heavy handed and out of touch with the type of people who play the game, let alone follow it.

But Abdo doesn’t tie his shoes without permission from ARL Commission chairman Peter V’landys, who has been particularly strong on the “player as role models” line.

They’re going too far, though.

First, the NRL sanctioned Corey Norman for standing up for himself after someone king hit him. Then Victor Radley for crash tackling some pest in Byron Bay. Then it warned Toby Rudolph for a silly throwaway comment on late-night television.

Should the Parramatta player in question be sanctioned for having sex with a woman in a toilet cubicle?

Look, it’s not the most romantic setting. The lighting is harsh and it could do with a scented candle or two.

But should he miss matches or even get a fine after a lengthy integrity unit investigation that will keep the story bubbling along for the next week or two?

Perhaps a conversation along these lines would be suffice: “Listen, mate, you’re a big-name footy player so when you duck off to the men’s dunnies with a girl, people are going to notice, no matter how drunk everyone might be, so maybe just be wary of that and don’t do it again. Don’t put yourself in that situation. People are dickheads. They have phones. They have cameras in them. They’ll try to take advantage of you. Now off you go, young fella, learn from this and be the best version of you that you can be.”

Parramatta are adamant they haven’t spoken to out-of-favour Souths captain Adam Reynolds – although negotiations with Mitchell Moses about extending his deal are moving at glacial pace.

Moses has an option his way to stay at the Eels next season but needs to make a call by round 10.

There’s also an offer on the table for a further year in 2023. A one-year extension is is hardly an endorsement of their halfback but it’s understandable.

Can the Eels squeeze a premiership out him while they’re “in the window”, as they say?

Many have their doubts, although he showed in the victory against Canberra that he’s not necessarily the “flat track bully” often claimed by his critics.

Well of course the Latrell Mitchell suspension of four matches for his clumsy shot on Wests Tigers winger David Nofoaluma was too much, notwithstanding the fact he had loading for prior offences and rolled the dice at the judiciary.

But we can tell you the rookie error from South Sydney to distribute an email to several media outlets trying to spin the narrative the day before his judiciary appearance didn’t go down too well with the NRL. Nor the judiciary for that matter. 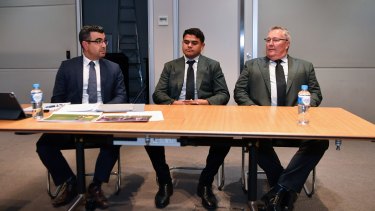 It worked against the star fullback and the NRL are looking into it because clubs aren’t supposed to comment, whether it’s via clandestine email or not, before a hearing.

As revealed in this space last week, the Sharks feared they were going to be relocated when asked by former NRL boss Todd Greenberg to “show cause” why they should be allowed to play in the 2019 premiership because of the club’s precarious financial position.

Reports two days later that V’landys had stepped in to save the Sharkies raised a few eyebrows in the Shire.

Not a single soul at the club was aware of this amazing gesture from someone who’d been on the commission for only a few months.

The Quote
“I feel that the game is drifting away from myself so I’ll call it before it calls me.” Dragons prop Trent Merrin after he announced his immediate retirement from the game. What an inspiration to fat kids all over the world. Well played, Mez.

Thumbs up
Our sincere best wishes to Sydney Kings’ import Didi Louzada, who is leaving to take up his contract with the New Orleans Pelicans in the NBA. Apart from being a quality player and human, he’s been an asset to the Kings and NBL.

It’s a big weekend for …
The Waratahs, who are eyeballing their worst losing streak since Super Rugby started. They’ve lost their last seven, the record is nine, and face the Rebels on Saturday.

It’s an even bigger weekend for …
The Roosters and Dragons as they contest the ANZAC Cup at the SCG on a day when the occasion and what it honours matters far more than the result.