Home » Soccer » A carefully curated spectacle, this World Cup left too much out

Like so much else in Doha, the exterior of the Qatar National Museum is an architectural spectacle. Its contents might also be said to be finely engineered. They culminate in a homage to the ruling Al Thani family, some of it from themselves to themselves, all of it glossing over messy details.

Their dynasty is portrayed as a seamless progression from one wise and benevolent ruler to the next. Sheikh Ali bin Abdullah “had a close bond with his people, who loved him for his morality, generosity and humility”. Sheikh Ahmad bin Ali, who negotiated Qatar’s independence in 1971 but was overthrown in a coup, “was renowned for his wisdom and thoughtful decisions”. 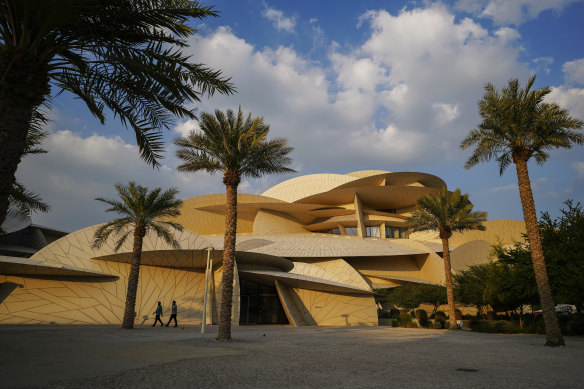 The National Museum of Qatar in Doha.Credit:AP

Sheikh Tamim bin Hamad Al Thani, the current emir, is proclaimed as “a beacon of solidarity, resilience and hope. He guides Qatar on the path of integrity and independence and champions enterprise, education and dialogue at home and abroad.”

Conspicuously invisible in the museum’s telling of the story of Qatar are the migrant workers who make up 88 per cent of the country’s population of nearly 3 million. Arguably, this is a faithful representation. Mostly from South Asia and Africa, they are disdained by Qataris, have no right to citizenship and do not consider themselves to be Qataris, though some have lived there for 20 years. They built Qatar, but are not mentioned even in the fine print.

It was this population that was thrust into the spotlight before the World Cup following reports that around 6500 of them had died in pitiless conditions while building the stadiums and other infrastructure for the tournament. Qatar demurred, saying the true figure was around 40, most of those not on building sites.

But mid-tournament, Hassan al-Thawadi, the secretary general of the Supreme Committee for Delivery and Legacy, in an interview with Piers Morgan, estimated the toll to be 400 to 500. Butter wouldn’t have melted in his mouth as talked about how Qatar knew from the start that they had an issue with inhumane working conditions and how they had used the World Cup to catalyse reform. The unspoken corollary is that it was only because the world was paying attention that they bothered. 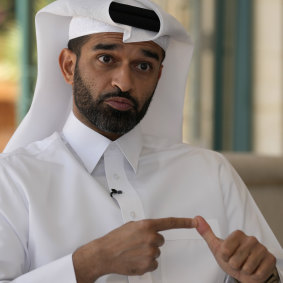 “Today, we’ve got to a position where our most ardent critics consider us to be a benchmark in the region,” he said. But the health and safety memo clearly has not reached as far as a building site opposite The Age’s suburban Doha accommodation. There, Thawadi’s claim looked like the scaffolding: flimsy.

There was widespread unease before this World Cup about the suitability of its host, right up to the office of the man who awarded the rights to Qatar, former FIFA chief Sepp Blatter. The tournament itself has been dazzling in its standard and staging, muting the agitation. World Cups and Olympic Games nearly always cast this spell.

But now that the show is just about over and we begin to wipe the glitter from our eyes, it is hard to see this tournament as anything other than a stupendous vanity project-cum-propaganda exercise by the hosts and the most cynical form of virtue signalling by FIFA.

Excluding the underclass, Qatar’s population is about as big as Newcastle’s or Geelong’s. But they are rich. J. Paul Getty’s formula for money-making was to “wake up early, work hard and strike oil”. Qatar did that and found natural gas, too, and so in an astonishingly short time they have built a city-state out of desert sands. Since securing World Cup hosting rights in 2010, Doha has tripled in size. 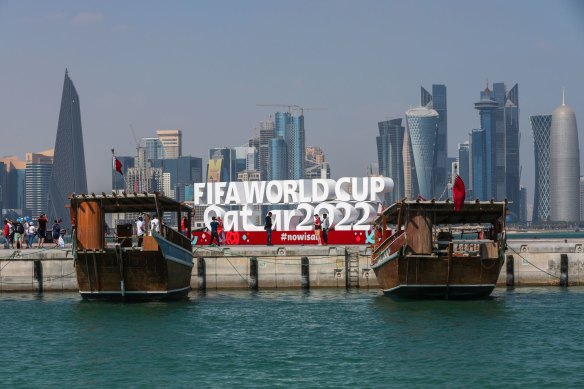 Traditional boats, known as dhows, against a backdrop of skyscrapers on the Doha corniche. The city has seen extraordinary growth in the last 20 years.Credit:Bloomberg

One of the vast shopping malls around which life revolves in Doha is stylised as Venice, complete with canals and gondoliers. It is apt. Venice, too, was tiny yet hellbent on global domination and enrichment.

So what do you give courtiers who have everything? Why not a World Cup? As it transpired, they could take it or leave it. They arrived late to matches, left early and kept to themselves. In 2½ weeks in Doha, my dealings were almost exclusively with migrant workers. I only heard a Qatari speak once, to rain abuse on a Bangladeshi hotel worker who had misplaced a piece of luggage.

A typical crowd in the Qatari Stars League is fewer than 1000. Don’t expect to find verification easily. Online records were scant and are now non-existent. But all previous digs at the A-Leagues in this column are hereby withdrawn.

Previous major events lured here by the cash splash – including the 2011 Asian Cup and the 2019 athletics world championships – were also shunned. Qatar is not football-mad; it’s mad for the status that football brings. It’s not sports-mad, it’s mad for sportswashing. 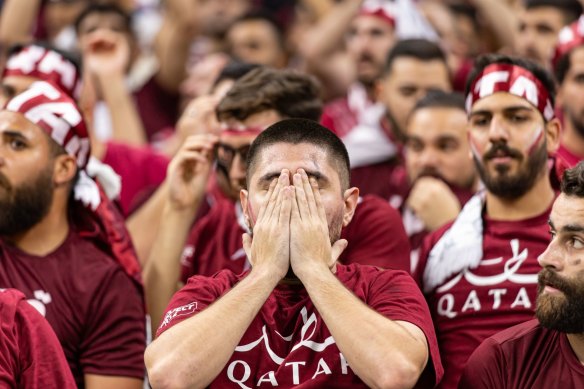 Qatari fans at the opening match of the World Cup between the hosts and Ecuador.Credit:Bloomberg

The stadiums are in themselves extraordinary works of art, but that does not change the fact that they are extravagances on a scale even the Olympics have abjured. They dot the flat landscape like latter-day pyramids. What is to become of them now? In the first blueprint, they were to be shipped off en masse to Africa and ports beyond. One, Stadium 974, evidently is designed to be dismantled.

As for the rest, take it away Qatar National Museum: “As part of its commitment to promote football in developing countries, Qatar has promised to send equipment and seating from its stadiums to other nations after the World Cup.”

So hulks will remain. After the nuclear holocaust, a future civilisation on earth will look upon this suite of stadia and presume them to be some sort of places of worship. And they’ll be right.

FIFA got more than it bargained for in this dream World Cup (FIFA’s dream being to make money endlessly). Like the International Olympic Committee, it usually assumes sovereignty of its latest host country. Qatar was having none of that. FIFA staff were marginalised in formalities, ambassadors were appointed but scarcely seen and never heard – Australia’s Tim Cahill was one – and media rarely briefed.

The accidental deaths of two more migrant workers during the tournament were not announced until days later each time and accompanied by scant detail. “We are in the middle of a World Cup, and this is something you want to talk about right now?” asked the Supreme Committee’s Nasser al-Khater. “I mean, death is a natural part of life, whether it’s at work, whether it’s in your sleep … it’s strange that this is something you want to focus on as your first question.”

When Qatar cracked down on protests by players and fans concerning human rights, FIFA fell into line. Then on tournament eve, Qatar rescinded a deal to sell alcohol at grounds. Sport could do with a little less beer all round, but this ban was not on grounds of healthy or public safety. It was ideological.

Blatter said that in retrospect, Qatar simply was too small to be sole host of a World Cup. That’s a fact. Qatar is Doha, and Doha is a kind of fantasyland, a superleague of shopping malls set inside a fretwork of freeways.

Doha might just have made sense as one host city in a pan-Arab World Cup. But to cram the whole show into this enclave was a fail. Not that Qatar’s rulers are deterred; they’re after the Olympics now, perhaps even in tandem with their great political and sportswashing rivals, Saudi Arabia.