Aaron Ramsdale called on England’s players to start taking creative responsibility as the Under 21s fight for their future at the European Championship on Saturday night.

Portugal lie in wait for Aidy Boothroyd’s side, who lost 1-0 against Switzerland in their opening game.

England registered just one shot on target and Ramsdale admitted nobody took ownership of driving them forward. 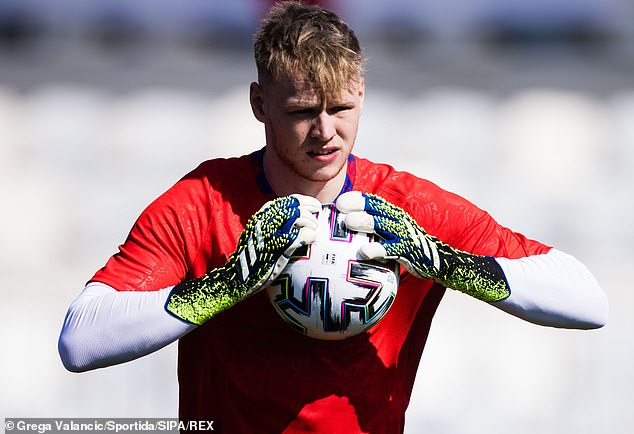 ‘We almost left it for someone else to try to spark us into life,’ the goalkeeper said. ‘That will be something we can all agree on.

‘It was almost like, “I’m going to step off a little bit and let someone create a bit of magic to score for us”.

‘Now we’ve got that first game out of the way, we should release the shackles.’ 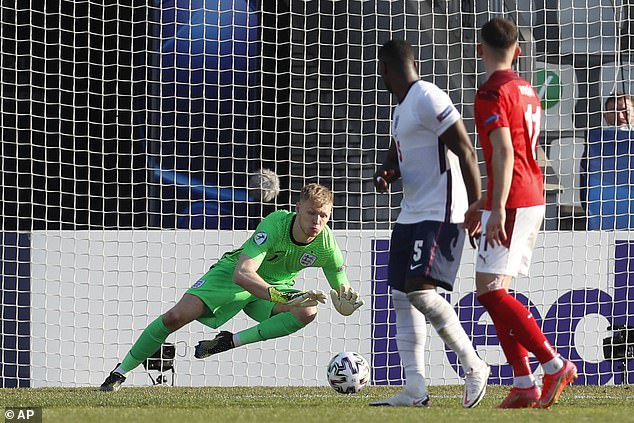 The tournament’s format was altered this year, with two teams progressing from each group. Positive results against Portugal and then Croatia on Wednesday would see England progress. Portugal beat Croatia 1-0 hours after England’s defeat on Thursday.

‘One of the coaches used the analogy that we’ve taken a hit to the ribs and we’re winded a little bit, but we’ve not been knocked down to the canvas yet,’ Ramsdale said.

‘There are two big games to go and we know with the quality of this team that we’re more than capable of winning both and progressing to the latter stages.’