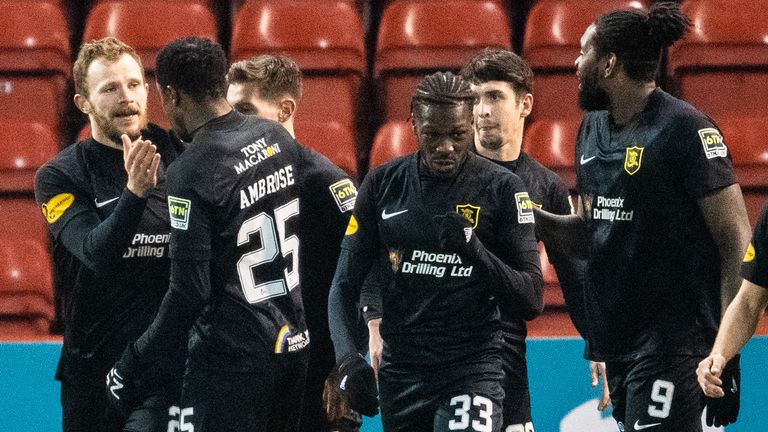 Livingston continued their superb form under manager Davie Martindale as they beat Aberdeen 2-0 to stretch their unbeaten run to 14 games.

An own goal from goalkeeper Joe Lewis and Nicky Devlin’s header in the opening 16 minutes earned the visitors a victory which moved them to within five points of their hosts, who dropped to fourth place in the Scottish Premiership table.

Aberdeen made headlines as they replaced their entire pool of strikers in the closing stages of the transfer window, with Fraser Hornby starting and fellow new signing Callum Hendry on the bench as they faced a Livi side they had drawn 0-0 with at the weekend.

The visitors initially made four changes to their team from that clash, but the withdrawal of captain Jon Guthrie in the warm-up forced a fifth one, while Craig Sibbald was also injured and could not take his place on the bench.

Martindale’s men rolled with the punches, though, and they took the lead in unusual circumstances.

Juan Serrano’s shot from an angle on the left looked an easy save for Lewis, but the goalkeeper misjudged the effort and scooped the ball into his own net. 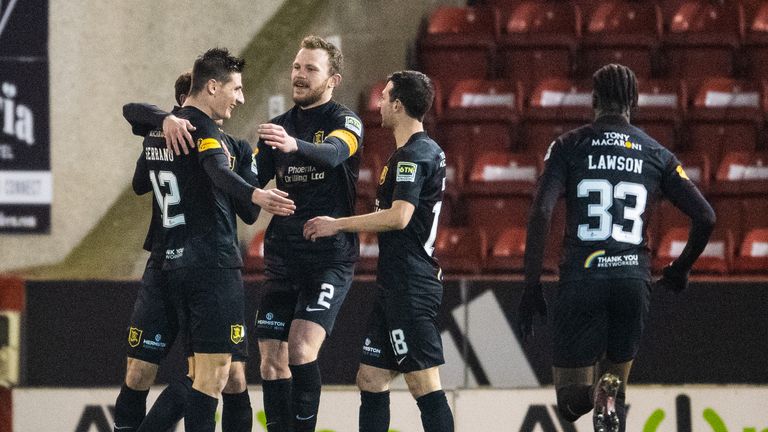 Aberdeen suffered their own injury misfortune, with star winger Ryan Hedges forced off after 12 minutes, and central defender Ash Taylor would follow before the half was out.

Injuries could not be blamed for Livingston’s second goal, though, as the home defence simply lost track of Devlin, who headed home Josh Mullin’s cross from six yards after a corner was only partially cleared.

Livi could have been further in front by the interval as Jay-Emmanuel Thomas pulled a shot wide and Aaron Taylor-Sinclair saw a shot blocked.

Hendry came off the bench before the interval, but it was Lewis Ferguson who seemed most determined to find Aberdeen a way back into the match. 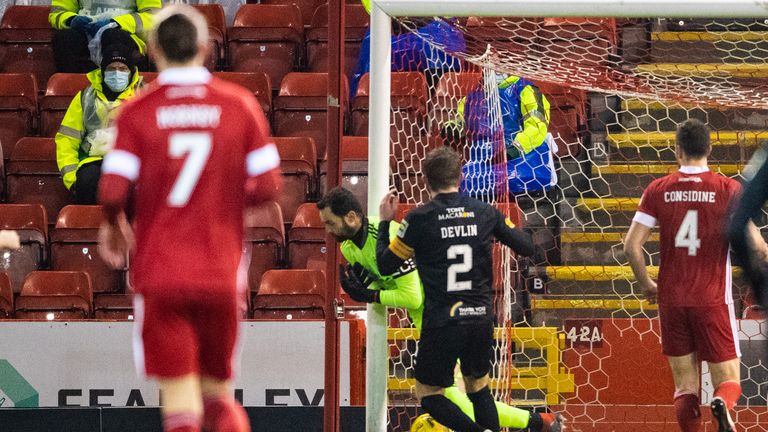 He crashed a half-volley off the underside of the bar early in the second half, leading to unsuccessful claims the ball had crossed the line.

The midfielder tried again two minutes later, with Max Stryjek getting down to save.

While Aberdeen certainly improved in the second period, they struggled to seriously test Stryjek and Livingston could have made totally sure of the points with 12 minutes left.

Andy Considine’s clearance fell straight to Scott Pittman, who burst into the area and was unlucky to see his shot crash back off the base of the post, with Lewis beaten.

Aberdeen face a visit to Hibernian as the race for third heats up on Saturday; kick-off at 3pm. Livingston host St Johnston at the same time.