‘I will not let one failure hold me back’: Ademola Lookman vows to ‘put the next one in’ after humiliating panenka penalty miss against West Ham

Ademola Lookman has vowed to step up and score his next penalty as Fulham manager Scott Parker tipped him to bounce back from his spot-kick shocker against West Ham.

Six minutes into stoppage-time, Fulham – trailing 1-0 – were handed a lifeline when Said Benrahma tripped Tom Cairney in the area.

But with the last kick of the match, Lookman attempted a Panenka-style penalty and watched in horror as his harmless chip down the middle floated into the arms of Hammers goalkeeper Lukasz Fabianski. 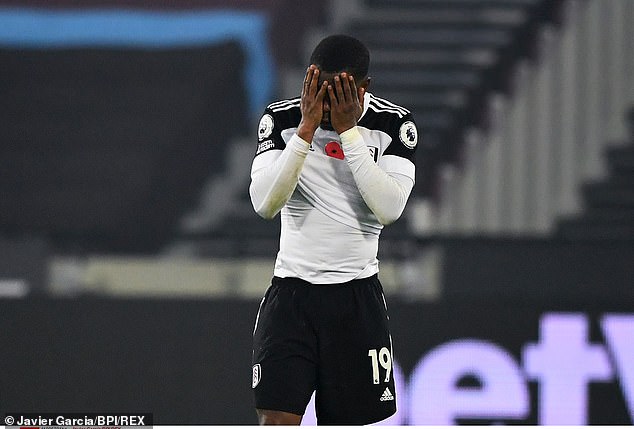 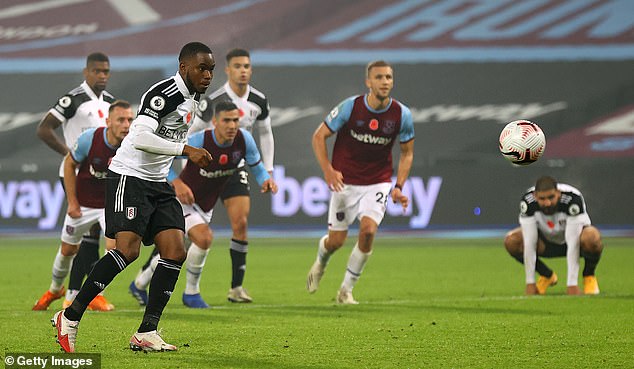 Lookman appeared inconsolable after his penalty miss and vowed to come back stronger.

He tweeted: ‘After yesterdays mistake, I take full responsibility and onus for it.

‘To my team-mates, manager and the supporters I vow to put the next one in. I will not let one failure hold me back.’ 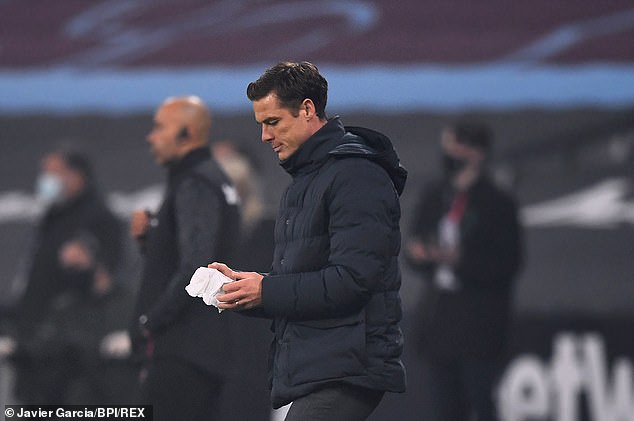 But the manager added: ‘He’ll bounce back. He’ll bounce back well. I know he will. He is an unbelievable character. A great professional, wants to learn. And he’s made a little bit of a mistake.

‘On Saturday it was Ade. Two weeks ago, it was someone else, another individual. And this is part and parcel of the process.

‘It’s a young team, young players who are learning and this is what happens. Like I keep saying you need to learn quickly from these moments and keep improving.’ 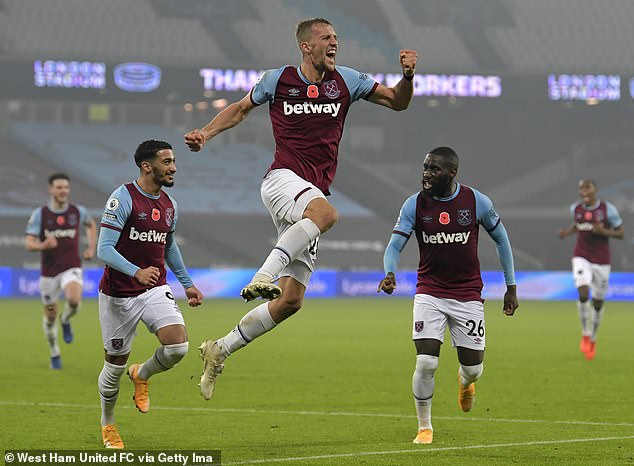 West Ham hit the crossbar twice, through Sebastien Haller and Aaron Cresswell, but had to wait until the first minute of injury time for Tomas Soucek to sweep them ahead from Benrahma’s cross.

Fulham justifiably claimed Haller was offside in the build-up but – after a VAR check – the goal stood to get Czech midfielder Soucek off the mark for the season.

‘I am very happy with the goal,’ said Soucek. ‘I’ve had many chances so far this season and I scored a goal against Wolves which they made an own goal, so finally I’ve scored a normal goal for the team.’