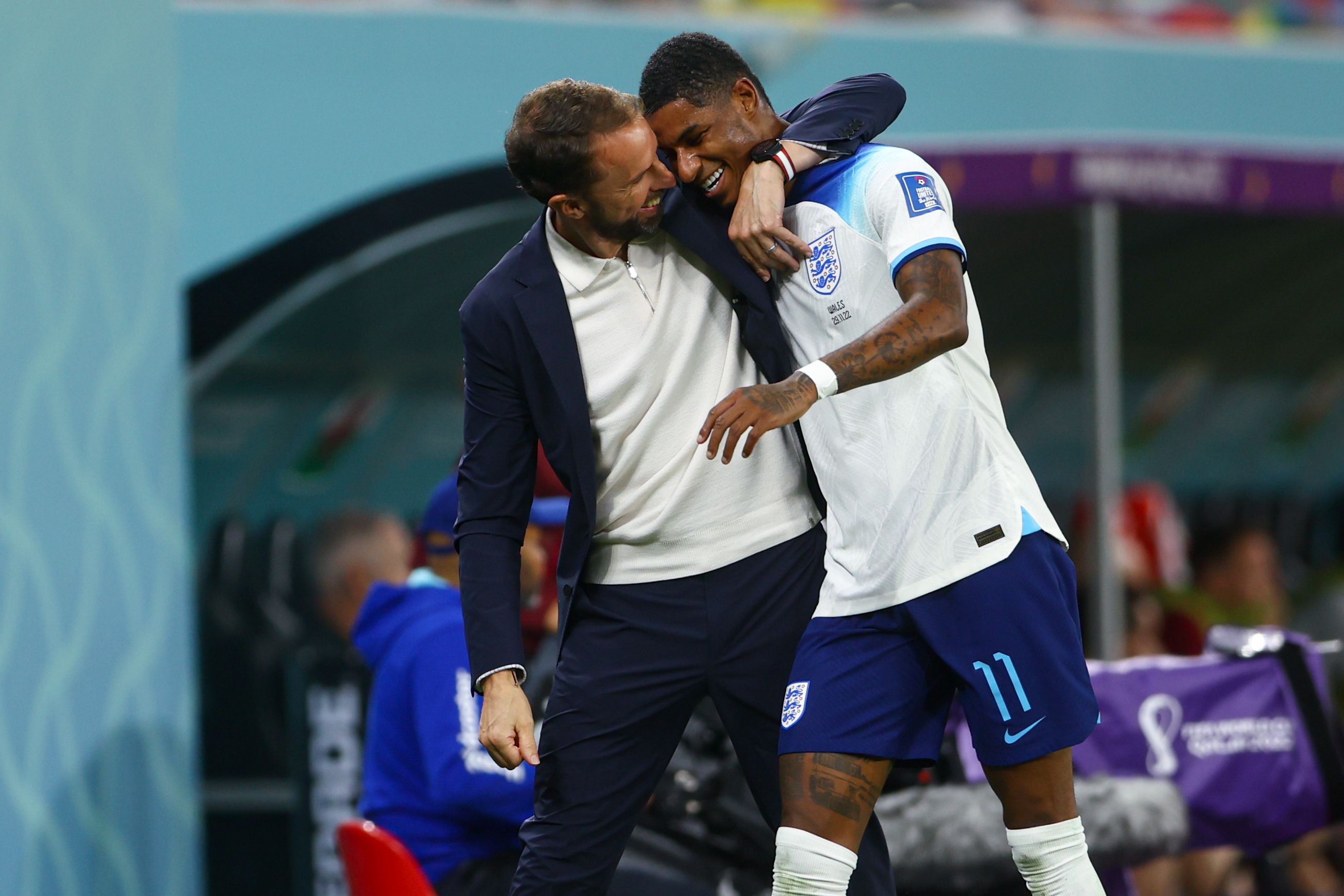 England face Senegal in the round of 16 on Monday, and, as per usual, there is much debate around who Gareth Southgate should start.

One of the big decisions the manager has to make surrounds in form forward Rashford who came off the bench in the opening two matches against Iran and the USA, scoring in the former just 49 seconds after his introduction.

He then started the final group game against Wales and bagged a second-half brace, including a brilliant free-kick, to move to the top of the goalscoring table in Qatar.

As a result, many are calling for the 25-year-old to start on the left of England’s attack in the place of Raheem Sterling.

It’s a big call for Southgate to make, but one that Alexander-Arnold suggests should be made, as he heaped praise on Rashford while speaking to talkSPORT.

‘To have him on your team, you know what defenders are thinking. He’s an outstanding player. He’s skilful, he can score goals, he can create goals.’

After enduring a nightmarish 2021/22, Rashford looks reborn this season, going from having no chance of making the England squad to now playing a pivotal role in it’s World Cup campaign.

‘I think he’s underrated, I think he’s someone that can win games for club and country,’ Alexander-Arnold added.

‘He has shown that before and I’m sure he’ll carry on and do that. I think he’s someone that can help us win this tournament.’