EXCLUSIVE: Alexander Isak suffers a major setback in his recovery from a thigh injury… with Newcastle’s £60m striker set to be out until AFTER the World Cup

Newcastle United’s £60million record signing Alexander Isak has suffered a setback in his recovery from a thigh injury and is likely to be out until after the World Cup.

MailOnline revealed yesterday that the Sweden forward had pulled up in training with the same problem and would be facing a spell on the sidelines.

It was expected that Isak would make his return this week but Eddie Howe has confirmed the 23-year-old will be out ‘for a while’ and ‘probably won’t’ feature before next month’s World Cup. 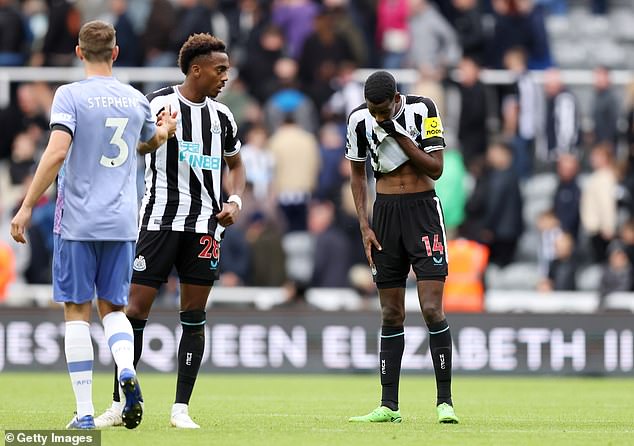 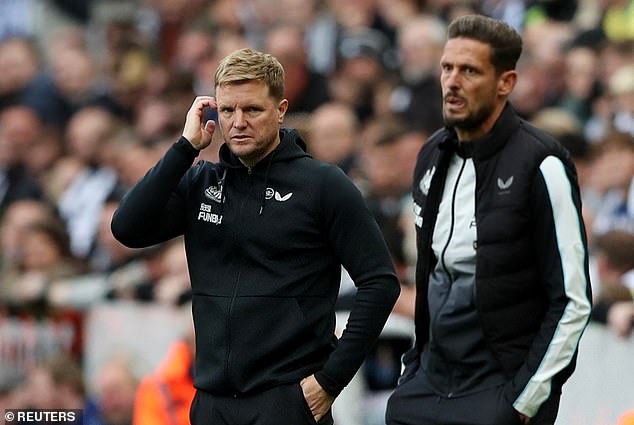 The news is a huge blow for Howe and the player, who has only featured three times since his arrival from Real Sociedad in August. He scored on his debut at Liverpool but felt a problem in his thigh while training with Sweden during September’s international break.

Isak’s comeback bid had been on course after stepping up his involvement at Newcastle’s training ground early last week. But Newcastle’s medical staff must now determine the best course of treatment given the risk of him suffering another recurrence.

Isak’s injury comes at the same time as Allan Saint-Maximin suffered a setback during his return from a hamstring layoff, as revealed by MailOnline on Saturday. The French winger will miss this week’s matches against Everton and Spurs with Newcastle hopeful his latest absence being limited to around a fortnight. 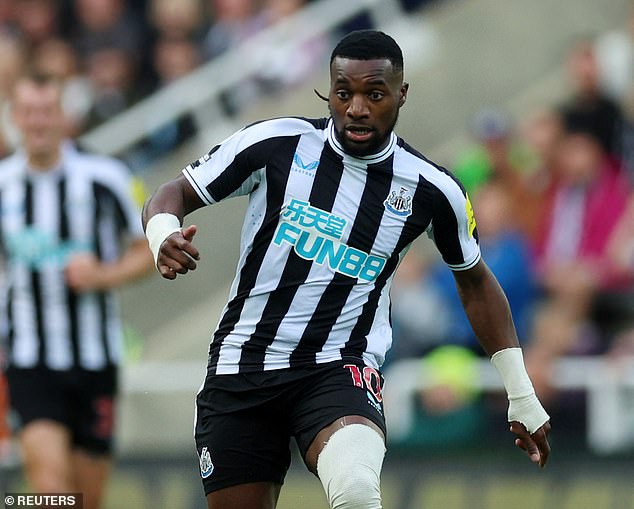