West Brom boss Sam Allardyce has shared his delight with his team after their stunning performance saw them romp home to a shock win over Chelsea.

Matheus Pereira and Callum Robinson both netted braces at Stamford Bridge, with Mbaye Diang also on target, as the visitors kept their faint survival hopes alive.

Allardyce reserved particular praise for the Midlands outfit’s finishing – and admitted they took ‘full advantage’ of Thiago Silva’s sending off in the first half. 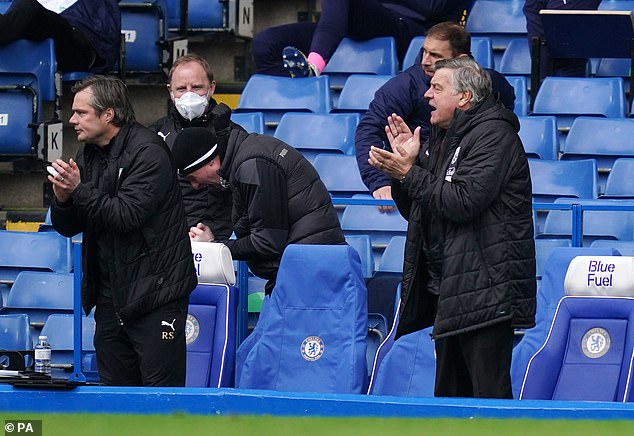 ‘We are really pleased and satisfied about how the players applied the tactics today,’ Allardyce told BT Sport.

‘We set out to control Chelsea attacks and see what we could do in possession. I have to say, because we ended up being so good in possession on so many occasions, the finishing was the best it has been since I have been here.

‘People will see they went down to 10 men and so forth, but I have managed plenty of teams with ten men that have not lost. 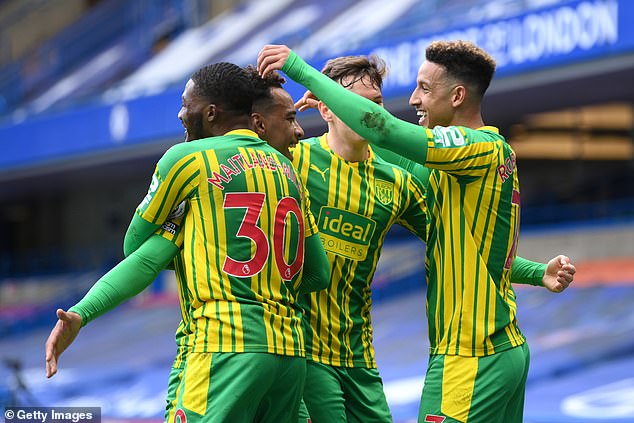 ‘We took full advantage but I thought we started brightly, created chances. Silva was lucky to stay on when he pulled Pereira back with both his hands.

‘They (the goals) were all quality, not just the finishes but the build ups you know, passing, moving, it’ll always bring you opportunities.

‘It is just a shame we haven’t had that quality finishing in other games because we would have picked up more points. It gives us a little more hope. This should give us a lot of confidence.

‘There’s a long way to go. Six or seven games I said we need to win, now it’s five and even then we might have a couple of draws, but we have started well on the track of trying to get more wins in the last eight games than we have all season. 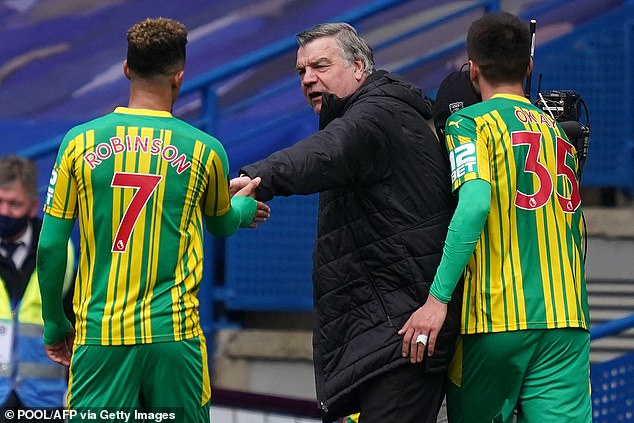 ‘It’s been done before, a long way to go but a good start.’

Robinson, who deftly lofted home West Brom’s fifth of the afternoon to cap off the result, labelled the occasion as ‘unbelievable’ for everyone involved with the club.

He said: ‘It’s been a tough season, where we are in the league, but it’s nice to come here and get so many goals and really enjoy it today, against a really good Chelsea team – 10 men or not they have a lot of quality.’