Sam Allardyce admits there is no room for error if West Brom are to avoid the drop after their 3-0 mauling against Leicester.

Defeat left West Brom nine points from safety with six games left, with manager Sam Allardyce admitting there can be no more slip ups in their run-in.

He said: ‘It’s (winning) five out of six to be absolutely certain (of survival) and that is a tall order. Trying to win as many games as we can starting with Aston Villa on Sunday. 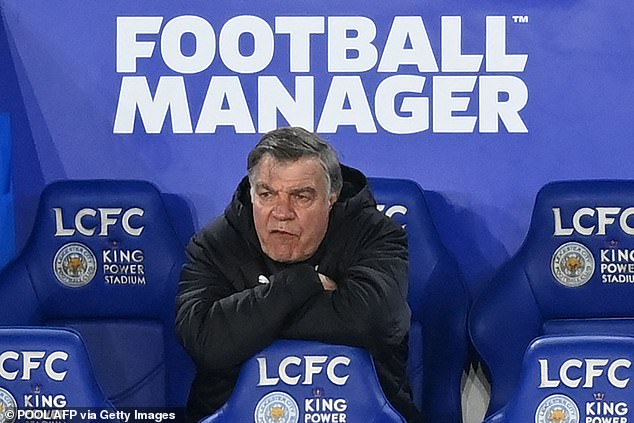 ‘We have to bounce back from this and do our best. It was disappointing for us, especially when you know you are coming across a team like Leicester and have heard me talking about taking your chances when they arrive.

‘We had ours with Mbaye [Diagne] and you must take that chance as it puts them on the back foot. When you miss you can often pay the price. We did because Leicester came into the game and overran us.

‘The game was beyond us [at half-time] and we had to make sure we shut the back door.

‘Leicester were far too good for us, in the first half particularly. We tried to look after their front two and one of the main reasons for our recent results has been our defensive solidarity. Today Leicester tore it apart. We couldn’t cope with them. 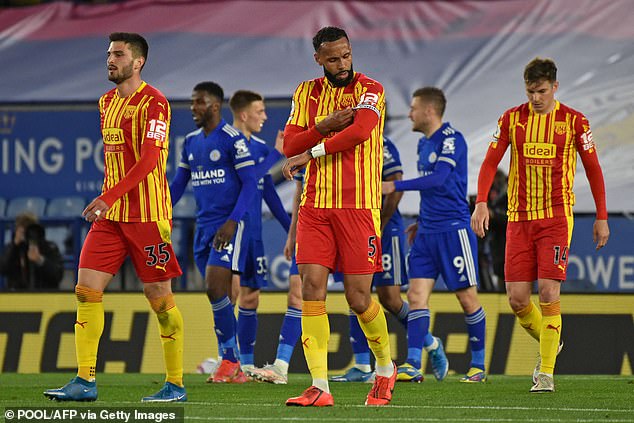 ‘It was a respectable second half but we didn’t get much at the other end. We had a good chance to open the scoring but Mbaye Diagne missed his kick and those are the sort of chances we can’t afford to miss.

‘In the end we thoroughly deserved to get beat. Was it great pressure from Leicester that forced us into so many errors? They are on a high, you can see why they are in the top four, they are as good as anyone in the league apart from Manchester City.

‘You have to get the basics right and those basics deserted us tonight. We need to win five out of six to have a sniff. We’ll give it our best shot.’