Marcos Alonso has hailed the three Chelsea teenagers who started their 2-0 Carabao Cup quarter-final win over Brentford on Wednesday – revealing they gave up some of their Christmas holiday to play in the tie.

The Blues ran out 2-0 winners against Brentford to move into the last four, with Spanish full-back Alonso giving his seal of approval to the three teenagers. 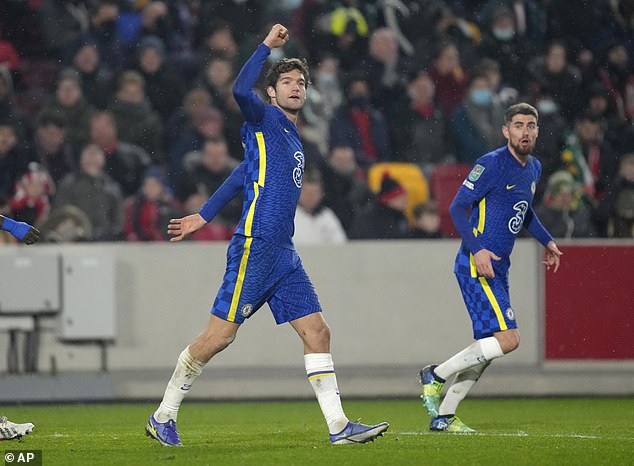 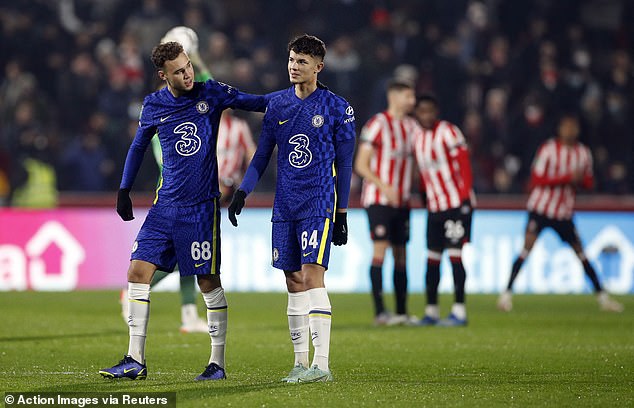 Alonso told Chelsea’s official website: ‘Everyone, even at 17 or 18-years-old played a great game, it’s credit to everyone.

‘I think they were on holidays two days ago. They came for a couple days of training and we saw the quality they have in this match. It is not easy to go here.

‘They have come to train with us sometimes. We see them and we follow them and I’m happy for them to make their debut. Hopefully they keep improving.

‘It was a very good game from everyone. It is difficult at this time, with so many games and with Covid and everything.’ 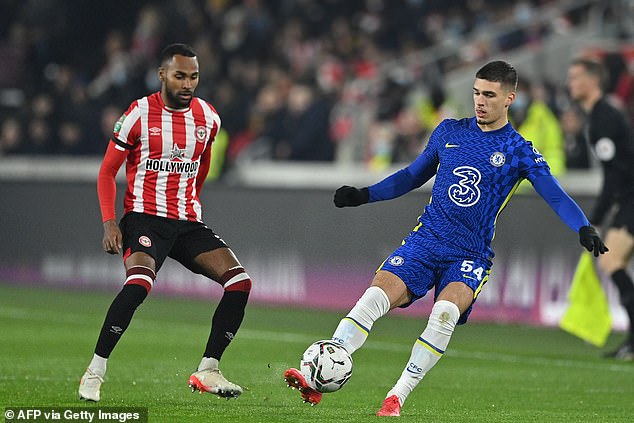 Young striker Soonsup-Bell was taken off at half-time in place for Christian Pulisic, while fellow forward Vale and Simons were replaced by Mason Mount and Reece James at the hour mark.

Two goals in the final ten minutes sealed the Blues progression to the semi-finals, where they will play Tottenham over two legs, with Brentford captain Pontus Jansson scoring an own goal before Jorginho struck home a late penalty after Pulisic’s foul.

Alonso identified the second-half substitutions of James, Mount and N’Golo Kante as crucial to the Blues’ late surge to move them into another League Cup last four clash. 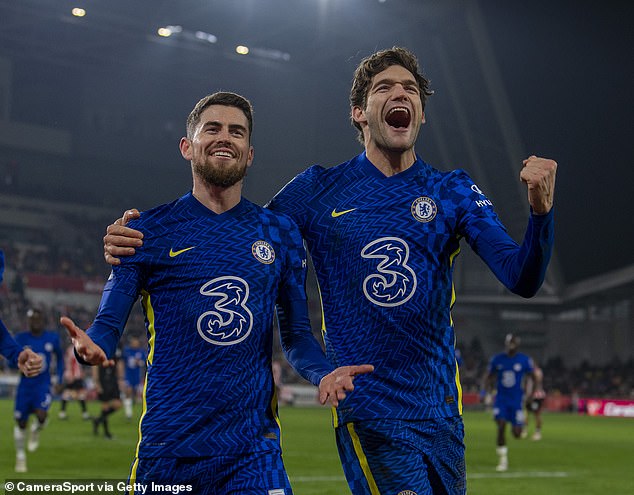 ‘I think it was like the last push with the help from the guys from the bench,’ Alonso added. ‘(It was) a good win, a good performance as well.

‘It was not easy for the fans to get here given the conditions, but it was a great win and a great atmosphere as well.’

Chelsea’s coronavirus crisis has been eased by Romelu Lukaku and Callum Hudson-Odoi returning to Blues training on Thursday after they both reported negative tests which ends their isolation period. The Blues’ next game is a Boxing Day trip to Aston Villa.