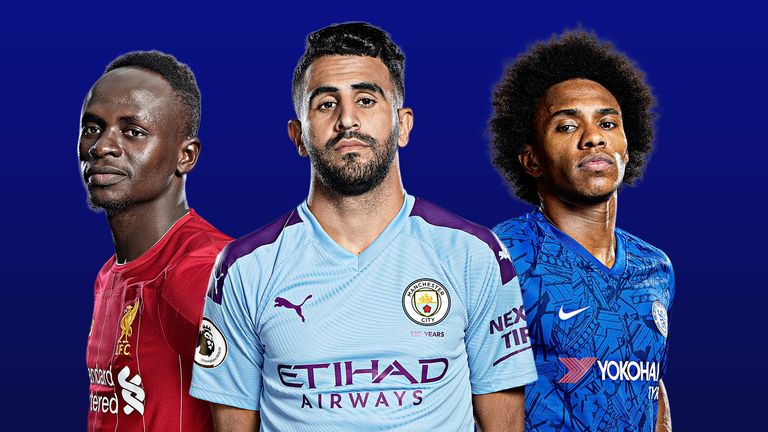 This week, we are looking at the best Alternative XIs of the Premier League season. Next, a side full of the providers, with the players creating more chances from open play than anyone else at their position.

As with each of these Alternative XIs, a 4-3-3 formation will be used and players included must have played at least 50 per cent of the season so far.

Download the team of the season podcast on: Spotify | Apple | Castbox | Spreaker Liverpool’s success owes a lot to their creative forces at full-back. Both Trent Alexander-Arnold and Andy Robertson lead the way in terms of creativity among defenders and are clear selections for this team – Alexander-Arnold creates more overall than any defender while Robertson narrowly edges his team-mate when it comes to open play.

Once again an under-lapping Sheffield United centre-back gets in one of these sides due to their additional attacking duties, as Jack O’Connell joins Tottenham’s Toby Alderweireld as the two centre-backs contributing most creatively from open play this season.

In goal, Burnley’s direct approach has seen Nick Pope create three chances – three-times as many as any other goalkeeper. No Premier League player has kept pace with Kevin De Bruyne in the creative stakes this season. The Belgium midfielder is on pace to break the record for most assists in a single Premier League campaign and has already created more chances from open play – and at a faster rate – this season than in any previous at Man City.

De Bruyne is partnered in midfield by team-mate David Silva, still dissecting defences more persistently than most at 34, and Norwich’s Emiliano Buendia – whose return is especially impressive given his side’s place at the bottom of the table. Further ahead, Riyad Mahrez is the third Man City player included, creating significantly more from open play than any other Premier League forward this season.