‘I didn’t even want to get out of bed’: Ex-Chelsea flop Alvaro Morata laments the blame he gets for Juventus’ struggles – as he admits the pressure has piled on after Cristiano Ronaldo left

Juventus and Spain striker Alvaro Morata has admitted the fierce recent criticism of his performances has left him not wanting to get out of bed.

The 29-year-old is desperately struggling for form in front of goal and has only found the back of the net four times in 14 appearances for Juventus so far this season.

His performances for the Italian giants mean they will most likely not take up the €35million (£30m) option to make his loan move from Atletico Madrid permanent at the end of the season. 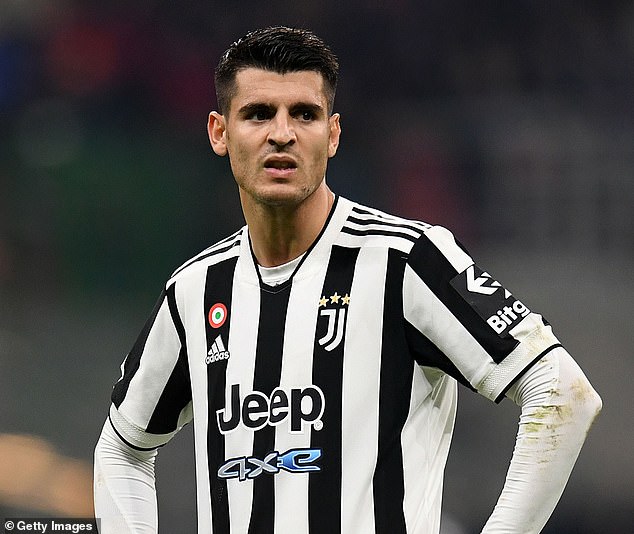 Morata’s poor start to the season at club level comes on the back off a miserable summer in which he received scathing criticism for his performances at Euro 2020.

He was booed by Spanish supporters before and during the tournament and people even threatened his family outside games, with some shouting ‘I hope your children die.’

Morata scored three goals during the tournament but missed the crucial penalty in Italy’s Euro 2020 semi-final defeat by Spain, allowing the Azzurri to go onto the final and beat England.

In an interview while on international duty with Spain, Morata admitted the abuse took its toll on him and sometimes left him not even wanting to get out of bed.

He said: ‘I always think about the fact that if we had beaten Italy, with our game, we would have had a lot of chances to beat England in the final as well.

‘But we have earned the respect of our opponents and the fans. The whistles are never nice. No one is perfect, we are not machines and I know what is expected of me. 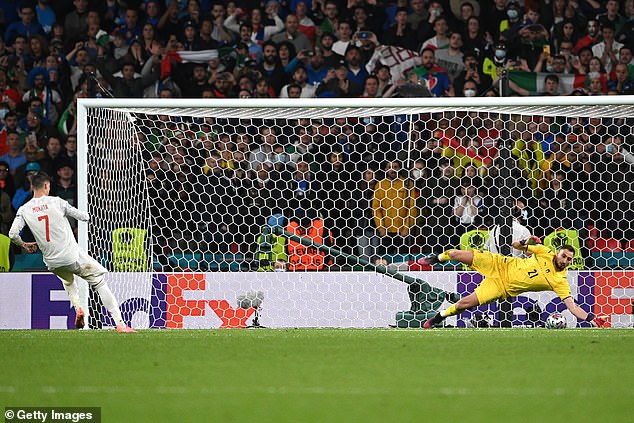 ‘There have been times when I didn’t even want to get out of bed. I’ve often said I’ve had a lot of bad times and, with another mindset, maybe I could have been a better player.

‘But I also have great willpower to get out of the dark times, otherwise I wouldn’t have had the career I had.’

Morata also insists his recent woes with Juventus are because he is still working his way back to full fitness, coupled with the increased scrutiny since Cristiano Ronaldo’s summer exit.

Juventus are desperately struggling for results and currently sit eighth in Serie A, 14 points behind leaders Napoli. 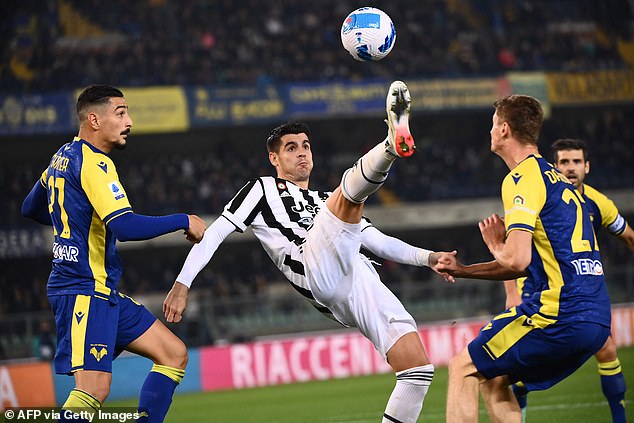 He said: ‘We are all under pressure after Ronaldo left. Myself maybe more because I am on loan. But when you are the master of your own destiny, the only thing you can do is work.

‘I was out for almost a month and because I rushed my return I did not feel fully fit. I had to work a lot for the team and I didn’t have the necessary clarity to score and be 100 per cent ready.

‘In the last few games I played on the left, almost as a winger. But the important thing is to play and do what the coach wants.

‘Obviously I would like to play better and score more but before the injury I was fine and then struggled to recover.’