Manchester United have handed Amad Diallo the No. 19 shirt after he completed his transfer from Atalanta. The youngster follows in the footsteps of the likes of Dwight Yorke, Edwin van der Sar and Nicky Butt. Marcus Rashford also previously wore it at Old Trafford.

United confirmed a deal for Diallo yesterday for a fee which could rise to £37million.

The 18-year-old has yet to fly to Manchester though.

That’s because he is currently waiting for a visa but all the relevant paperwork has now been submitted ahead of his new chapter.

Diallo shared his delight on social media after joining the Red Devils. 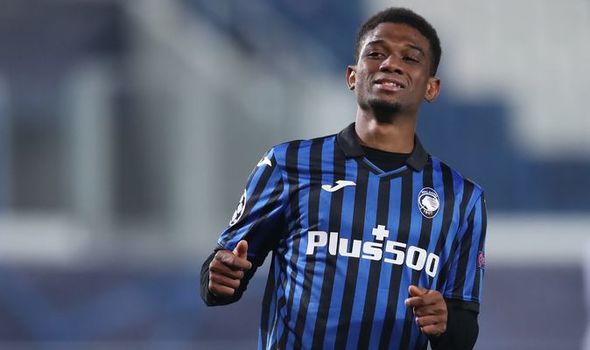 “After waiting since the summer, it is finally a dream come true to complete my move to Manchester United,” he said.

“I am hugely ambitious and there is so much that I want to achieve in the game; when I spoke to the manager I knew that I had joined the perfect club.

“This is a really exciting squad with so many great players, I can promise that I will work hard every day to learn from them and give everything to develop my game.

“The coaches have been fantastic since I signed, we have been in touch regularly and they have already given me a lot of great advice.”