Everton manager Carlo Ancelotti refused to say whether Jordan Pickford would start against Newcastle after his error in midweek.

The England number one was at fault for Leicester’s equaliser in Wednesday’s 1-1 draw, pushing a Youri Tielemans’ shot into the net.

Ancelotti has occasionally rotated his goalkeepers this season – coincidentally Pickford was left out for the trip to St James’ Park in November, with summer loan signing Robin Olsen preferred – but did not want to disclose who would play at Goodison Park this weekend. 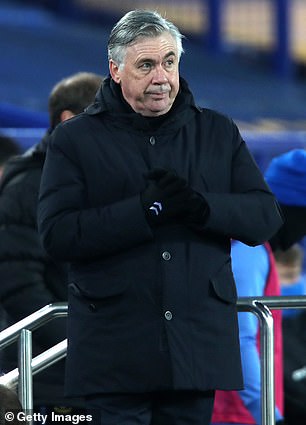 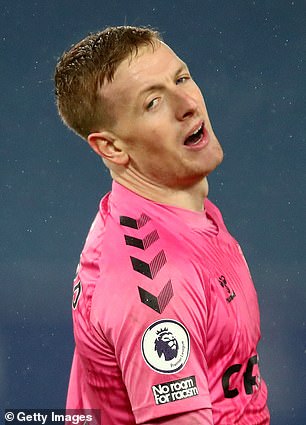 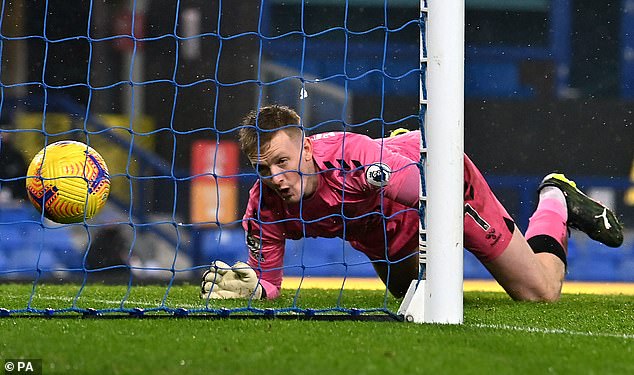 Asked whether Pickford would start, the Italian said: ‘I don’t know. I have to think about this.

‘I am not in the habit of giving the line-up during the press conference.

‘He did a mistake and I think that we can say this, but this doesn’t change for me or his team-mates the confidence we have. 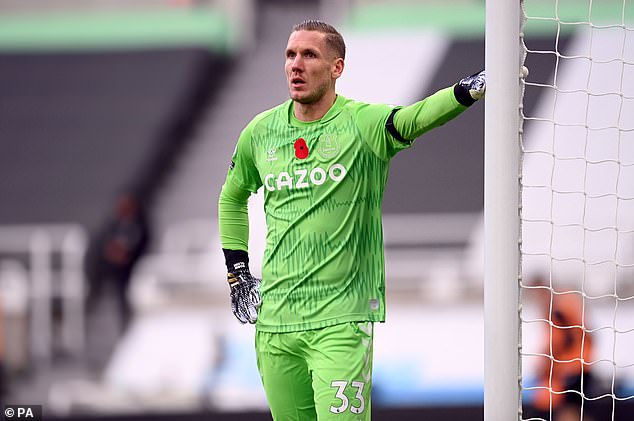 ‘He did fantastic saves in the past and if the team is solid it is solid because Pickford was better than in the period before.

‘There is absolutely no problem or doubt in his quality or his motivation.’

Everton, currently in seventh, can jump to fifth with three points against out-of-form Newcastle at Goodison Park in the lunchtime kick-off on Saturday.