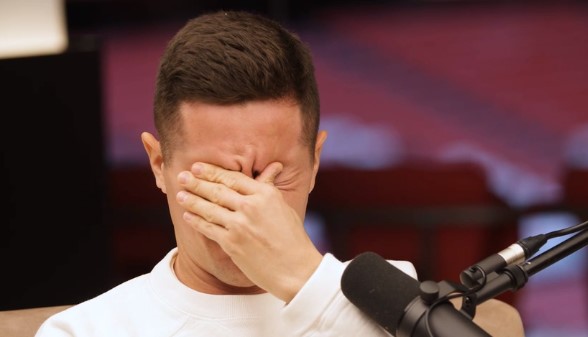 Ander Herrera broke down in tears after describing his Manchester United exit as ‘painful’.

The midfielder spent five seasons at United and helped the club win the Europa League, FA Cup and the EFL Cup during his time at Old Trafford.

But Herrera, who is now on loan at Athletic Bilbao from Paris Saint-Germain, admits he was unhappy with United over the handling of his exit in 2019.

The Spaniard believes he ‘deserved’ a new contract after winning United’s Player of the Year award in 2017, however, the club opted not to renew his deal and allowed him to leave on a free transfer two years later.

In an interview with MUTV which will be released in full on Monday, Herrera began to cry when asked if he felt emotional about his United departure and the 33-year-old needed to take a break from the recording.

‘I don’t want to, it’s not the moment to talk bad about anyone and I am not going to do it, but after my third season with the club I expected a little bit more from the club at that time.

‘I got the Player of the Year award by the fans and the club didn’t call me that summer to sign a new contract, and they did with other players. That was painful for me, honestly.

‘I think I deserved it and they didn’t do it. After, the conditions changed because I was not happy with that little moment with the club.

‘People go through the club but the club and the badge stays the same, so I could never say one bad word about the club because I am so, so thankful.

‘But that was a little bit painful. At the end of the third season, three titles, Player of the Year, and they didn’t call me in the summer so I was feeling a bit down.