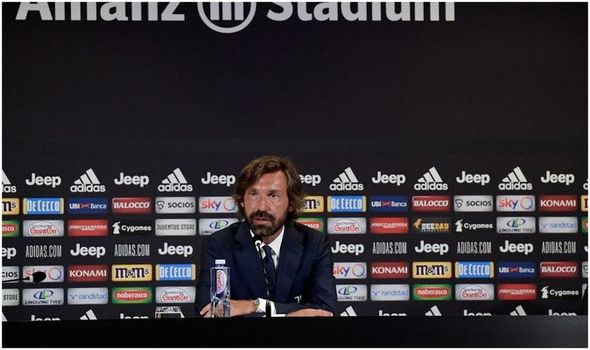 Andrea Pirlo is set to be confirmed as Juventus’ new manager after being handpicked by the club’s president. Italy legend Pirlo will succeed Maurizio Sarri in the dugout. Sarri was axed following Juventus’ Champions League exit at the hands of Lyon.

Pirlo, who spent four years as a player for Juventus, returned to the club as their Under-23 manager at the end of July.

A host of names were immediately linked with the vacancy but Juventus chief Andrea Agnelli has chosen the former midfielder to take the club forward.

The Old Lady secured a 2-1 win at the Allianz Stadium last night in the second leg of their last-16 tie but Lyon’s 1-0 victory in France was enough to see them through on away goals.

The disappointing conclusion to the campaign means Sarri leaves Juventus with just the Serie A title to his name.

It is his first major trophy in Italy but the club’s ninth league crown in a row was not enough to save his job.

A statement from the Old Lady said: “Juventus Football Club announces that Maurizio Sarri has been relieved of his post as coach of the First Team.

“The club would like to thank the coach for having written a new page in Juventus’ history with the victory of the ninth-consecutive championship, the culmination of a personal journey that led him to climb all the divisions of Italian football.”