‘He fell to the ground like a girl’: Fulham star Andreas Pereira BLASTS West Ham’s Craig Dawson and accuses him of looking for a penalty after bringing him down for a spot-kick in derby defeat

Fulham midfielder Andreas Pereira has slammed Craig Dawson for falling ‘like a girl’ when West Ham were awarded a penalty during their 3-1 win over the Cottagers.

The Brazilian was penalised by referee Chris Kavanagh and adjudged to have fouled Dawson to give away a penalty in Sunday’s clash.

Pereira appeared to rugby tackle the Hammers defender to the ground, having been warned by the referee on two previous occasions.

Bowen scored the resulting effort from the spot, before goals from Gianluca Scamacca and Michail Antonio secured the victory for West Ham at the London Stadium. 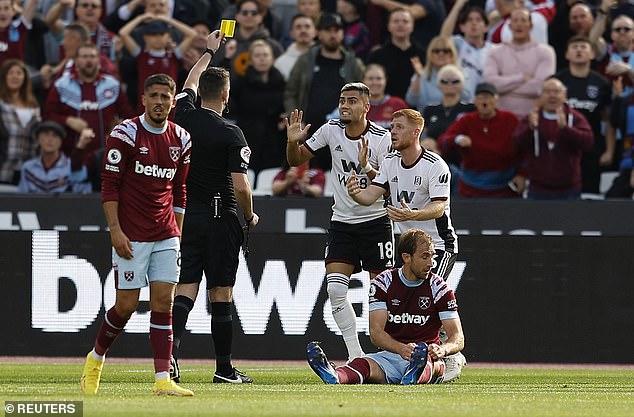 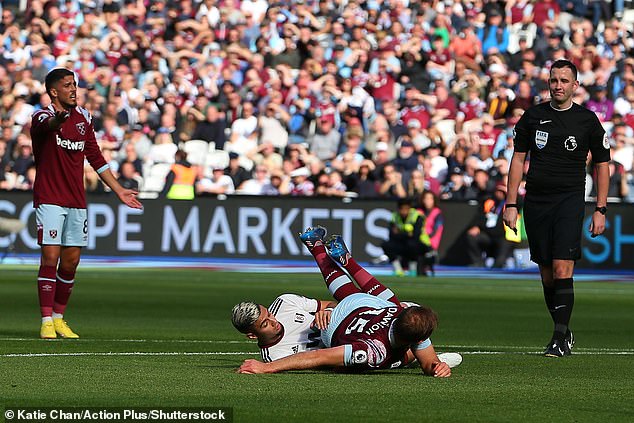 Pereira had earlier opened the scoring for Marco Silva’s side, his first for the club, with a searing effort from a tight angle but the Brazilian was furious with Dawson after the game.

‘He [referee] told me not to pull, not to have contact with [the opponent’s] shirt,’ Pereira told Yahoo Esporte.

‘And I said I was just getting in front of him, blocking, I wasn’t doing anything too much.

‘The first time, he ran me over, and I didn’t say anything, I didn’t complain.

‘In the second, and in the third, he sought contact and he [the referee] decided to give the penalty. 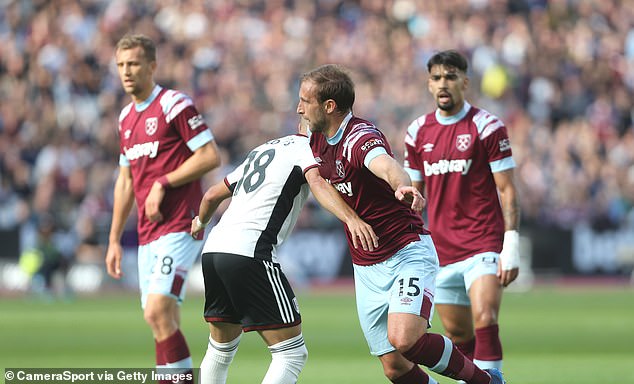 Former Manchester United player Pereira joined Silva’s side for £10m in the summer after making 75 appearances during an eight-year spell with the Red Devils that included loan spells with Granada, Valencia, Lazio and Flamengo.

Despite Sunday’s defeat, Fulham sit in ninth place after a promising start to the campaign.

They face Bournemouth on Saturday at Craven Cottage as they look to bounce back from the loss to West Ham and will hope to have talisman Aleksandar Mitrovic back after he missed the game against West Ham through injury.

The Serbian has been a revelation for Fulham so far this year, scoring six goals after he netted a record-breaking 43 times in 44 games in the Championship last season. 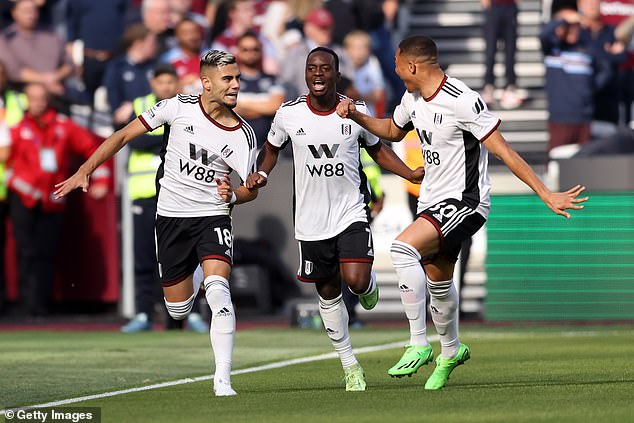 The Brazilian had earlier opened the scoring for Fulham, netting his first of the season