An Argentina supporter has taken the bold step of tattooing Lionel Messi’s insulting celebration in front of Holland coaches onto his skin.

After a highly fractious World Cup quarter-final on Friday, which saw the South American side triumph 4-3 on penalties after the match finished 2-2 after normal time and extra time, captain Messi struck a pose mocking the opponents’ staff.

And now one devoted fan has permanently inscribed the image on his body, with the words ‘Anda Palla, Bobo’ – translating to ‘Keep moving, idiot!’ – reportedly what the PSG forward shouted at opponent Wout Weghorst after the final whistle. 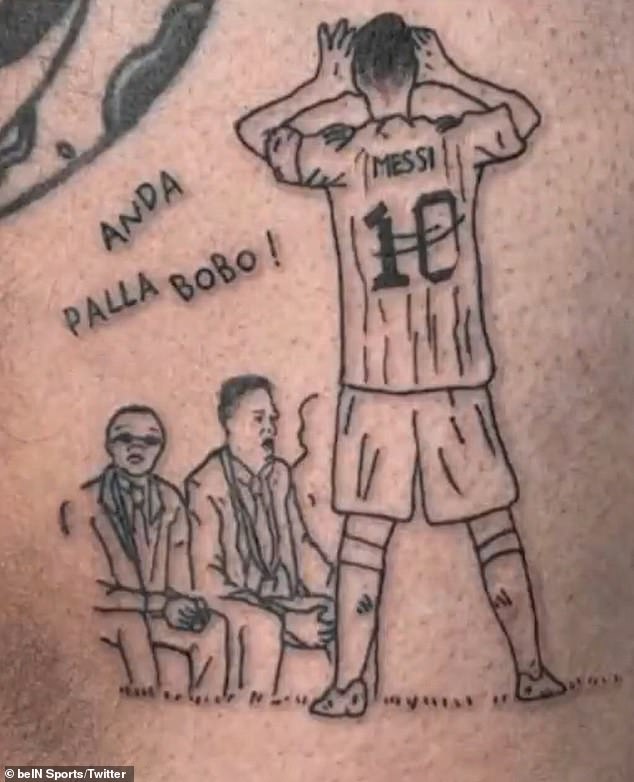 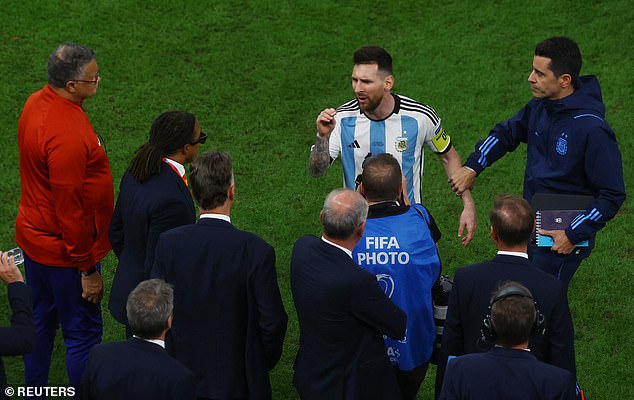 With 10 minutes left of the clash, Argentina were 2-0 up thanks to goals from Nahuel Molina (after a superb assist by Messi) and a penalty from the skipper, before substitute striker Weghorst scored a late double, including an 101st-minute equaliser.

After Lionel Scaloni’s side secured the win on penalties, Albiceleste players cheered in the faces of the Dutch, with Messi continuing the bad blood after the match.

He ran over to the Holland bench, jumped up and then copied the ‘Topo Gigio’ celebration, standing up with his open hands cupped behind his ears, the typical celebration of compatriot Juan Roman Riquelme, who used it in homage to the titular character of an Italian TV show from the 1960s which used puppets. 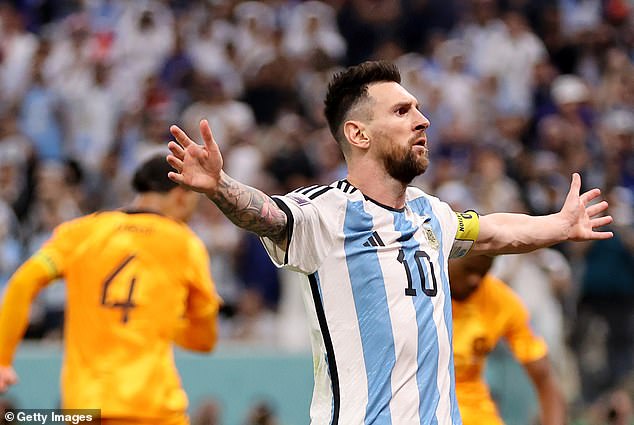 Messi said after the match: ‘I feel disrespected by Van Gaal after his pregame comments and some Dutch players spoke too much during the game.’

Van Gaal also ostracised attacking midfielder Riquelme when the player worked under him at Barcelona.

The tattoo features Messi’s pose, Holland manager Louis van Gaal and coach Edgar Davids, and the slogan he is said to have shouted at Burnley’s Weghorst. Argentina face Croatia in the World Cup semi-final on Tuesday evening.