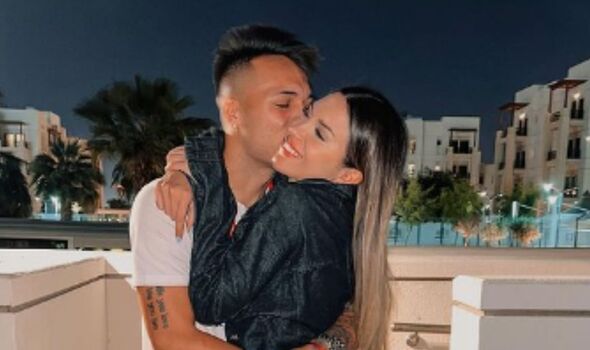 Members of Argentina striker Lautaro Martinez’s family made an unwanted visit to a Qatari hospital after finding “large pieces of glass” in a drink just days before Argentina’s 3-0 World Cup semi-final triumph over Croatia. The centre-forward’s girlfriend Agustina Gandolfo, who has been in a relationship with the Inter Milan striker since 2018, has taken to social media to vent her anger and concern following the scary ordeal which has somewhat overshadowed their own personal experience of witnessing Lionel Scaloni’s side’s journey to the final in the flesh.

The 26-year-old model was in attendance at the Lusail Stadium on Tuesday night following the incident that is believed to have taken place earlier this week.

Gandolfo claims her sister and her sister’s partner were visiting the Doha shopping mall when they allegedly found glass in one of the group’s bottles that the male was drinking from.

She has since disclosed that their first port of call was to alert security following the concerning find which left the group feeling incensed and confused.

Martinez’s family circle then called the Argentine embassy in Qatar to gain clarification on how health care works in the Middle Eastern country after raising their concerns.

Much to the surprise of Gandolfo, she claims the officials accused the group of planting the glass themselves.

A trip to hospital for a general checkover soon followed but it was the nature of how the situation was handled that frustrated Gandolfo and her family the most.

Gandolfo wrote on Instagram: “I want to tell this so that it doesn’t happen to anyone else because what happened seems super dangerous and serious to me.

“A few days ago, my sister and her boyfriend went to the mall and ordered some juice. When my brother in law had already drunk half a bottle, he found that it had very large pieces of glass in it.

“We went to the locals and shopping security and they told him that he had to go to the hospital because if he swallowed any of those pieces of glass it could be very dangerous.

“They contacted us and minimised everything. They told us there was nothing wrong and also accused us that we had put the glass pieces in or that they could have gotten in, I don’t know how because I don’t know how the glass can get into a juice.

“There is a complaint about this because the episode seemed to me ‘very serious'”.

Argentina’s players have been given the day off today following their emphatic victory over 2018 finalists Croatia.

Lionel Messi turned in a masterclass by scoring and assisting for Julian Alvarez as the Manchester City striker struck twice for the reigning Copa America champions.

Martinez posed for a picture alongside his partner Gandolfo as they enjoyed some rare downtime together before preparations begin for Sunday’s final.

The former Tottenham transfer target, who netted the winning penalty for Argentina in their quarter-final victory over the Netherlands, came on in the 62nd minute when he replaced Leandro Paredes.

Tragically, Qatar’s World Cup organisers have confirmed that a security worker died following the last-eight clash after a serious fall at the Lusail Stadium in the early hours of Saturday morning.