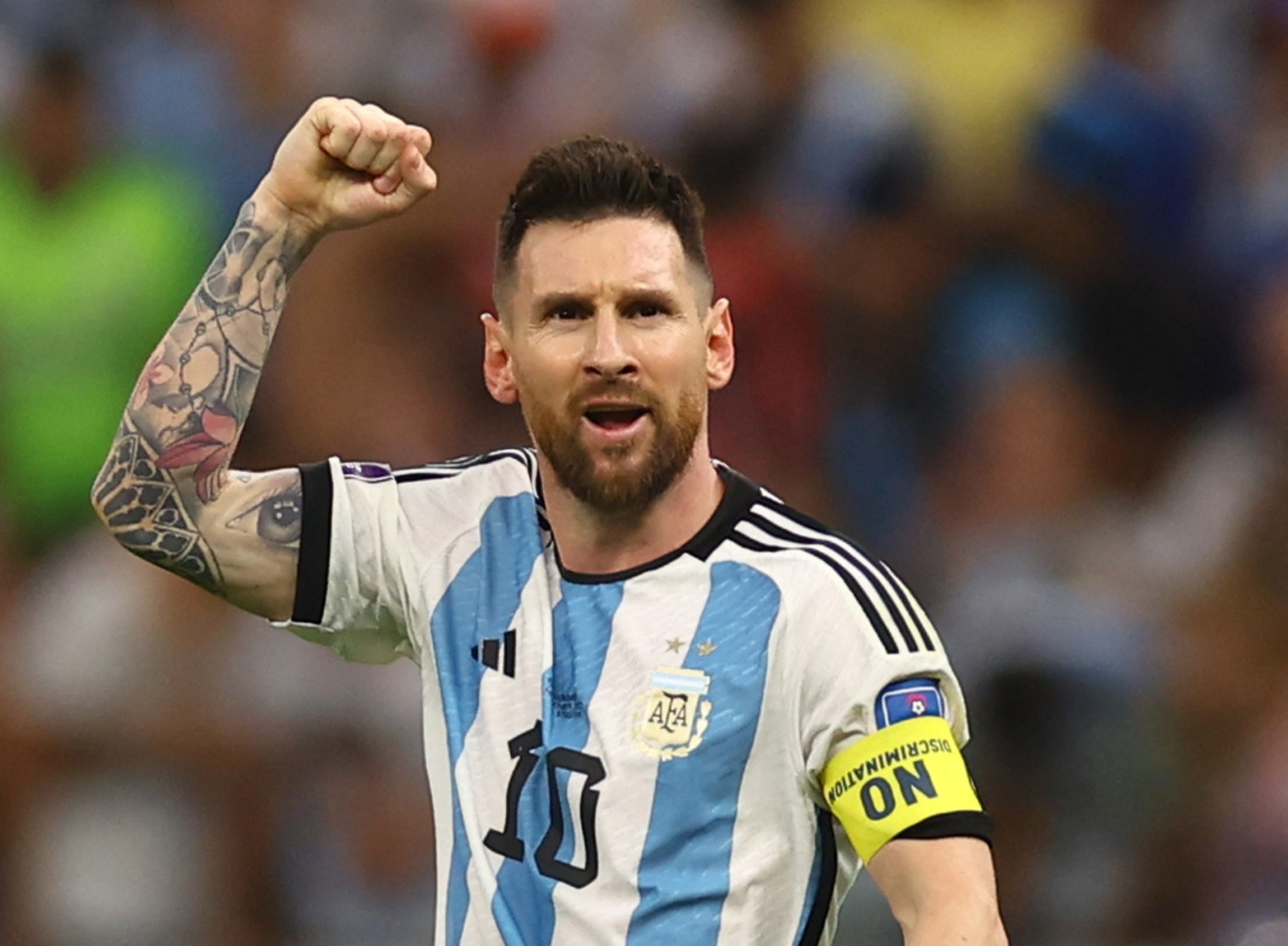 There are two changes to the Argentina starting line-up from their quarter-final victory over the Netherlands. Nicolas Tagliafico and Leondro Paredes in for Marcos Acuna and Lisandro Martinez.

Boss Lionel Scaloni has opted for a formation change from 3 at the back to 4 with and extra body (Paredes) in midfield.

Croatia are unchanged once again.

Argentina have worked out how to hurt Croatia, coach claims

Argentina believe they have worked out how to hurt Croatia in their World Cup semi-final on Tuesday.

Croatia were not the favourites to reach the last four again but they came through two penalty shootouts in a repeat of their 2018 exploits.

And Lionel Scaloni is in no doubt of the threat they pose his side.

“They have troubled many national teams. I won’t mention the key players or their strengths and weaknesses but we’ve analysed where we can hurt them. Sometimes it works out, sometimes it doesn’t,” he said. 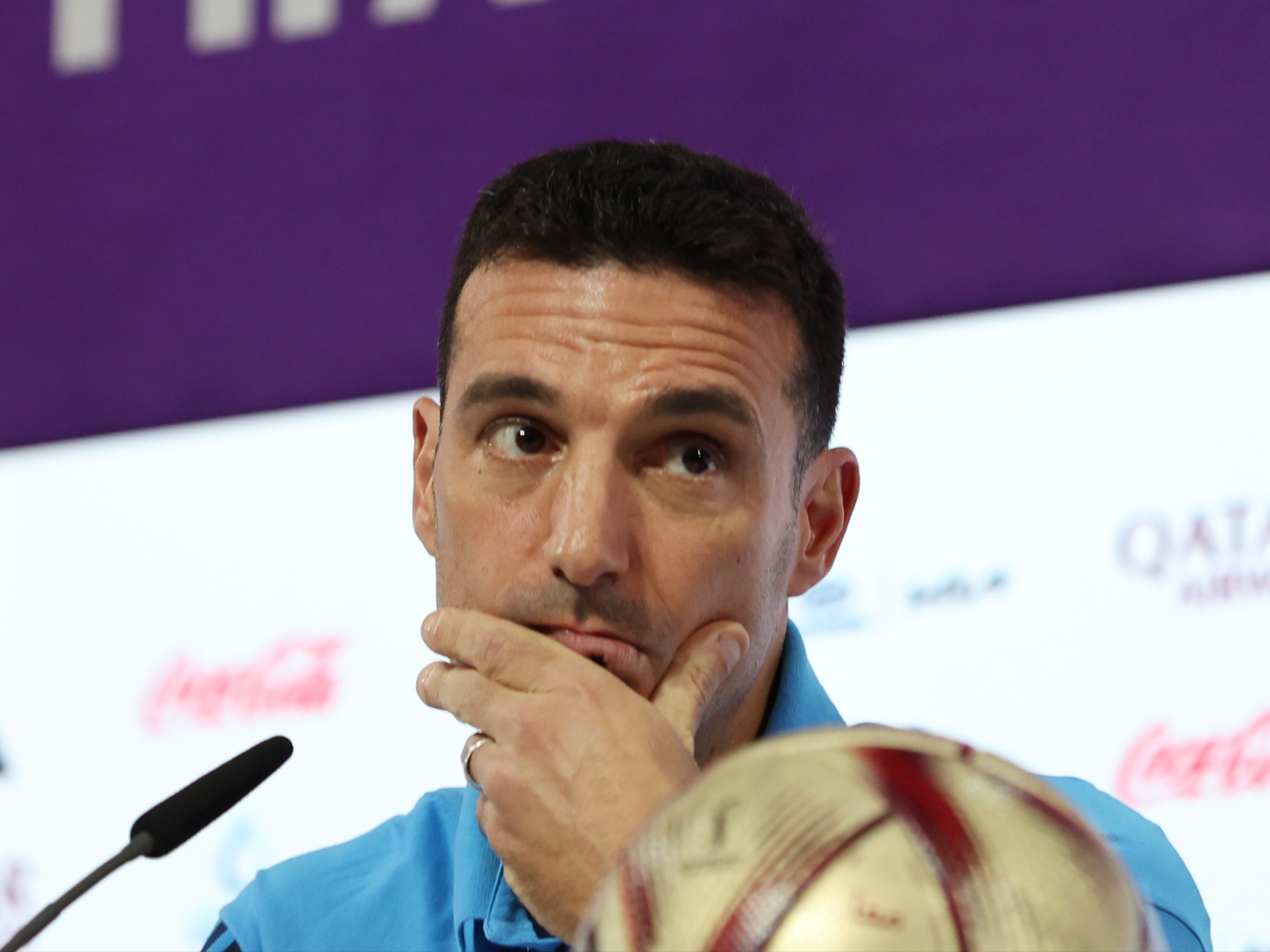 Argentina have worked out how to hurt Croatia, coach claims

Messi to give Argentina ‘special advantage'

Agrentina defender Nicolas Tagliafico says that Lionel Messi’s presence will give the team a “special advantage” against Croatia in their World Cup semi-final this evening.

Argentina’s progress to tonight’s match has largely been inspired by Messi with the forward scoring four and assisting two of their nine goals.

“He has always been like this,” said Lyon left-back Tagliafico. “For us he is our captain and our leader. He is the one pushing us and motivating us.

“He is the one who gives us that special advantage when we are on the pitch. We know we have Messi and it is a great source of motivation and hope because we all know that we can contribute and give our best. We are really happy to have Messi as our captain.

“With everyone’s support we are all working together to achieve our dreams, and it is the most beautiful thing to do it with Messi by our side.”

In 1950, as they scarcely need reminding, Uruguay won the World Cup. The crowd at the Maracana when they beat Brazil in what was, in effect, the final is thought to have been around 200,000. To put it another way, almost 10 percent of Uruguay’s population at the time.

It has proved a turning point in the history of the global game, and not merely because every subsequent World Cup has had an actual final. Uruguay have reached subsequent semi-finals in 1970 and 2010, the Netherlands three finals but no smaller country has won the World Cup since. Until now? Probably not, but Croatia, with a population of less than 4 million, are semi-finalists for the second successive tournament and the third time since 1998 and they have been underestimated every time.

Go back a generation or two and the Yugoslavia national team used to be referred to as “the Brazilians of Europe” but Croatia have eliminated the actual Brazilians, and without being able to call upon Serbian talent such as Dusan Tadic, Dusan Vlahovic, Sergej Milinkovic-Savic and Filip Kostic, Bosnia’s record scorer Edin Dzeko, Slovenia’s brilliant goalkeeper Jan Oblak or his Atletico Madrid team-mate, Montenegro defender Stefan Savic.

As a country, in its current political entity, Croatia is barely three decades old. As a team, they are the great overachievers of international football. Zlatko Dalic – in a select group of four managers with Luiz Felipe Scolari, Joachim Low and Didier Deschamps to reach successive World Cup semi-finals in the 21st century – has channelled his players’ love of Croatia; if history can be a burden for others, Brazil included, it seems to spur Croatia on.

“I said never underestimate us: pride, faith and patriotism,” said Dalic, in what sounded more a political rallying cry than a tactical blueprint. “We are great fighters. Only Croats can do that. This is a victory of the new Croatia.”

Goalkeeper Dominik Livakovic struck a similar note. “We are fighters and we played our hearts out,” he said. 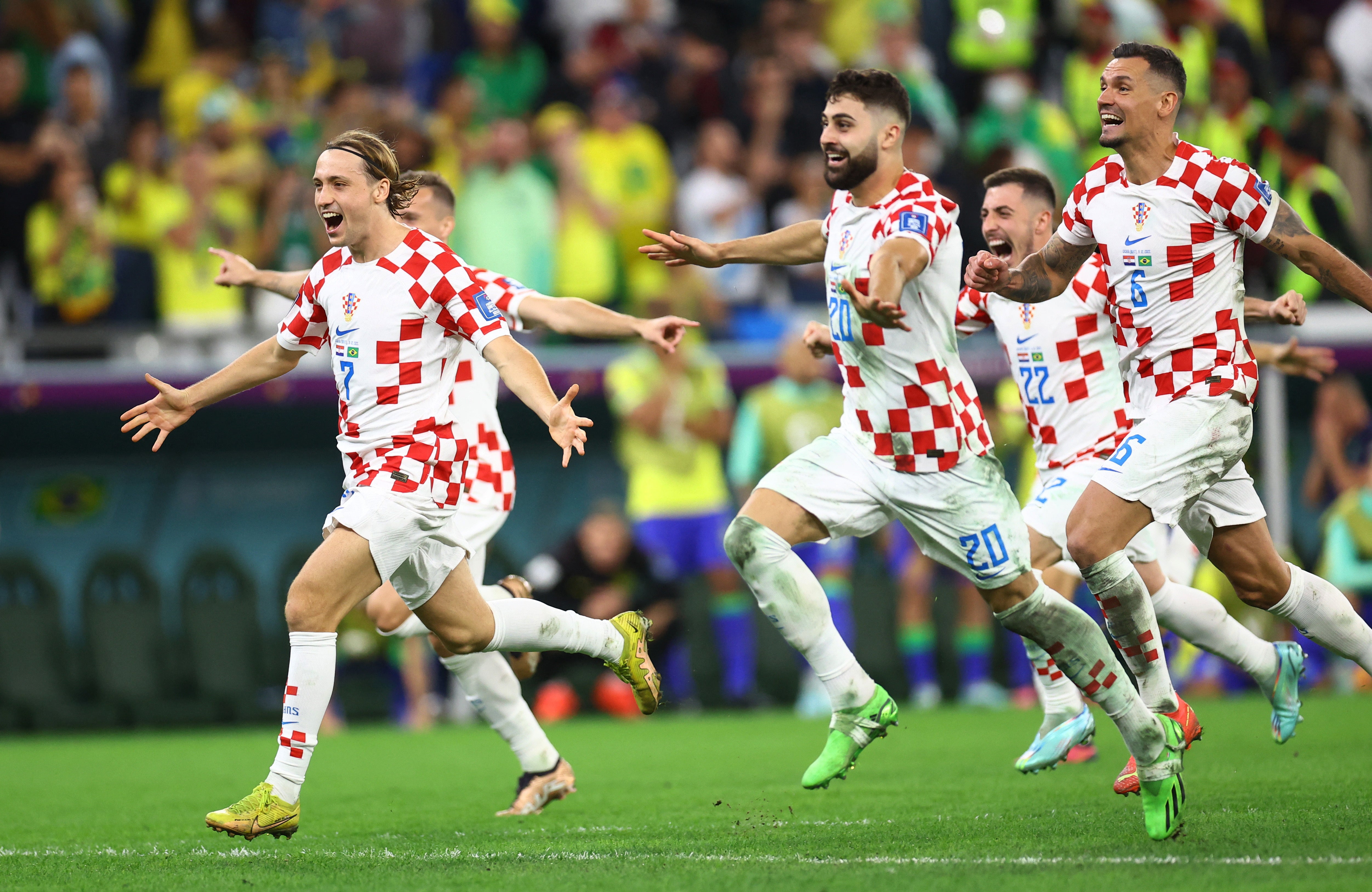 The atmosphere is building in Qatar

The atmosphere is building in Lusail, where Argentina take on Croatia at 10pm local time (7pm GMT) for a place in the World Cup final.

Out on Lusail Boulevard, just around the corner from the stadium, music is blaring and fans are gathering in large numbers to get some food before kick off. Almost all of them are wearing Argentina’s sky blue and white colours, in a diverse combination of those who have travelled from South America to be here and people local to the region who support Lionel Messi’s team in huge numbers.

Lusail itself is an odd place on the northern tip of Doha, with very little here beyond the boulevard itself, a long street of shiny shops and restaurants which runs down from the stadium to the coast – highlights include McDonald’s, Nando’s and Sainsbury’s.

You have probably seen images of this stadium by now, an imposing, brightly lit 80,000-seater: one of these teams will be back here for Sunday’s final. 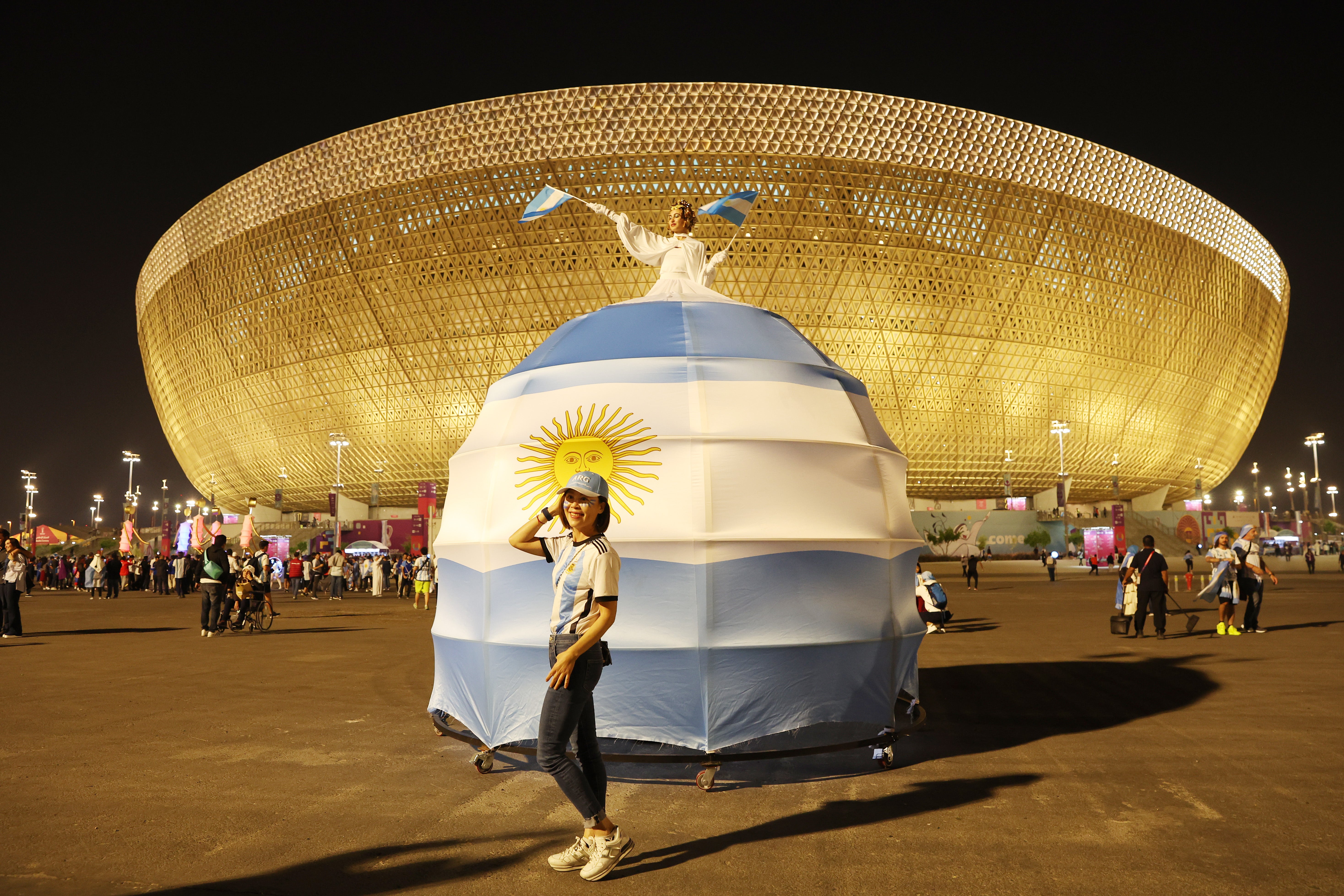