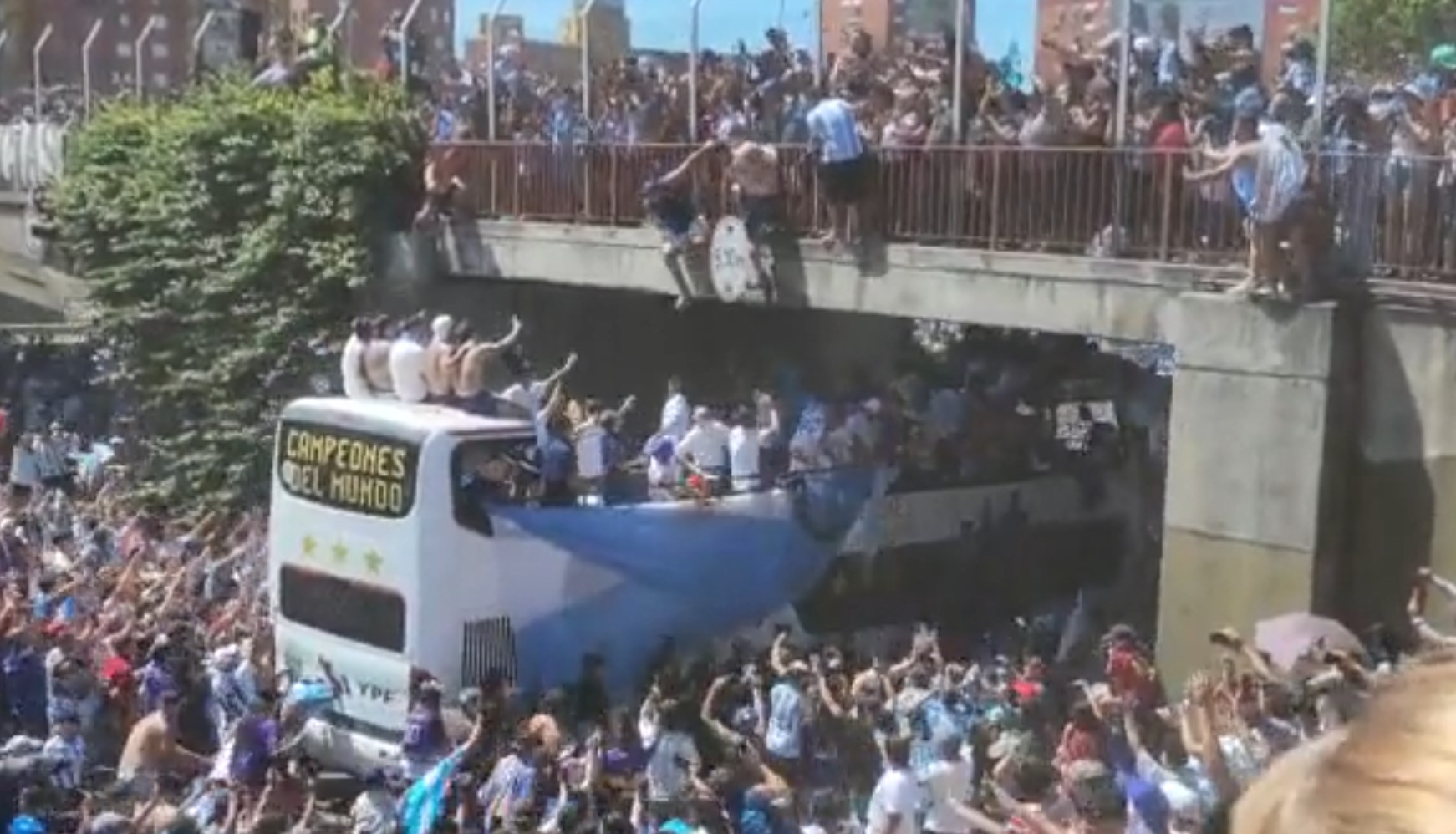 Argentina’s World Cup parade was suspended due to safety concerns after fans attempted to join the players on the bus by jumping from a bridge.

Over four million people took to the streets of Buenos Aires on Tuesday to celebrate with Argentina’s players and the World Cup trophy.

But Argentina’s team bus was forced to make an emergency detour as two men risked severe injury by trying to board the vehicle.

The first man who jumped successfully made it onto the bus, despite Argentina’s players clearly urging him to stay on the bridge, but the second man jumped too late, hit the back of the bus and fell to the road.

Security officials then took the decision to call an early halt to the parade and the players were taken back to the national team’s training base on the outskirts of Buenos Aires by helicopter.

Argentina’s World Cup parade was scheduled to run across 18 miles and finish at the Obelisco de Buenos Aires in the city centre.

Alberto Crescenti, head of the emergency medical services in Buenos Aires, confirmed there have been eight injuries on Tuesday.

‘So far, we have eight injured, some with arm and leg fractures, due to climbing traffic lights and different places where one should not climb.’

During the celebrations on Sunday evening after Argentina’s World Cup win in Qatar, Crescenti revealed that a further 340 people were injured.

A statement from Argentina’s Football Association said: ‘The players of the Argentine soccer team ended the festivities by flying over in a helicopter over the crowd of fans who gathered in the city.

‘They made that decision after verifying that they could not continue advancing by bus in the middle of the crowd.’

AFA president Claudio Tapia said: ‘They don’t let us get to greet all the people who were at the Obelisk, the same security agencies that escorted us don’t allow us to move forward.

‘A thousand apologies on behalf of all the champion players. A shame.’