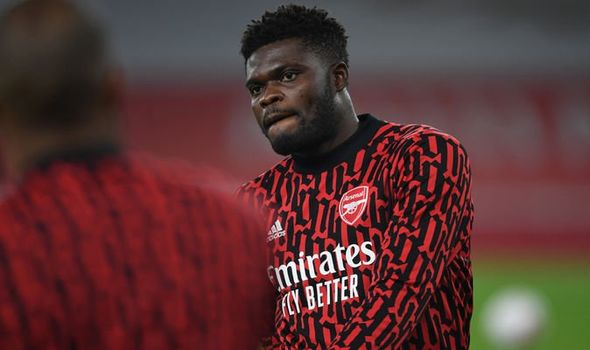 Arsenal midfielder Thomas Partey is hopeful that the injury he sustained prior to the international break is not serious, according to reports. The Ghanaian was forced off after just 45 minutes against Aston Villa in the Premier League last weekend.

The holding midfielder, signed for £45million from Atletico Madrid in the summer, picked up a thigh problem in the 3-0 defeat to Villa at the Emirates and had to be replaced by Dani Ceballos.

Post-match, Mikel Arteta said: “We don’t know [the extent] of it. We have to scan him tomorrow or the day after and see what he felt straight away.

“Let’s wait and see what the magnitude of the injury is. I don’t know [if he will go away with Ghana now]. As I said, the doctor will have to have a look at him and probably scan him.

“Then we will decide what to do with him.” 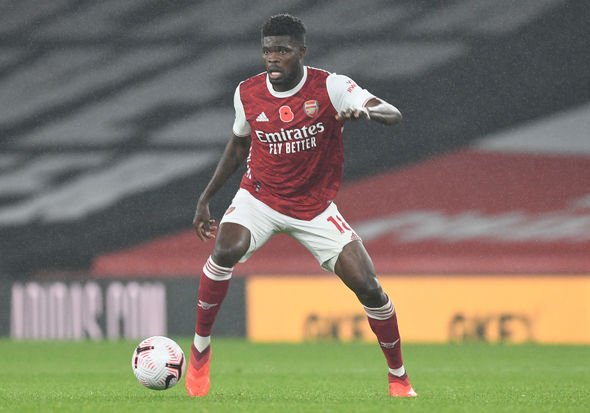 But results from Partey’s scan have still yet to be revealed with it unknown whether or not he will play against Leeds United this coming Sunday (4.30pm kick-off).

And according to Goal journalist Charles Watts, speaking on his YouTube channel, Partey has stayed in north London due to his thigh injury but is confident his issue isn’t too severe.

Watts spoke to a source close to the player and while he could not get an exact return date, Partey is said to be optimistic of returning to the pitch soon.

Whether that is against Marcelo Bielsa’s Whites remains to be seen, with Arsenal travelling to Elland Road this weekend.

Arsenal manager Arteta would love to have Partey in his midfield in Yorkshire given the challenge Leeds will pose. 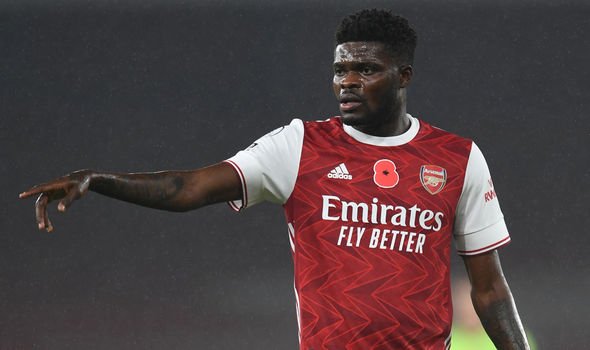 The Londoners have lost four of eight top-flight matches this term and while Leeds are lower than them in the table, they have given a real game to the likes of Liverpool and Manchester City with energetic style of play.

Arsenal will required to work hard defensively if they are to come away with any points and Partey has impressed in his five appearances for Arsenal so far.

He was excellent in the Gunners’ 1-0 win over Manchester United at Old Trafford at the start of the month.

Arsenal captain Pierre-Emerick Aubameyang said after that match: “It was a great performance from the whole team and it was great to see Thomas Partey play like that even though he’s not been here long.

Cesc Fabregas reveals what he has heard about Mikel Arteta

“Off the pitch, he’s a really humble guy and you can see that on the pitch as well because he really gives everything in the game.

“He is really simple and quiet, so humble, and we all really like him.

“On the pitch, his strengths are his energy and the way he can stop counter-attacks and dangerous situations. That’s really important for us.

“I think he locked down three of Manchester United’s midfielders on Sunday – that’s my point of view anyway – and that’s really important for us.

“Also he can play forward really well when he regains the ball and that’s a good point for us.”