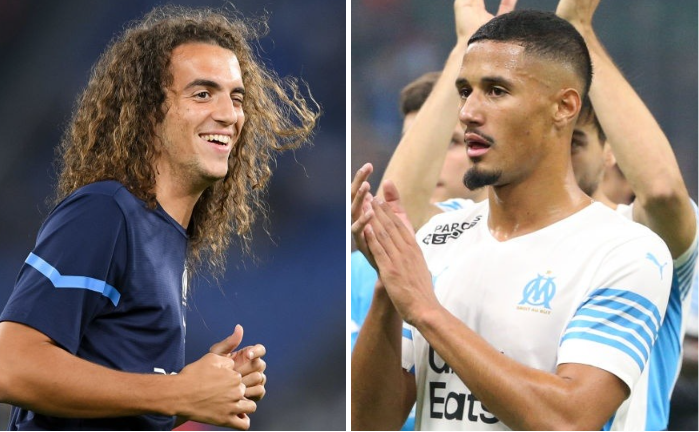 Any Arsenal players disgruntled over their lack of match time might be minded to think of Marseille as their next port of call.

William Saliba and Matteo Guendouzi have made the switch to this football-crazy city on the south coast of France and the move has paid off handsomely so far. Having settled immediately, the pair are integral members of an exciting side led by manager Jorge Sampaoli.

The terrier-like former Argentina boss unconditionally trusts the on-loan Gunners, installing the duo among his go-to players from the moment they arrived at the club’s Commanderie training ground over the summer.

Boasting 990 and 953 minutes respectively, Saliba and Guendouzi have spent more Ligue 1 time on the pitch than any of their ‘OM’ (Olympique de Marseille) team-mates.

It is testament to the impact Saliba has had in just a couple of months that he is already following in the footsteps of a great former Marseille defender in Marcel Desailly by being nicknamed ‘le Roc’ (the Rock).

So impressive was the 20-year-old St Etienne academy graduate in Marseille’s recent 0-0 home draw against a PSG side featuring Kylian Mbappe, Lionel Messi, Angel Di Maria and Neymar that the club was moved to put out a two-minute compilation video of the player’s personal highlights via their official Twitter feed the morning after the match.

Meanwhile, Guendouzi is one of those Paris-born players that heads 800km south and suddenly discovers his natural home.

The unpredictable energy and passion of the place suits his temperament. The curly haired midfielder especially loves the communion with fans at the club’s Stade Velodrome, a cathedral of colour and noise where the average attendance is topping 55,000 this season.

While continuing to present as though he would willingly start an argument in an empty room — the French media has used the phrase ‘trash talker’, in English, to describe him — Guendouzi has shown there is so much more to his game.

A stamina monster, the 22-year-old’s will to win is being channelled correctly for now. With two goals in 12 Marseille league appearances, he has already scored as many times as he managed in 61 starts for Arsenal and on loan at Hertha Berlin last season.

Gunners fans watching from the other side of the channel must wonder when — if ever — they’ll get the chance to see the pair in Arsenal colours.

Guendouzi’s fate is all but sealed: a permanent move to Marseille will be automatically triggered when his loan ends next summer. Arsenal will recoup the £8million they paid to sign him from Lorient in 2018.

For Saliba, things are in flux: Marseille have no option to buy, yet the player’s relations with manager Mikel Arteta remain hard to discern.

Saliba was frozen out last season before being loaned to Nice, and then Arsenal splashed out £50m on Ben White.

A decision will be made at the end of the season but Ligue 1 fans know what they are seeing.

Saliba’s too magnificent a prospect for Arsenal to let him slip away.

How to get your Metro newspaper fix

Metro newspaper is still available for you to pick up every weekday morning or you can download our app for all your favourite news, features, puzzles… and the exclusive evening edition!