Arsenal ‘are STILL paying over 90% of Mesut Ozil’s huge £350,000-a-week wages’ despite the German joining Fenerbahce on a free transfer back in January… and they won’t be free of his mega-contract until the end of June

Cash-strapped Arsenal are paying Mesut Ozil more than £315,000 a week not to play for them until the end of the season, it has been claimed.

The controversial German, who was frozen out by manager Mikel Arteta at the start of the season and left out of the club’s squad, joined Fenerbahce on a free transfer during the January transfer window.

But instead of freeing themselves of Ozil’s huge contract once and for all, it has been reported that the Gunners are continuing to pay the majority of the star’s wages. 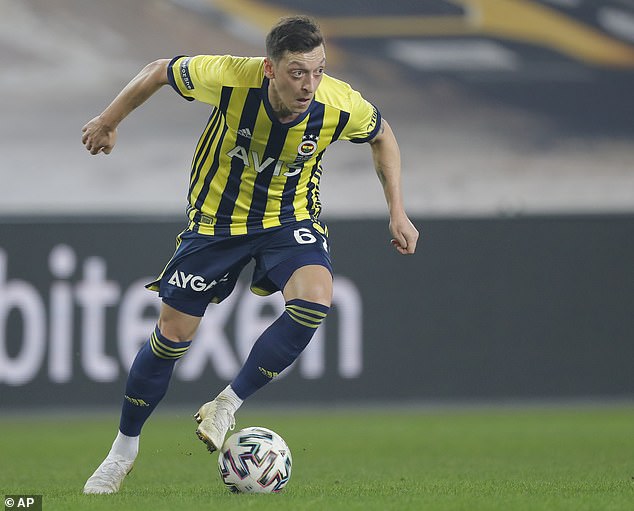 Mesut Ozil joined Fenerbahce in January but is still being paid by Arsenal, it has been claimed 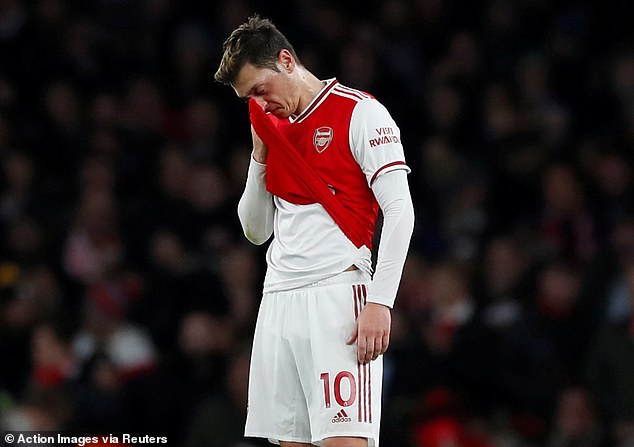 The Athletic claim that the Premier League side are paying ‘more than 90 per cent’ of the 32-year-old’s previous £350,000-a-week salary until the end of June.

Ozil’s Arsenal deal had been due to expire this summer and an agreement was reached to terminate the contract over five months early.

However, The Athletic’s report suggests that the former Real Madrid playmaker managed to negotiate keeping his full pay until the summer, after which he will take a hefty cut for the remaining three years of his deal with Fenerbahce. 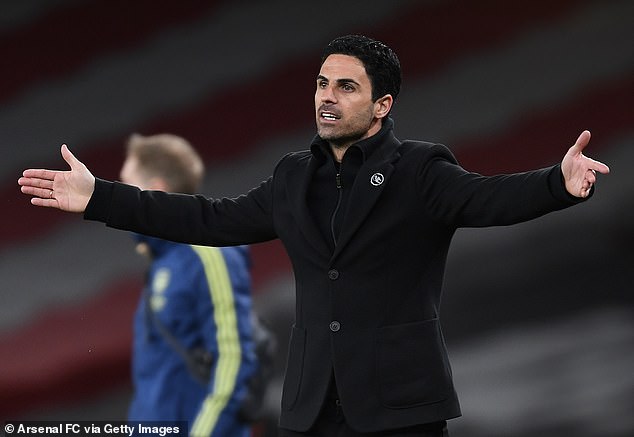 The Turkish side are currently paying less than than £35,000 a week towards Ozil’s salary, with previous reports claiming he had agreed a deal worth £68,000 a week in order to make the move.

Arsenal smashed their wage structure to make Ozil the highest paid player in their history back in January, 2018, handing him a three-year deal worth £350,000 a week.

That decision soon became a drain on the club’s finances, with Ozil falling both out of form and out of favour under former boss Unai Emery, and then Arteta. 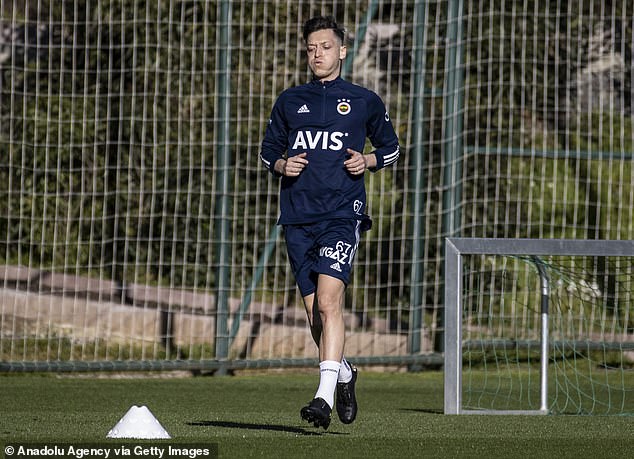 Arsenal will finally be free of the former Germany star’s wages this summer, with a number of players set to leave to free up funds for Arteta’s rebuilding plans.

The Athletic claim that David Luiz will depart on a free transfer, while loan deals for Dani Ceballos and Mat Ryan will not be extended beyond this season.

Midfielders Lucas Torreira and Matteo Guendouzi are both likely to be sold after being shipped out on loan this term, while there is said to be ‘uncertainty’ over the futures of Hector Bellerin and Reiss Nelson.

Ozil, meanwhile, has endured a nightmare start to his career at Fenerbahce, making just seven appearances due to a ruptured ankle ligament.