Reports in Holland suggest that there may be some changes in the Arsenal boardroom, with Marc Overmars reportedly interested in a role at Arsenal. The former Gunner has impressed at Ajax as the club’s director of football in recent years.

Arsenal manager Mikel Arteta could soon have former Gunners star Marc Overmars on board at the club in a board role.

Overmars has impressed at Ajax as the club’s Director of Football, where he is in charge of identifying top talents for the club.

Ajax have made huge profits on the likes of Donny van de Beek and Frenkie de Jong in recent years.

Overmars is now looking for a move to an ever bigger club though, according to reports in Holland.

JUST IN: David Luiz opens up on private Willian chats and has message for fans 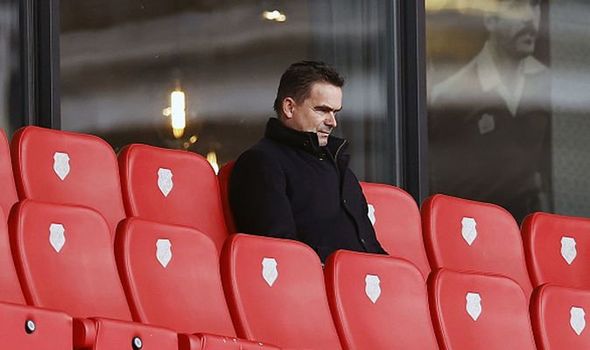 The ex-left winger is said to be keen on a role at either Arsenal or Barcelona, where he would presumably work in a similar role.

“At Ajax, everything in terms of transfers ends up on the plate of director of football affairs Marc Overmars,” De Telegraaf football writer Valentijn Driessen wrote.

“He wants nothing more than to be the spider in the web that guards all the lines. Delegation is not his forte, but the Haller affair proves that a “right hand” is harmless. 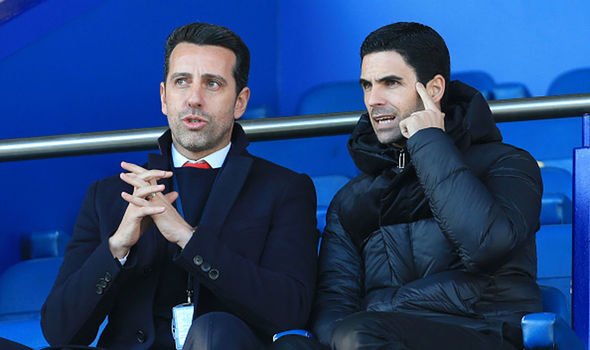 “It is an open secret that he does not reject a new challenge at a major foreign top club or with his former employers FC Barcelona and Arsenal.

“He has been associated with those two clubs before.”

Technical director Edu insists that he and Arteta work closely on transfers in the current system he employs at Arsenal.

He told The Athletic: “Mikel has to be involved in recruitment, he must. We talk about what we need, the characteristics of the players, the system we’re going to play and then I start the process internally.

“That’s my role. If he has names, if he advises or wants advice on players, that’s fine. If he wants to talk to the other guys (like scouts) of course he will talk to them, but normally that’s my process.

“That’s why the relationship between us needs to be very strong.

“I have to understand his points and he has to understand the club’s points. Then we build everything together — that’s the main point.”