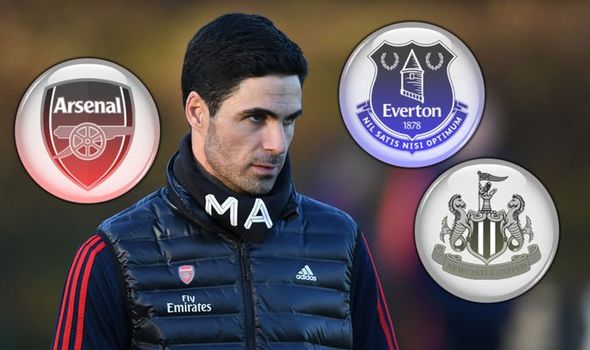 Mikel Arteta has been warned that Arsenal will be under threat from Everton and Newcastle in the coming years unless he gets the recruitment right.

Should the season resume after the coronavirus pandemic, the Gunners appear braced to finish outside of the Premier League’s top four for a fourth straight season.

They appear extremely likely to be headed into the 2020-21 campaign without Champions League football for a third successive year, having previously qualified for the competition for 20 consecutive seasons.

The north Londoners have slipped to the bottom of the ‘big six’ pile with Manchester United seemingly on the up again after the acquisition of Bruno Fernandes.

And Arsenal legend Kevin Campbell fears the ‘big six’ could grow into a ‘big eight’ in the next few years with Everton and Newcastle coming into the mix. 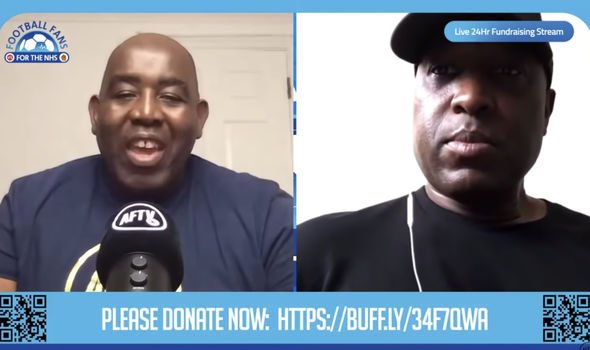 The Toffees are in the process of building a new 53,000-seater stadium on Liverpool’s Bramley-Moore Dock which they hope can elevate their status once again.

Everton have not won a trophy since 1995 but remain one of the most decorated clubs in the country.

Backed by majority shareholder Farhad Moshiri and Russian billionaire Alisher Usmanov – who is a long-time business partner of Moshiri’s – Everton are looking to bridge the gap to neighbours Liverpool.

Newcastle, meanwhile, are the subject of an imminent £300million Saudi-led takeover to end Mike Ashley’s controversial 13-year tenure as owner.

That would see 80 per cent of the club owned by the Saudi sovereign wealth fund, with Yasir Al-Rumayyan – the governor of the Saudi Arabian Public Investment Fund (PIF) – becoming the club’s new chairman.

The PIF boast total estimated assets of around £320billion, which would dwarf that of Manchester City’s Sheikh Mansour, the deputy prime minister of the United Arab Emirates who has pumped over £1.6bn into the club across 12 years.

Mansour’s fortune is around £23.3bn and the City chief was previously the wealthiest owner in the Premier League, but will fall to second once Newcastle’s takeover is completed.

The Magpies’ new bosses are expected to pump plenty in as the north east club look to end a 51-year wait for a major trophy – having finished higher than 10th in England’s top flight just once since 2005-06.

And Campbell fears the huge sums of money available to Everton and Newcastle could see them become major forces.

Speaking on the Football Fans For The NHS charity live stream, Campbell said: “No, no chance [they’re not coming to mess about].

“Look one thing I do know, I’ve been so privileged to go around the world and meet different people, Middle East and all that kind of thing. They want to win.

“Money is no object to these guys – they’ve got the funds.

“Now, this could be that kickstart. You talk about top six – it’s the big eight again.

“It’s a big eight coming up because if these guys start investing wisely and building them squads, then there’s going to be a lot of moving and shaking going on in the Premier League.”

Of the squad rebuild he wants to see, Campbell added: “Whether we like it or not, money’s going to dictate a lot of what Arsenal do.

“I think there needs to be a ruthless streak going in.

“There’s been a lot of players there who have just sort of done enough and Arteta’s taken over and they’re improving but we know they’re not good enough.

“I think there’s got to be a cull, there’s probably eight players I’ll have out. Eight or nine players.

“I’ll clear the deck. They haven’t been good enough for two, three, four – however many – seasons now.

“No, there has to be drastic changes and it needs Arteta to be ruthless. If it was me, there’d be eight or nine gone.”