Former Tottenham boss Tim Sherwood has claimed that it would not have been Mikel Arteta’s decision to send defender William Saliba out on loan last season, and that the manager could have done with the Frenchman. Saliba put in a Man of the Match performance on Friday night during Arsenal’s 2-0 win away to Crystal Palace on his Premier League debut, despite making a £27million move to the Emirates in 2019.

“I am sure Mikel is asking the same question that you [Jeff Stelling] just asked,” Sherwood said during Sky Sports’ Soccer Saturday. “Why wasn’t he here last year? Because it wouldn’t have been Arteta’s decision to loan him out.

“I am sure it would have been Edu’s, the sporting director, he will have said ‘No, he needs a year’, and it’s alright sending someone out for a year, a talent like that if you have got the replacement back at home but they clearly never had that.

“So he has probably missed him for a year. He could have been further forward with his development if he played last year, he would have done no worse than a lot of players who played centre-half for Arsenal last season.” 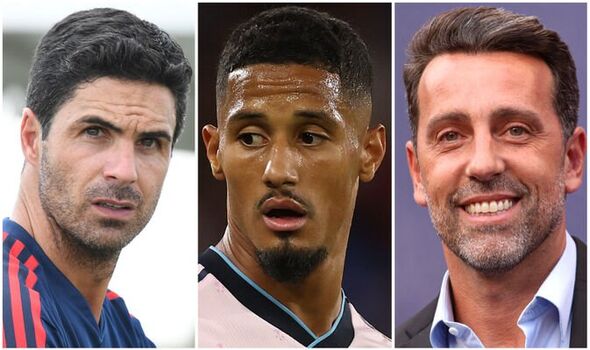 Arteta was also impressed with Saliba’s performance at Selhurst Park. “I think he was superb tonight,” Arteta told Sky Sports on Friday. “The way we started the game, the first half-an-hour was superb, we should’ve scored one or two.

“If you want to win here you’re going to have [to] dig in, we had to a play a game we didn’t really want to play, they put four physical players on your last line. From there you have to manage the game which is not easy because they are so good.” 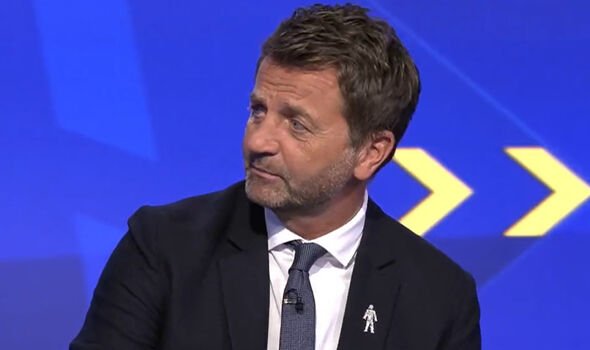 Saliba admitted he had spent a “long time” waiting for his Premier League debut but was happy with his performance and the three points. “Very happy to win today,” the French defender said. “We concede some chances but we were strong and solid. It is like this it is the first game, we knew it would be hard here. We stayed compact and it’s good for the debut.

“Long time waiting for this moment, I’m so happy to start my first game with a win and a clean sheet. It helped me spending two years on loan in France because I’m young and need to play. But I’m back and I hope we make a good season.

“It’s never easy, we have to give the maximum of ourselves and it’s good. It’s the first game, it’s important to win for the confidence. We start well this season.”