Mikel Arteta has admitted he has no regrets about selling Emiliano Martinez to Aston Villa. The Argentinian stepped in for Bernd Leno at the end of last season, helping Arsenal win the FA Cup.

However, Arteta decided to back Leno to be first-choice keeper, leaving Martinez to pursue other options.

Ultimately, Martinez decided to join Villa, signing for Dean Smith’s men in a deal worth around £17million.

The 28-year-old has enjoyed an impressive start to life in the Midlands, keeping three clean sheets in their opening six Premier League games.

Sunday marks his first return to the Emirates, as Villa look to rediscover their form, following consecutive losses.

JUST IN: Thomas Partey ‘could play for’ Liverpool after joining Arsenal 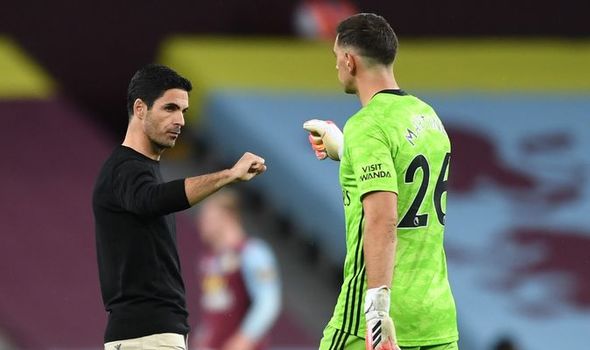 But asked whether he had any regrets about selling Martiez, Arteta said: “No. When we sat down and we believed it was the right thing to do.

“He was still very willing to get the No.1 shirt and play regularly but we had to give him the choice to decide where he wanted to play.

“He has earned a lot of respect in this country, he has been here for 10 years and with his performances for us in the last few months.

“He believed it was the right club for him so I was happy to let him go and make the right decision for his career.” 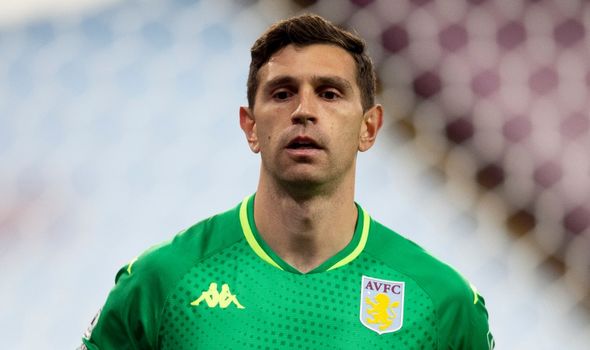 “He knows [the secrets], but I’ve got no worries about that,” Aubameyang told Arsenal’s official website.

“He knows a lot of things, but things can change on the day of the game.

“Emi is a great keeper and a great guy as well. It’s going to be funny to play against him.

“He sent me a message and said, ‘Hopefully you’re going to get a penalty and I’m going to save it.’ I said, ‘OK, be ready for the chip then!’”