Mikel Arteta has opened up on his private discussions with Manchester City boss Pep Guardiola after news broke that the latter’s mother had passed away this week. Spain has been one of the worst-affected countries in the world with thousands of people dying from the coronavirus.

Arteta himself tested positive for COVID-19 last month and has since recovered.

Guardiola, meanwhile, made a huge donation of €1million (£920,000) to help combat the outbreak in Spain.

But the whole of football was in mourning with Guardiola on Monday when it was confirmed Guardiola’s mother had passed away after contracting the coronavirus.

City released a heartfelt statement, saying: “The Manchester City family are devastated to report the death today of Pep’s mother Dolors Sala Carrio in Manresa, Barcelona after contracting coronavirus. She was 82-years-old. 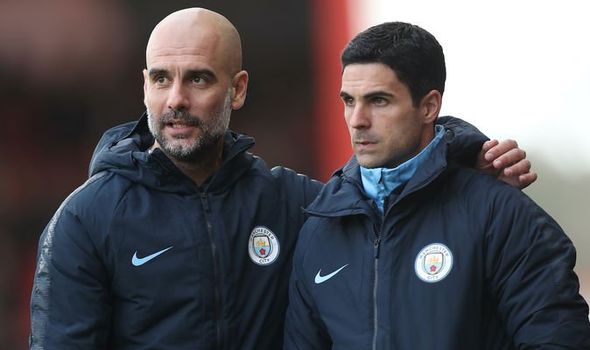 “Everyone associated with the club sends their most heartfelt sympathy at this most distressing time to Pep, his family and all their friends.”

And there was an outpouring of support on social media while several players such as Benjamin Mendy and Ederson lending their kind words.

Arsenal boss Arteta spent just over three years alongside Guardiola as his assistant at City with the pair establishing a close bond.

And the Gunners manager has admitted he reached out to Guardiola privately to check in on his close friend.

“I’ve been in touch with him… he was worried about his parents before because they’re getting older and they’d been trying to isolate,” he told Sky Sports.

“I send my condolences to them and hopefully they can go through that all together.”

Clubs have been trying to find ways to keep a regular interaction with their players with the UK in lockdown and no training taking place.

And Arteta has admitted the current situation could be harder on the younger players. 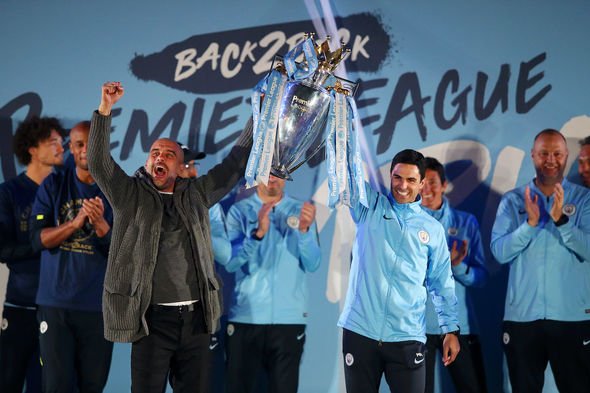 “The experienced players have families around them and kids that are occupying them,” he added.

“Those of us with children only realise now how hard it is at home when we are away from our wives!

“For the young players, some of them are alone in their apartments and there are long days.

“We have to be caring for them and we have to keep them busy and try to do things to improve their development and education.

“I like to make them all think and assess themselves as people, too.

“I’d only been here for three months, so it’s been a chance to get to know them a little bit more, break some boundaries. We’re having some really good conversations.”