Arsenal chief Edu has promised Mikel Arteta support in the January transfer window, according to reports. The Gunners have endured a nightmare season so far, recent victories over Chelsea and Brighton aside. And though there’s been plenty of talk about Thomas Tuchel or Massimiliano Allegri taking over at the Emirates Stadium, that doesn’t appear to be the case.

Arsenal would love to sign a creative midfielder when the transfer window reopens in the New Year.

Having left Mesut Ozil out his Premier League and Europa League squads at the start of the campaign, Arteta realises he needs reinforcements if they’re to climb up the table.

Houssem Aouar has been linked yet appears unlikely, especially given how plucky Lyon can be when it comes to negotiating deals.

Christian Eriksen has too, while Norwich’s Emi Buendia and Barcelona’s Riqui Puig have also emerged as potential targets.

And BBC Sport claim Edu has promised Arteta full support, with financial calculations being made behind the scenes.

Arsenal may finally be able to get Ozil off their wage bill in January. 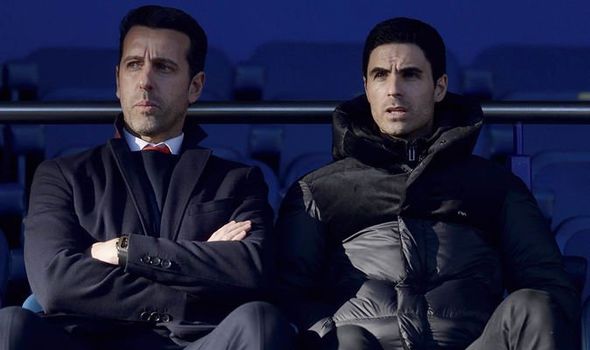 The Germany international is the club’s highest earner in north London, pocketing a massive £350,000-a-week having signed a new contract just two years ago.

Fenerbahce could swoop to sign Ozil, even though reports have suggested his preference would be to remain in the Premier League.

And, by getting rid of the 2014 World Cup winner, that would free up funds for the Gunners to use on attacking reinforcements.

He said: “Christian Eriksen played for the rivals but we all know the quality he possesses, that is for sure. 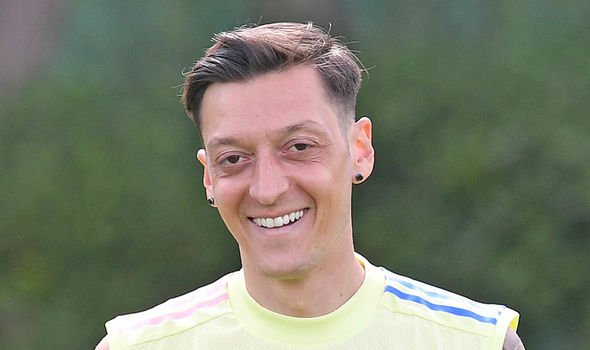 “It is not quite working out for him at Inter Milan right now and I am sure he would be a good addition to Arsenal’s squad.

“I do not care if he played for Spurs – he is a superb player who can bring something to the table for Arsenal.

“I would not mind it if we swapped Christian Eriksen for Granit Xhaka.

“The key is building and fattening that squad up to challenge and you can never have enough quality players.”

Meanwhile, despite Arsenal recently winning two matches on the trot, Arteta has insisted his stance hasn’t been altered.

“The last few results will not change our approach to the window,” he said.

On his side’s win over Brighton, the Gunners boss added: “This period has been so important.

“We had a tough week, it wasn’t so much about performances but about results yet you need results to start the confidence.

“Now with two wins, everybody is in a better mood. We’ve managed to get through this period while maintaining our team spirit and cohesion.

“It has been frustrating with defeats and that can affect the team but hopefully we can now go on a run in a positive direction.”