Raul Jimenez is reportedly at the top of Arsenal’s transfer shortlist when it comes to attacking options this summer and it’s little surprise given his contributions to Wolves this season. It’s an area where the Gunners may have to be active, particularly if one of their star strikers leave the Emirates at the end of the campaign.

Contract negotiations with Pierre-Emerick Aubameyang remain ongoing and the Arsenal captain currently has just one year left on his deal with the clock ticking.

Arteta has ruled out the prospect of Alexandre Lacazette leaving and recently claimed he wants Aubameyang’s situation resolved as soon as possible.

“When I was talking about the uncertain things that we have on the table, obviously he’s one of them,” Arteta said.

“With Auba, I think I’ve been very clear with what I want. The quicker we do it, for me personally, the better because the player will be more focused, more determined and more calm. But we have to respect the timings as well as the needs of the football club.” 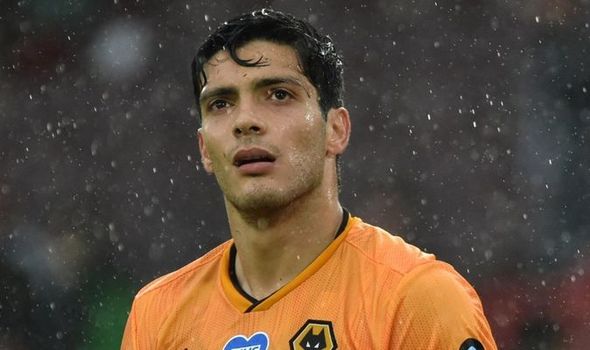 Now according to French outlet Le10 Sport, Arsenal are already beginning to monitor several new targets in case they need to bolster their options going forward.

The reports claims that Wolves centre forward Jimenez is one of the leading candidates to move to the club, because he is available this summer.

Although he may prove a gamble at 29, Wolves will consider selling him at the right price despite their Champions League aspirations.

Jimenez scored against Arsenal at the Emirates earlier this season and has enjoyed a fine second year in England having found the net 17 times in the Premier League.

“It’s not an issue for us, we have a competition and a game to play,” Nuno said.

“We have a lot of things in front of us. It’s not the moment to think about anything else. I’m sure Raul is totally, 100 per cent focused on what he has to do at Wolves.

“They are things which you can’t control, it’s up to you to decide if you pay attention or not. I admire Tata (Martino), he is a big manager, and honestly it doesn’t distract us.” 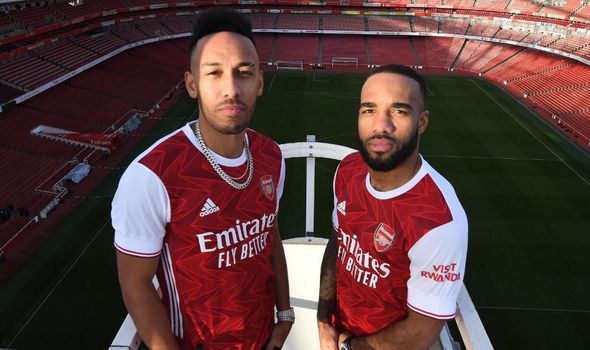 Le10 Sport also claim that Lyon’s Moussa Dembele is of interest to Arteta and the board.

Arsenal have a good relationship with the Ligue 1 side following the £46.5million deal for Lacazette in the summer of 2017.

A winger could also be of interest though and the club are reportedly tracking Memphis Depay and Newcastle’s Allan Saint-Maximim.

The club will need to try and offload Mesut Ozil to free up some funds. He is currently their highest earner and earns around £350,000 a week.

Related posts:
Basketball News:
Leeds in ‘advanced talks’ for former Liverpool target after Josko Gvardiol move fails
Everton edge step closer to fifth summer signing as Atletico Madrid confirm talks
Arsenal transfer theory emerges after fans notice issue with squad numbers
MLB News:
NFL fines Broncos, 49ers, Seahawks for violation of face-covering rules
Florida’s decision likely clears Kraft of charges
The next King of Vegas? Josh Jacobs’ tall task in a new home
Recent Posts
This website uses cookies to improve your user experience and to provide you with advertisements that are relevant to your interests. By continuing to browse the site you are agreeing to our use of cookies.Ok