Arsenal could face competition from Inter Milan in the race to sign Celtic striker Odsonne Edouard this summer. The Gunners are on the lookout for a new forward and Edouard is one of a few players who is reportedly on their radar.

Manager Mikel Arteta and technical director Edu are planning to overhaul the Gunners squad in the off-season after a disappointing campaign.

Arsenal finished eighth in the Premier League despite winning their last five matches in the competition, while defeat in the semi-final of the Europa League provided the campaign’s low point.

The club could look to recruit as many as five new players when the transfer window opens on June 9, with several current players being made available for exit.

The Gunners’ forward line is just one of the departments set for a reshuffle, with the futures of Alexandre Lacazette and Edddie Nketiah uncertain.

According to The Telegraph, Arsenal are considering a move for Lyon’s Moussa Dembele or Celtic’s Edouard if new arrivals are needed. 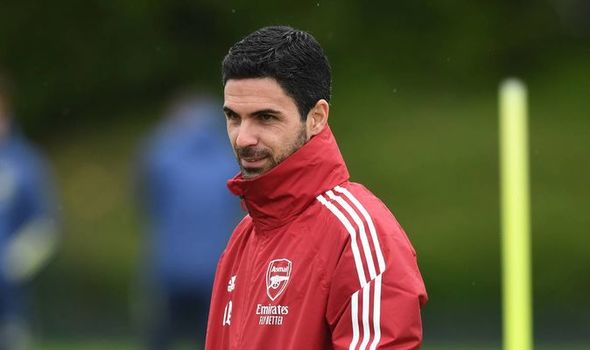 Edouard is reportedly available for around £15-£20million this summer, with the 23-year-old about to enter the final year of his contract.

Leicester City have also been linked with the Frenchman – and now Inter Milan have added their name to the mix.

Inter are braced for a busy summer following the departure of Antonio Conte, with new manager Simone Inzaghi facing a battle to hold onto his best players.

Despite winning Serie A, the Italian giants are under financial pressure and may have to sell some of their most prized assets, like Romelu Lukaku, Lautaro Martinez and Achraf Hakimi in order to balance the books.

If Lukaku, Martinez or Alexis Sanchez leaves then Inter could move for Edouard, according to Calciomercato.com.

Edouard scored 22 goals in 40 appearances for Celtic last season and has also caught the eye while playing for France’s Under-21s.

It looks likely that he will leave the Scottish club this summer, after Celtic fell way short of the standards set by rivals Rangers.

Both Lacazette and Nketiah will enter the final 12 months of their contracts with Arsenal at the end of June and will face a decision on their futures.

As well as considering attacking options, Arsenal are in the market for a left-back, right-back, goalkeeper and central midfielder.

“We are looking to improve and be much closer than where we are at the moment. In order to do that there are certain things that we have to improve,” Arteta said in May.