Arsenal may be able to provide Liverpool with a defender Jurgen Klopp knows really well in January. Sokratis Papastathopoulos spent two years under Klopp at Borussia Dortmund between 2013 and 2015. And the Greece international may be the player who could solve Klopp’s current problems at the back.

Liverpool are set to be without both first-choice centre-backs for the majority of this season.

Virgil van Dijk suffered an anterior cruciate knee ligament injury last month to all but rule him out of the rest of the campaign.

Meanwhile, Joe Gomez suffered a knee injury in England training on Wednesday, though Liverpool remain hopeful he will play a part later in the season.

That leaves Liverpool desperately short of experienced central defenders for a busy period up until the end of the year. 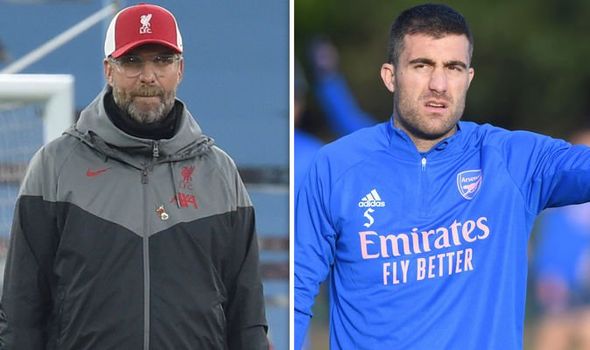 Klopp will have to get by with playing Fabinho at the back once he recovers from a hamstring problem and also hope Joel Matip can maintain his fitness.

Otherwise, youngsters Rhys Williams and Nat Phillips could be called upon on a regular basis.

But once the January window opens, Klopp will surely have to bring in at least one new defender to try and save the club’s season.

Buying in the winter window is notoriously difficult and clubs are likely to increase their asking prices.

But when it comes to Sokratis, there is a player available at a relatively small fee.

The 32-year-old’s contract at Arsenal is set to expire at the end of the season.

The Gunners were willing to let him go in the summer but were reportedly not able to settle on a fee with Napoli.

Sokratis was not named in either of Arsenal’s Premier League or Europa League squads, so is not set to feature until February. 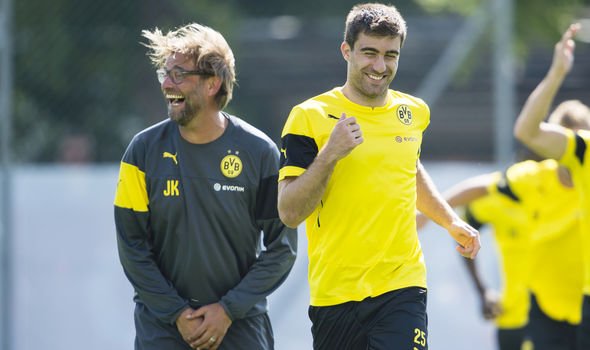 He is clearly not in Mikel Arteta’s plans and a deal should be relatively straightforward.

He made 74 appearances under Klopp at Dortmund after signing from Werder Bremen in 2013.

Sokratis spoke glowingly of the Liverpool boss in an interview shortly after leaving Dortmund for Arsenal in 2018.

“Out on the pitch his mentality is to win, off it he was very friendly with the players and I’m very happy I had two years with him.”

Sokratis will be used to the style of football Klopp likes to play so would be able to settle in quicker than others.

It is a deal that you could see being completed as soon as the window opens.

Klopp would then be able to relax slightly and would have the remainder of the window to pursue a more long-term target.

It is a deal that makes sense and one that Arsenal would allow to happen, barring an injury crisis of their own.