Real Betis have already contacted Arsenal to register their interest in signing Hector Bellerin this summer, according to reports. Bellerin has slipped down the pecking order at Arsenal and could leave as part of a summer rebuild at the club.

The 26-year-old defender has been consistently linked with a move to Barcelona and the Gunners have reportedly already identified some possible replacements.

Arsenal manager Mikel Arteta and technical director Edu are ready to undertake a clearout in the off-season following a disappointing campaign, which saw the side finish eighth in the Premier League.

Bellerin is one of several players who could be sold to raise funds to reinvest in new players after losing his place in Arteta’s side to Calum Chambers in recent weeks.

The Spanish right-back has another two years left on his contract but it appears likely that Arsenal will make him available for transfer if offers come in.

According to ABC de Sevilla, Real Betis have identified Bellerin as a priority in the summer transfer window and have ‘already contacted’ his agent and the Gunners.

JUST IN: Ibrahima Konate has Liverpool transfer ‘expectation’ ahead of move 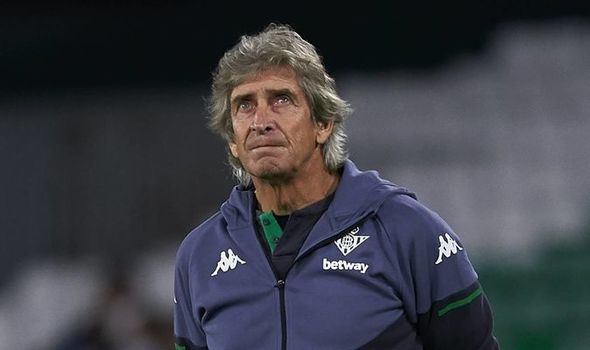 Manuel Pellegrini’s side have tried to sell Bellerin on their ‘very serious project’, but would prefer to take him on loan if possible.

That is because his high wages could provide an obstacle to any move, as well as interest from ‘many other sides’.

While Bellerin was born in Barcelona, his father is a supporter of Real Betis – something the Seville-based club are hoping might work in their favour.

While Arsenal failed to qualify for any European competition, Real Betis finished sixth in La Liga to earn a spot in next season’s Europa League.

Bellerin made 35 appearances across all competitions for Arsenal this season, contributing one goal and two assists in the Premier League.

But his status as the Gunners’ first-choice right-back has been increasingly put in doubt recently, with the emergence of Chambers giving Arteta another option.

Tottenham and Chelsea on red alert over Gianluigi Donnarumma

Arsenal are reportedly chasing the signature of a new right-back this summer, with Inter Milan’s Achraf Hakimi, Norwich City’s Max Aarons and Brighton’s Tariq Lamptey all on the club’s radar.

The Gunners already have Cedric Soares on the books, while Rob Holding has also proven himself capable of filling in at right-back if needed.

As well as a right-back, Arsenal are thought to be targeting cover at left-back, goalkeeper, central midfield and up front.

“We are looking to improve and be much closer than where we are at the moment,” Arteta said earlier this month.

“Now it is how we evolve, there are a lot of things that had to be done and they have been done, a lot of changes to make and a lot of them have been made.”